After the Global Financial Crisis, we failed to borrow to invest in a low-carbon economy and instead prematurely adopted austerity policies. The result, says Dimitri Zenghelis (LSE), was a wasted decade of rising emissions, stagnating average wages and eroded trust in institutions. We now badly need to encourage sustainable and inclusive growth.

Back in 2014, I wrote a review for the journal WIREs Climate Change which argued that the world needed markedly higher investment in a resource-efﬁcient, low carbon economy. Public borrowing funded at favourable rates would, I concluded, play a crucial role in unlocking private investment in low carbon infrastructure and boosting global productivity.

For the most part, that opportunity was squandered. The failure to utilise active fiscal policy contributed to growing private indebtedness, limited productivity and wage growth and widening inequality. This helped erode trust in institutions. All the while, emissions continued to rise as national recovery packages generally failed to embody sustainability.

Frail private confidence restrained spending while too much desired saving chased too little desired investment. This drove real risk-free interests rates to below zero. Negative rates in turn seriously tested the efficacy of monetary policy, fuelling asset price rises that disproportionately benefited the rich at a time when average earnings were stagnating.

A fundamental error was introducing austerity programmes to balance budgets prematurely following the crash of 2008. This exacerbated the problem of excess net saving. Research suggests it cost European countries a decade of lower growth relative to the US, which adopted a far more relaxed fiscal stance.

The journal recently asked me to update my paper for the current environment. This time, as well as noting the disappointing record of the last decade, I found grounds for optimism that a more coordinated response towards generating an ambitious transition to net zero emissions might contribute to a strong, sustainable and resilient recovery. But policymakers must move fast to grasp the opportunity.

The global economy is changing. Market participants increasingly recognise that the infrastructure, skills and ideas of the last century are becoming a liability. Resource- and carbon-intensive physical, human and knowledge assets risk becoming devalued or stranded. This is affecting asset prices today, even as fossil fuels continue to play an active role in the economy, and is why the Financial Stability Board’s Task Force for Climate Related Disclosure is calling for mandatory disclosure and stress testing of assets.

Public investment in complimentary assets alongside supportive policies and institutions which ‘crowd in’ sustainable and resilient private finance are therefore key to future prosperity. They induce private innovation, generate efficiency and bolster the structural resilience of the economy. This historic growth opportunity has been reflected in large stimulus and recovery packages adopted in the US, EU and elsewhere, which place clean investment at centre stage.

Yet the call for more public investment, following an unprecedented government response to the global pandemic, has understandably raised concerns about fiscal space. Public debt relative to output is already close to historic highs in many countries. It has also rekindled fears of the return of inflation, in an environment of record broad money supply growth and surplus liquidity.

Despite all this, the risks from higher public debt in the short term are far lower than the likely benefits. There are increasing opportunities associated with a public sector drive to steer a zero-carbon economy while expanding capacity. The IMF Fiscal Monitor for October 2020 suggests that an additional £1 in public borrowing to invest in “job-rich, highly productive, and greener activities” would generate an extra £2.70 of additional output. Crucially, the markets agree: they continue to lend to governments at real interest rates which remain at near-record lows. This in turn reflects a recognition that the most promising way to bring down public debt in the medium term is to borrow to invest now.

This shift in expectations is key. There is a growing understanding that sustainability is not only compatible with growth, it requires it. Previous studies such as the New Climate Economy and LSE research have reminded the world of the urgent need to strengthen the quality and resilience of natural assets and broaden access to these assets. They also point to numerous near-term opportunities and co-benefits from tackling particulate pollution, congestion, ill-health, biodiversity loss, inefficiency and waste and building more attractive, liveable cities.

But policymakers must act quickly and carefully to ensure that change is in the interest of the many. This means compensating, re-skilling and retooling those who stand to lose out. Ensuring a just transition will be central to maintaining social cohesion.

Failure to grasp the opportunity to ‘crowd in’ resilient, sustainable and inclusive growth. means the legacy of the pandemic might be a series of damaging social, environmental and economic emergencies. By limiting investment in efficiency, innovation and skills, they also stand to hold back growth. There is no time to re-enact the wasteful policy mistakes that followed the crash of 2008. If I have to repeat this narrative again in seven years, it could well be too late.

Dimitri Zenghelis is a Visiting Researcher at the Grantham Research Institute on Climate Change and the Environment and a Special Advisor on the Wealth Economy at the Bennett Institute for Public Policy, University of Cambridge. He was previously a Principal Research Fellow at the Grantham Research Institute, and prior to that Co-Head of Policy there. Before that, he headed the Stern Review Team at the Office of Climate Change, London, and was a senior economist on the Stern Review on the Economics of Climate Change, commissioned by Gordon Brown. Before working on climate change, Dimitri was Head of Economic Forecasting at HM Treasury.

The 2020s will be a crunch decade that will determine the UK’s trajectory into the mid-21st century May 18th, 2021 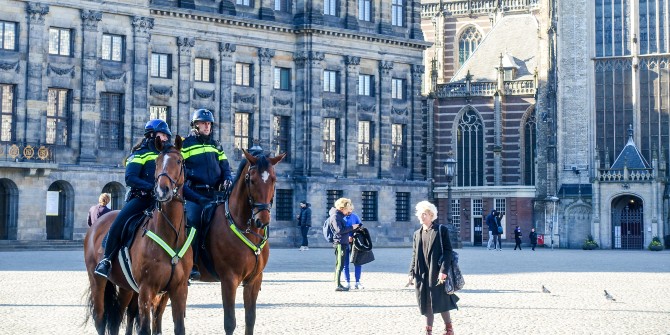