The outgoing editor of the LSE’s COVID-19 blog, Ros Taylor, on a tumultuous two years.

The School of Public Policy’s COVID-19 blog closed to new contributions at the end of May 2022. ‘Does this mean the pandemic is over?’ people have asked me half-jokingly. No, of course not — though a deadly new variant permitting, I hope we are closer to the end than the beginning. In most parts of the world, with China the obvious exception, COVID is now endemic.

In some respects, the 1918 ‘Spanish flu’ pandemic and COVID played out in similar ways — despite the fact that the former was not even recognised as a virus, let alone susceptible to a vaccine. In a fascinating post last year three Spanish academics (one of them based at the LSE) looked at the impact the 1918 pandemic, which also hit in waves and persisted into the early 1920s, had on Spain itself.

Mortality was not equally distributed across different social classes, being higher among the poorest. Spanish flu did not lead to wage increases. And its economic consequences were short-lived, and did not result in institutional reforms and economic development.

Capital gains remained unaffected or positively affected, in the case of house prices, by the pandemic shock. In other words, if anything, the 1918 flu increased inequality.

Renters can certainly empathise with that. The early optimism that we were ‘all in this together’ faded rather quickly. It became apparent that some of the UK’s emergency COVID loans were abused by fraudsters. LSE COVID-19 has taken an extensive look at procurement, which in the UK (and elsewhere) was used by some senior politicians to enrich their friends and business contacts. Test and Trace has absorbed vast amounts of money, but the better-off were usually able to avoid the financial costs of self-isolation, and sometimes the psychological ones too — and when the more contagious and faster-spreading Omicron variant arrived, contact tracing became far less effective. Wage inequality in the UK is rising. Fewer of us are working, often because of long COVID or knock-on delays to NHS treatment.

Partygate is the most striking example of the gulf between the isolation and suffering experienced by many ordinary people and the behaviour of some of those in power. But it was already clear that the police were struggling to enforce COVID regulations fairly, thanks to unclear and rapidly-changing law and guidance (the two were often confused). One of the most interesting and under-discussed questions to emerge from the pandemic is whether strict laws were a helpful signal to the public to understand their social obligations, as the LSE’s Jonathan Jackson has argued, or whether similar compliance could have been achieved without resorting to legislation.

The COVID-19 blog has also drawn attention to the difficulty of making comparisons between countries’ responses. At various times, different people have praised East Asian, Scandinavian and Australasian policies. For a while zero COVID might have seemed achievable. But what seemed to work at one stage of the pandemic in one culture evidently did not elsewhere, or when more transmittable variants came along. The LSE’s Social Policy department has pointed out the difficulty of comparing things like infection and death rates when countries define and record them differently. Globally, we will never know exactly how many people have died of or with COVID.

LSE is a social sciences university, so the COVID-19 blog has never tried to be a source of medical or epidemiological expertise. We are not in a position to say, for example, how effective face coverings have been; but we have offered insights into how people feel about wearing them, how they feel about other people wearing them, and how governments might encourage people to adopt them.

As editor, I have tried to draw attention to the experiences of those who have lacked a voice during the pandemic. Perhaps they were a young person in jail, someone trapped by a closed border, a child struggling to learn at home, or Roma living in Italy whose government wanted them to get the COVID vaccine but was untroubled about evicting them at the same time. An Africa at LSE team studying Uganda has shared some particularly fascinating insights into attitudes to COVID and vaccine hesitancy. It has been sobering to realise that what constitutes a life-changing crisis in the UK may be the least of someone’s problems elsewhere.

COVID has changed our lives in ways we are still trying to understand. The city is not dead. People are eager to travel for leisure, and predictions that we would fly less for leisure seem unlikely to come to pass. But hybrid working, and what it means for public transport, are issues that governments have yet to properly address. People’s willingness to help each other out locally is often hailed as one of the positive things to emerge from the pandemic, but a self-reliant, ‘15-minute city’ may not necessarily be good for social mobility, as a popular post by Ed Glaeser pointed out.

As Rishi Sunak is discovering, it can be hard for an interventionist government to stop intervening when the next crisis comes along. And in that way, COVID is very different from the 1918 pandemic. It has shown us just how much macroeconomic, scientific and legal firepower can be deployed by a government when it chooses to act. (International institutions like the WHO, on the other hand, often fell short.) The speed and success of the vaccine rollout — in the UK, at least — shows the good this colossal effort can do. But massive state intervention carries risks that are not just financial and are far from short-term, particularly when it leads to the suspension of education. The sums spent on keeping businesses and incomes afloat have not been matched by a commitment to helping children who have lost many months of schooling. And it was abundantly clear that many people, some of them health workers, did not want the vaccines that their governments scrambled to buy. The mutual incomprehension and societal divisions this has stoked will play out for years.

After the 1918 pandemic, as LSE Anthropology researchers have noted, there was also a reluctance to engage with the scale of the human losses and individual grieving. Perhaps people were numbed by the experience of the first world war. This time, it is clear that people want their loss to be remembered. Perhaps the fact that so many died separated from their loved ones, witnessed only by a nurse holding an iPad, has made this need all the more acute.

On a frivolous note, regular readers may have noticed that posts about working from home have often been illustrated by cats. This was quite deliberate. I did not have a cat during lockdown. I wish I had — and the impact the pandemic has had on pet ownership in Britain is surely worth an academic paper. In the meantime, I feel lucky to have had the chance to bring so much thinking and research to a wider audience, and sincerely hope that there will be no ‘LSE SARS-24’ to edit.

This post represents the views of the author and not the COVID-19 blog, nor LSE. In June 2022 the LSE Festival will ask how to shape the post-COVID world in a series of live and virtual events.

Ros Taylor was Managing Editor of LSE COVID-19. She presents the Oh God What Now? and Bunker podcasts, is a freelance editor, and is writing a book about the future of trust.

Posted In: #LSEThinks | Democracy and rights | Governance and state capacity | Inequality and social infrastructure | Politics and global governance | Restructuring business, trade and the future of work | The experience of young people | The future of cities | The macro economy | Welfare and public policy trade-offs 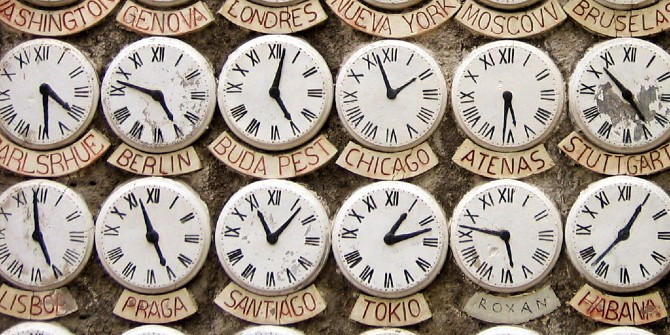 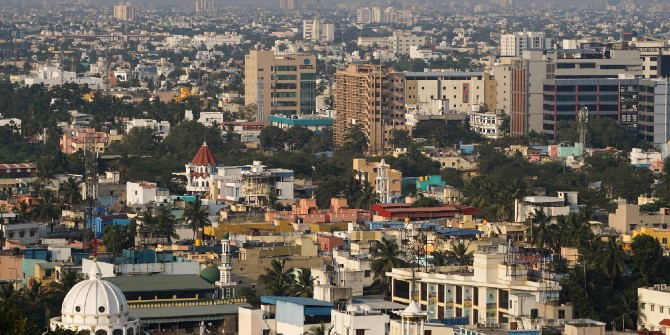