Class dictated who could protect themselves from COVID and who was more likely to get sick and die, says Akshay Pendyal (Yale). Until medicine and public health researchers begin to study class and health in radically different terms, these inequities will persist.

Browsing the archives of the British Medical Journal, I recently came across a paper from 1981, “Social class and coronary disease”. The authors used decades’ worth of data from nearly 18,000 British male civil servants to examine mortality from coronary heart disease (CHD, or plaque buildup in the walls of the heart’s arteries, which can lead to a heart attack).

The gist of the paper is this: the risk of dying from CHD steeply increases as one descends the occupational ladder from professional positions down to those of manual labourer—this, despite the fact that all of the participants, as members of the civil service, presumably had access to the same (or similar) healthcare. The authors note that differences in smoking could account for some of this gradient, but on the whole, “a man’s employment status was a stronger predictor of his risk of dying from coronary heart disease than any of the more familiar risk factors.”

This conclusion fits nicely with our everyday understanding of class, which is gradational: classes are defined as rungs on a ladder, and those rungs correspond to different income/wealth brackets: upper class, upper-middle class, middle class, etc. These class positions are seen as existing almost outside the sphere of human contrivance—people, based on their occupation (and, by extension, how much money they have), are simply “slotted” into their appropriate position within society, and they derive their economic, political, and social advantages accordingly. The implication that follows, then, is that they can move steadily up these rungs with the right combination of grit, determination, and natural allotment of talent (or, for the more liberal-minded, with the appropriate investment in education, job training, access to preventive healthcare, etc.).

There are merits to this mode of understanding class, especially in relation to health—not least of which is that this sort of framework is amenable to study (or at least, the type of study that one is most likely to encounter in medical and public health schools). Data on occupation and income are often available in large, top-down administrative data sets, and they can be linked to measurable, quantifiable health outcomes (e.g., mortality, hospital days, healthcare costs—the sorts of outcomes that academics and policymakers often care about). This sort of analysis forms the basis for the vast majority of research examining the relationship between class and health. The BMJ paper from 1981 was among the first examples, and in the ensuing decades, this basic model, along with its inbuilt assumptions about the gradational construction of class, has remained largely the same.

But there is another way of understanding class that’s just as valuable, and, I would argue, can provide more meaningful information about the connection between class and health. In this alternate reading, class is relational in nature. As the late sociologist Erik Olin Wright notes, in this schema, “classes are not arbitrary divisions along a continuum from lower to upper; they get their names from the social relations that bind them together.” Here, the operative notion is power. Those at the top of the class structure not only possess more economic capital, they also have the power to shape the class structure in a way that benefits them. The implication here, then, is far more radical: the way to improve people’s lot in life is not simply to “lift them out of poverty,” i.e., move them up the ladder, it is to challenge the class structure itself.

There’s been a lot of talk about health disparities pertaining to the COVID-19 pandemic, much of it (quite rightly) centred on racial inequities. But look a bit closer, and the class relations underpinning these disparities come into view. During those first few waves (pre-vaccine—though, it should be noted, there is a distinct class character to the present dichotomy between the vaccinated and the unvaccinated), when lockdowns were at their most severe and everyday life had come to a screeching halt, which patients were filling up our wards and ICUs? The online commentariat gravitated toward the virus’ disparate impact on “communities of colour”—but surely these communities were defined by more than simply varying shades of black and brown. These were (and are) working people: home health aides, nurses’ assistants, food service workers, delivery drivers—the list goes on.

The pandemic’s early victims had the contours of their lives, livelihoods, and eventual deaths shaped by an entirely different set of people existing on an entirely different metaphysical plane: working from home, comfortable, their power unchallenged. Here I am thinking of the researchers whose work naturalises the ladder-like conception of class (and thus, the purported necessity and very existence of low-wage workers); the policymakers who set these workers’ wages; the developers who determine where they can (and can’t) live; the finance and insurance functionaries who adjudicate their credit scores and deny their claims. People who can largely remain unafflicted precisely because they can rely on the necessary, invisible work done by the less powerful. That the less powerful are disproportionately black and brown is a feature of the system, a result of historical processes of which many readers are no doubt aware.

In our present zero-sum political-economic system, the powerful classes, whatever the definition—the rich, the hyper-educated, the professional-managers, the “elite,” the asset owners, the technocrats—they are powerful precisely because so many people are not. The power of the few depends on the immiseration of the many. This is what Wright was getting at.

Take a look at the table of contents of any academic medical journal, and the papers that are ostensibly about class and its relationship to health tend to adhere to the same themes, containing the same assumptions as the BMJ paper published 40 years ago. Discussions of “upward mobility” (there’s that “ladder” imagery again) abound. Nary a mention of an alternate schema through which we might view present-day inequality. Until medicine and public health researchers begin to study class and health in radically different terms, I worry that we won’t get very far in achieving anything resembling health equity.

Akshay Pendyal MD is a Postdoctoral Fellow at Yale School of Medicine. His interests centre on the interactions between racial and economic inequity and health.

Posted In: Health and social care | Inequality and social infrastructure

'It's only 11am and everyone is crying': working-class diaries of lockdown April 19th, 2021 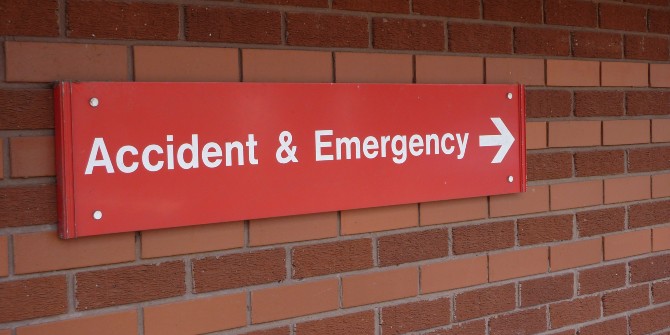 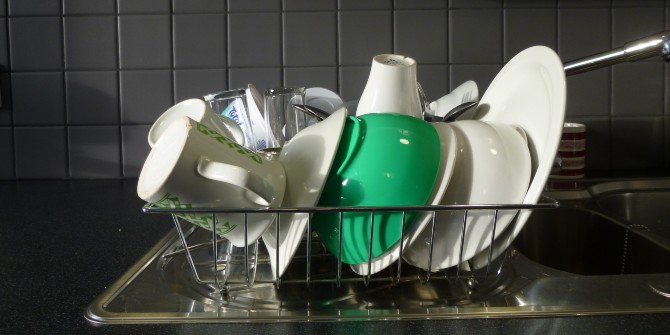