The creative advantage that face-to-face contact confers means that cities are in a good position to thrive after COVID, says Edward Glaeser (Harvard). We should not ignore their role in upward mobility – which, again, demands human contact.

There are many demons of density, and the most terrible of these is contagious disease. The plague of Athens is the first well-documented urban plague, and it struck down a city that was creating collaborative networks of genius. The Athens of the fifth century B.C.E. gave us democracy, great sculpture, architecture, philosophy, mathematics: it gave us history itself, and it flourished at the centre of the Mediterranean world.

The city’s economic and military success excited the rivalry of Sparta, and when it demanded that Athens step down, Pericles refused. Pericles had a cunning military plan that involved bringing in the Athenians behind the walls of the city to protect them from Spartan warriors and then sending out the Athenian fleet. Militarily, the plan worked beautifully, but a virus or bacteria can get in when a Spartan cannot, and disease entered through the port of Piraeus.

Thucydides describes a society gone amok as deaths came in a mysterious and awful way, killing perhaps a quarter of the Athenian population in two years. Athens survived, of course, and soldiered on for another quarter century before finally being defeated by Sparta, but its place at the centre of the Mediterranean world would never quite return.

When the Black Death first appeared in Europe in 541 C.E., it was arguably the force that stopped Justinian’s attempt to reimpose the Pax Romana. It destabilised the west and plunged us into centuries of rural poverty, feudalism, and warfare.

But for most of the past 650 years our cities have been more robust to urban disease. In the nineteenth century cities not only survived pandemics but thrived. That partially reflected the fact that people were willing to put up with the threat of death to succeed economically, but it was also the point at which governments stopped being solely agents of death and started giving life as well – by building sewers and aqueducts and spending money on public health. The 1918 influenza pandemic caused a short, sharp shock as factories and mines closed down temporarily, but ultimately people kept on buying cars and iceboxes despite the pandemic.

During the age of automation, the ability to serve a cappuccino with a smile became a safe haven for unskilled workers. But those jobs can disappear in a heartbeat when the smile turns into a source of peril. The enormous economic disruption of COVID was only reduced by government expenditure on a massive scale.

The view that technology like Zoom will make face-to-face contact obsolete is not new. Alvin Toffler prophesied in 1980 that it would lead to forests of empty skyscrapers, just as cars, radio, TV, and container ships had made urban factories relatively obsolete. Yet for 40 years he was completely wrong, because those technologies made face-to-face contact ever more valuable. They increased the returns to innovation.

We are a social species that gets smart by being around other smart people. Trading floors are the ultimate example of very wealthy people who are willing to put up with a great deal of crowding, because in their industry knowledge is more important than space. If technology were killing off the need for face-to-face contact, why would Google do everything it could to make sure people were working alongside each other on a campus?

Anyone who has ever taught knows that the hard part is not knowing your subject material, it’s knowing whether or not anything is getting through to your students. We have wonderful cues for communicating comprehension or confusion that have evolved over millions of years and are lost when we are not in the same room.

Being promoted means that you have learnt to deal with the difficult calls. How would you learn to do that if you weren’t around other workers?

Nicholas Bloom’s study of Chinese call centre workers in 2015 shows that simple tasks can be done easily remotely, and that we can maintain existing relationships. But while hybrid working is here to stay, there are many shortcomings to remote working. Even though call centre workers are productive, they are much less likely to be promoted, and the on-site promotion rate is almost double that of the remote promotion rate. Being promoted means that you have learnt to deal with the difficult calls. How would you learn to do that if you weren’t around other workers? How would your boss learn that you were good at handling these calls?

The work of Jose Morales-Arilla and Carlos Daboin shows how firms stopped hiring new workers in the early stages of the pandemic if they weren’t going to see them. While Microsoft tells us that their programmers were just as productive when they were at home, new hires for programmers went down between February and November 2020, and research from Microsoft tells their programming teams are failing to make connections across silos. In some respects, the creative process of connection has been breaking down.

Moreover, a remote future is even more unequal than the present. In May 2020 68.9% of elite workers with advanced degrees were remote, whereas only 5% of workers without a high school degree and 15% of high school graduates without college were. This is a future with no jobs for the face-to-face service industries that provide employment for our less skilled workers.

Raj Chetty and his co-authors have shown an extraordinarily positive connection between density and productivity. But upward mobility is lower in cities in the US which are failing to provide opportunities for children from disadvantaged backgrounds. In the US we reduced crime in cities with often brutal policing and by locking up millions of young men, which led to anger and division between young people — particularly people of colour — and police. If this shock doesn’t end quickly and pandemics reappear, then the cost for cities will be enormous. Even if it does, we need fewer regulations that bind small businesses and builders, and we need the scope to experiment to allow cities to grow and adapt to changing working patterns.

This post represents the views of the author and not those of the COVID-19 blog, nor LSE. It is based on Edward Glaeser’s contribution to Survival of the City: Living and Thriving in an Age of Isolation, an LSE Cities event held on 27 September 2021. His book Survival of the City (co-authored with David Cutler) is published by Hachette in the UK.

The 15-minute city is a dead end — cities must be places of opportunity for everyone May 28th, 2021 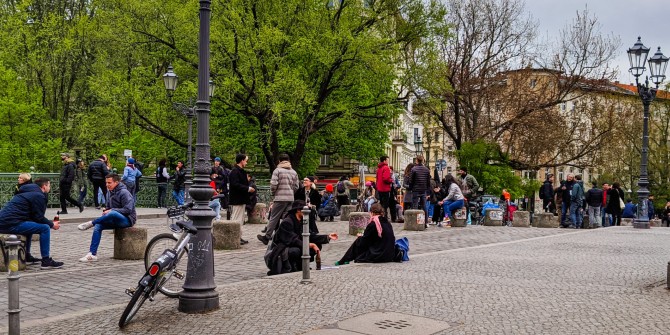 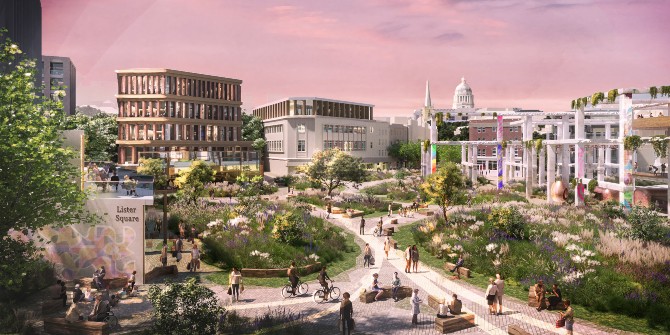 ‘We’re hungry to see each other’: Thomas Heatherwick on emotion in place making