Reuters’ licence to operate in Iraq was briefly suspended because it reported that COVID cases and deaths were higher than the government claimed. It has become increasingly difficult for Iraqis to check the truth of competing narratives about the pandemic, says Aida Al-Kaisy (LSE).

Overt disinformation in the form of such things as fake social media accounts, ‘deep fakes’ and patently false media narrative has become endemic in Iraq. The COVID pandemic provided a new context of uncertainty and anxiety for it to flourish. Since its inception, there has been some evidence of rural and tribal communities, clearly influenced by disinformation, being less likely to visit hospitals when showing signs of illness because trust in the government and associated institutions, including medical, is at an all-time low. As a consequence, the state’s communication and narrative around the pandemic has been usurped by anti-establishment actors.

False narratives that the government were using COVID as an excuse to clampdown on the protest movement and free movement more generally or to delay public sector salary payments were disseminated. Rumours that the virus was created by the US or, in some cases, that it was being used by ISIL to facilitate their return to Iraq were common. These narratives were all reinforced on television and on social media.

Because disinformation has become so ubiquitous in Iraq, it becomes increasingly difficult to differentiate between the veracity of competing media narratives

In late March 2020, a number of Iraqi media outlets reported that a local pharmaceutical company had found a cure for COVID. These reports came after the drug company Pioneer posted on Facebook that it was continuing to provide drugs that might be effective in treating the new coronavirus. The media then jumped on this post, misinterpreting it and spreading false claims. A similar story ran a week later regarding another pharmaceutical company Samaraa, despite both companies denying these reports. This type of disinformation becomes particularly harmful in a country where trust in the medical profession is already low and vaccine hesitancy is high. A report by the Vaccine Confidence Project at the London School of Hygiene and Tropical Medicine which tracked vaccine confidence globally found that one of the key threats to successful vaccine programme is the ‘rapid and global spread of misinformation.’

A recent report in Middle East Eye also suggested that the growth of disinformation around vaccines was ‘undermining attempts to halt the spread of the disease.’ For example, on 2 April 2020, Reuters published an article which claimed that official figures on cases and deaths from the virus in Iraq were inaccurate and higher than that being reported in the Iraqi media. The report referenced three doctors, a representative from the Ministry of Health and an unnamed political figure – all anonymously as medical staff had been told not to speak to the media – who suggested that the numbers of cases were in the thousands rather than the hundreds, as claimed by the Iraqi government. The report alleged that the government was hiding accurate data from the Iraqi public, a claim which has been denied by the health ministry.

In response, the Communications and Media Commission (CMC), Iraq’s media regulator, suspended Reuters’ licence to operate in Iraq for three months and fined them 25 million Iraqi dinars ($21,000). They accused the agency of risking public safety and jeopardising efforts to contain the pandemic. National and international press freedom organisations protested this as a clampdown on freedom of expression and a blatant attempt to misinform the Iraqi public on the spread of the disease. The license was reissued two weeks later following an intervention by President Barham Salih.

An interview broadcast on al-Sharqiya News on 17 July 2020 gave a platform to advisors to the Iraqi government taskforce for COVID who claimed that Iraq would be receiving vaccines from China and the UAE by 1 September. This claim, which was untrue, was circulated across media platforms and broadly believed by the Iraqi public.

It is precisely because disinformation has become so ubiquitous in Iraq that it also creates a context in which it becomes increasingly difficult to differentiate between the veracity of competing media narratives, where the supposed truth of the matter is harder to discern. We need to think more carefully about what we understand by the term disinformation and, by extension, its counterpoint information, as well as the criteria we use to distinguish between the two.

This post represents the views of the author and not those of the COVID-19 blog, nor LSE. It is an edited extract from Disinformation in Iraqi Media, an LSE Middle East Centre Paper, October 2021.

Aida Al-Kaisy is a researcher at the LSE Conflict Research Programme and a media development consultant who has worked extensively on media projects across the MENA region, in particular in Iraq. Her PhD at the School of Oriental and African Studies (SOAS), University of London, focused on journalistic practice and identity in Iraqi newsrooms.

A new policy paradigm from the LSE Maryam Forum: 5. Treat disinformation as a systemic risk to democracy January 19th, 2021 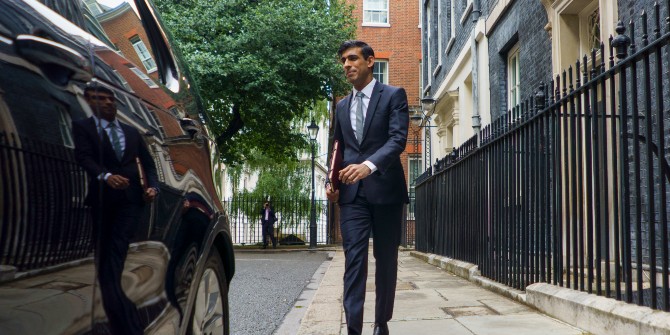 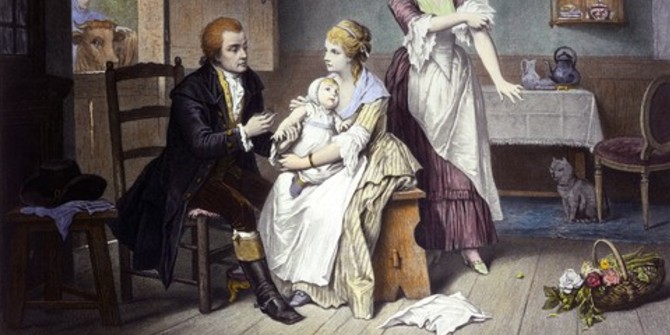 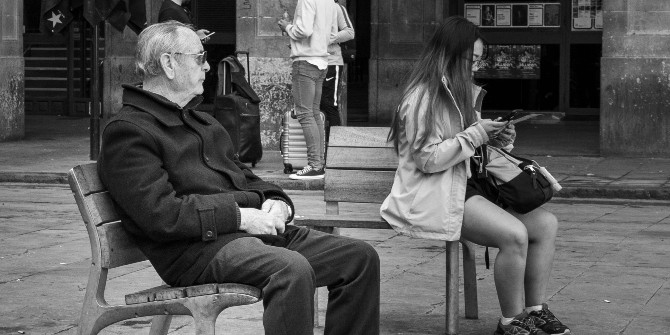