This post was inspired by Tatiana’s Carayannis presentation at a panel discussion entitled “The Changing Landscape of Armed Groups: Doing DDR in New Contexts” on 1 May 2018 in New York. The World Bank Group, UN Department of Peacekeeping and the Social Science Research Council organized the event, and the meeting note can be found here.

Violent conflict has become an increasingly complex phenomenon. Recognizable patterns of armed threats in conflict settings have given way to complicated interactions involving non-state armed groups, criminal gangs, drug traffickers, and terrorists. The territory within which these groups operate has also become more complex, from the communications and weapons technologies they use, to their internationally-networked connections.

As a result, responses to violent conflict are in flux, including in the area of disarmament, demobilization and reintegration (DDR). How can we effectively undertake DDR interventions in these new contexts? DDR has more than a “branding problem” as a P5 ambassador described it in Bangui in 2012, just before the country descended into one of its deadliest cycles of violence to date.

Part of the challenge is in differentiating between conflict and violence. Although the terms may sometimes be used interchangeably, it is helpful to separate out their different dynamics. Conflict itself is found in every society; violence may be an expression of conflict but it can also prevent the public management of conflict itself. Conflict can facilitate violence, but the forces that drive violence are unlikely to be identical to those which spark conflict. Violence is sometimes present without intra-state conflict, as we see in various locations in Latin and Central America. The armed groups that produce enormous violence in parts of the Democratic Republic of Congo are often engaged in extortion and other rent-seeking activities rather than war. Researchers increasingly recognize the importance of responding to violence as a distinct phenomenon.

Research and policy responses argue for the importance of targeting the local drivers of conflict. Interventions in places like the DRC and Afghanistan have therefore aimed to engage with local contexts—and yet such interventions have still been notoriously ineffective. Their failures reveal that it is necessary to understand the multiple scales of violence. While violence is carried out on a local level, actors who are competing for power often think globally: they are linked to national and international networks. Responses to violence that limit themselves to local conflicts miss these large-scale international connections. Moreover, an overemphasis on local or cultural primacy risks romanticizing the local, which can become a pretext for exclusion or ethnonationalism.

In the meantime, as we pay increasing attention to the role of non-state actors in these networks of violence, the state is still present, either, in the words of Central African Republic (CAR) scholar Stephen Smith, in its hurtful presence or in its painful absence.1 Armed groups like those in the DRC or CAR can take on the roles of a state, such as taxation and the provision of security, endowing them with practical legitimacy. The idea of the state is still powerful, despite the effective weakness of the state itself in these contexts. In many cases, armed groups are performative of the state—they employ symbols of state, and provide public good like justice and security even when this is contested or exclusionary. As we see in DRC, despite the presence of over 100-armed groups, there is still a demand for the state, and demand for better governance.

What these dynamics indicate is that conventional conceptual boundaries are being transgressed. The borders around public and private or local and national are no longer clear. We need interdisciplinary and transregional approaches to respond to these issues of conflict and violence.

What, then, are the implications for DDR? What practical steps can we take to operationalize these insights to meet the demands of DDR interventions?

First, DDR practitioners need to accept that they will need to engage with an increasingly wide range of actors. As conflicts become more complex and diffuse, it is necessary to connect with a broader range of groups and communities, including non-state armed groups, customary authorities, religious extremists, and others. This helps to avoid the pitfalls posed by strengthening one actor at the expense of others, or removing a single group from an interconnected landscape, for the maintenance of long-term security.

Second, DDR must be understood as a political process. As much as it is acknowledged that DDR is political, interventions persist in treating it as a technical exercise. DDR interventions would do well to reflect the political complexities of the violent conflicts they are addressing. The wide engagement described above and the need for an evidentiary assessment will help in this endeavor. Moreover, we need to understand connections between local, national, regional, and transnational actors.2 If DDR programs aim to successfully sever ex-combatants from their war networks, it cannot restrict its considerations to only the local scale.

Third, this may also require us to rethink incentive structures for armed groups to put down their guns. As we have seen in DRC, CAR, South Sudan and countless other countries, incentives in DDR programs to date incentivize a spike in violence, inflation in the numbers of armed groups in anticipation of what is widely seen as a revenue-generation process, and heightened expectations of what are often poorly or not implemented DDR programs. Rather than the carrot being integrated into the national army, or some form of remuneration to facilitate reinsertion into civilian life, we need to hold armed groups responsible for the security of the communities they often claim to provide as the first step in any DDR process. The incentive is to reduce the violence in return for eventual participation in an integration or reinsertion process. This is an interim step in any project to extend state authority, which itself is a long term process. Some will balk at this and claim that this just legitimizes the armed actors we are trying to eradicate. What they miss, however, is that many of these armed actors already enjoy some legitimacy even if they use coercive tactics. They are part of the competition of public authority in their communities.3 Moreover, this does not legitimate them any more than inviting them as spoilers, to the negotiating table – a common practice in international mediation.

Fourth, and very much related to the point about rethinking incentive structures above, is that we need to pursue evidence-based approaches in DDR. We need to better understand who actually provides security for local communities, and who is understood as the local authority at any given time. In other words, we need to understand how armed actors are socially embedded, and who provides everyday security and how, rather than assume that armed actors are simply coercive actors and potential spoilers in a peace process. This is impossible without investing in the research and analysis that provides this evidence. Partnerships with research communities will be essential as this type of granular, evidence-based research is beyond the scope of the UN and DDR practitioners. This includes a better understanding of the social support networks of armed actors, which ones would need to be cut and which ones retained to best support ex-combatants’ reinsertion. This will allow us to better understand what networks are merely criminalized enterprises and what networks are essential support networks to sustain ex-combatants in the difficult transition to civilian life. As some have shown,4 maintaining support structures in some contexts leads to more successful reintegration into civilian life as ex-combatants bring with them their own support networks.

Fifth, we need a new research agenda to support DDR processes. We need to also expand our metrics of evaluation for demobilized combatants. While questions about job security or social acceptance are measurable, they remain less relevant than those that take into consideration the deep political nature of DDR. Instead, we should ask questions that help us understand under what conditions ex-combatants become targets for remobilization and how their return to civilian life affects local governance structures, or whether their return spurs local communities to make claims for justice. Ongoing research by the SSRC and its partners, for example, is interviewing up to 400 former combatants in DRC to better understand their process and challenges of return and reinsertion, and the impact on public authority.

These points offer a starting point to update the international community’s conflict response toolbox. In order to effectively respond to the challenges posed for DDR by the contemporary world’s complex conflicts, we must rethink how we understand the nature of these conflicts and the violence that attends them. This will allow us to more closely align DDR responses to the environments in which they must operate.

The featured image for this blog that appears on the homepage was taken by Tatiana Carayannis, titled “Everyday market scenes in Gemena, DRC. 2018”.

[1] Stephen Smith (2015) “CAR’s History – The Past of a Tense Present” in Making Sense of the Central African Republic, edited by Tatiana Carayannis and Louisa Lombard, Zed Books: London, pg. 17

[2] This point has been argued in the DRC context, especially during these two sources:  Jason Stearns, Koen Vlassenroot, Kasper Hoffman and Tatiana Carayannis (2017) “Congo’s Inescapable State: The Trouble with the Local” Foreign Affairs, 16 March; Carayannis, Tatiana, (2017) “Webs of War in the Congo: The Politics of Hybrid Wars, Conflict Networks, and Multilateral Responses 1996-2003”. CUNY Academic Works.

Posted In: Africa | Peace and Security 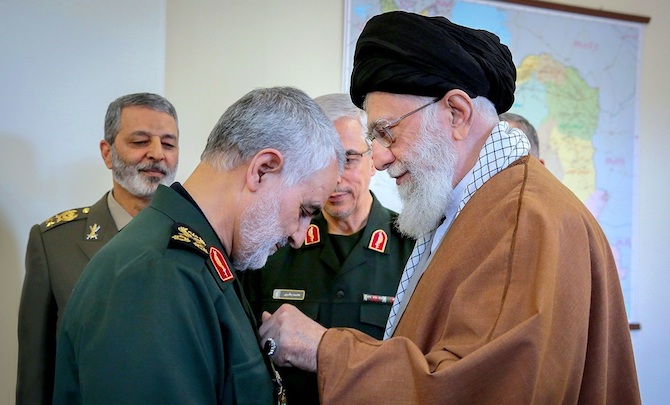 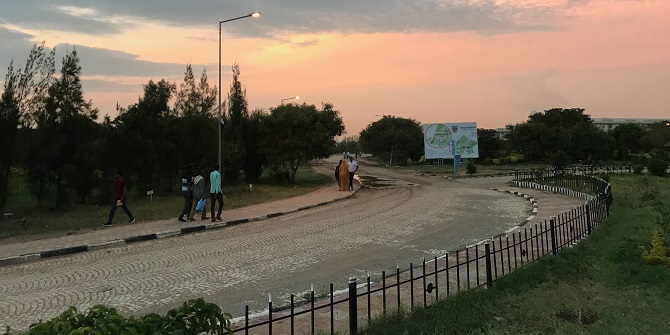