“Time of Dispersal:” Elections and Memory of War in Somalia

“Time of Dispersal:” Elections and Memory of War in Somalia

It is a commonly held view that the breakdown of the Somali Republic in 1991 as well as the subsequent descent into a civil war is due to the fact that political competition became personal in the absence of institutional checks and balances. To avoid a repeat, it is necessary to discipline political competition by institutionalising it through electoral cycles. The hegemony of the idea of elections makes it such that it is automatically assumed that the local population will welcome and celebrate its institutionalisation. No regard is made to the historical experience of the population and how that might affect their perception of elections. This blog will look at how the memory of recent Somali history colours how the residents of Mogadishu perceive elections.

Elections in Somalia are refracted through the traumatic memory of recent Somali history. This history has left behind a memory where instability and violence are associated with political competition in general. As a result, the time of elections in Mogadishu are referred to as “the time of dispersal” (wakhtigii kala guurka). As far as I know, the term was initially coined to refer to the population displacement and dispersal which took place in Mogadishu following the eruption of the civil war, in 1990. That it is now used to describe election cycles demonstrates the deep-seated trauma of the civil war. It also reflects a fear and almost an expectation that the contest for power during electoral cycles might very well lead to the outbreak of a new round of violence. This perception of elections is supported by the knowledge that the selection process through which political leaders emerge is deeply tainted by corruption. This relatively widespread perception of elections in Mogadishu has consequences for the discourse and conduct of people during and in-between electoral cycles. Below I highlight several ways in which the trauma of the civil war affects the perception of elections, and how that perception impacts the discourse and behaviour of people.

The spectre of violence around elections is evidenced in the discourse of those contesting power. In the current political stalemate where the Federal Government of Somalia (FGS), the heads of Federal Member States, and the Council of Presidential Candidates can’t agree upon a framework for the electoral process, the spectre and the memory of the violence of the civil war is underscored both by those warning against violence and those threatening it. A couple of remarks by presidential aspirants commenting on the current situation will suffice to illustrate the point. On November 10, 2020, a presidential candidate and a member of the Council of Presidential Candidates made the following remark subsequent to an election related disagreement with the FGS, “this city was held by mooryan,1 they were fought and evicted. Am I lying? Ethiopians came. What was done to them? They were evicted. Al-Shabaab took the city. They were evicted. Are these people2 stronger? Wallahi, thumma Wallahi, Wallahi, thumma Wallahi, Wallahi, thumma Wallahi3 we will evict you.” In this remark this politician is utilising the city’s recent history of violence to threaten the government and raise the threat of violence. He compares the FGS, mainly (former president) Mohamed Abdullahi (Farmaajo) and his allies, to other actors who illegally or unjustly occupied the city, and who have been evicted by force. Identifying himself with those who have resisted and evicted these unjust aggressors, he threatens the FGS with a similar fate. He uses the memory of recent violence in Mogadishu to underline both the logic and the potential for violence. The invocation of the memory of violence by politicians has become quite common in the current political stalemate. The above example is just one among many. For instance, it is common for opposing politicians to accuse the actions or remarks of opponents as taking the country back to the civil war. Such a remark is made with the hope that the accused politician will be met with condemnation by a public that is traumatised by the country’s recent conflicts.

The widespread behaviour among public officials in Mogadishu to use their office for private gain is partly informed by the assumption and the fear that every election cycle has the potential to throw the country into another round of violence with devastating consequences. This assumption inevitably renders the positions of public officials fragile and increases the sense of insecurity for themselves and their families. Even if elections don’t lead to outright violence, the change in administration always entails a complete turnover of civil servants as every minister appoints people close to him/her to staff their ministry. Hence elections are indeed a time of dispersal even if outright violence doesn’t break out. Consequently, there are strong incentives for civil servants to take advantage of their temporary occupation of public offices to better themselves and their families. This leads to all forms of corruption: from the hiring of unqualified friends and family to siphoning off public funds. An added element that further incentivises public officials to abuse their offices is the fact that they will be marked as enemies and legitimate targets by al-Shabaab for their involvement with the government. This will limit their mobility within the city and the country and with whom they can associate. As such, election times are a time of dispersal for public officials both publicly and personally.

The diaspora and elections

Another demonstration of elections as the time of dispersal is the behaviour of the Somali diaspora. There is a close correlation between the movement of the Somali diaspora in and out of the country and election cycles. Elections in Somalia are viewed by the diaspora not only as an opening to rekindle hope for the country with a new administration, but also as an opportunity to obtain employment or buy influence with the new administration. As such, election cycles often see the departure of those among the diaspora who were linked with the outgoing administration, as well as the arrival of a new group hoping for an opportunity with the incoming administration. Elections are hence a time of dispersal for diaspora returnees, but unlike the local population they are comforted by the knowledge that their possession of foreign passports provides them with an exit plan.

As the current political stalemate persists and politicians play brinkmanship and threaten violence, we should pay attention to the extent that their discourse and practice hankers back to the recent history of violence in Somalia. We should, furthermore, be mindful that for everyday people in Somalia this stalemate is a psychological terror as it awakens the traumas of recent history and reminds them that the struggle for power among the elite always raises the spectre of violence, regardless of the form that struggle takes.

[1] The term used to refer to the heavily armed young men who roamed the streets of Mogadishu following the outbreak of the civil war in 1991.

[2] By these people he means the FGS and its supporters.

[3] Swearing in the name of Allah three times to underline the sincerity and weight of the threat.

Ahmed Ibrahim is an Assistant Professor of anthropology at Carleton College and a 2019/20 Conflict Research Fellow on the Conflict Research Programme. He holds a PhD from City University of New York. His research interests include Sharia and Islamic movements in sub-Saharan Africa, conflict and state-building in sub-Saharan Africa, and Muslim identity and politics under the War on Terror in the West. 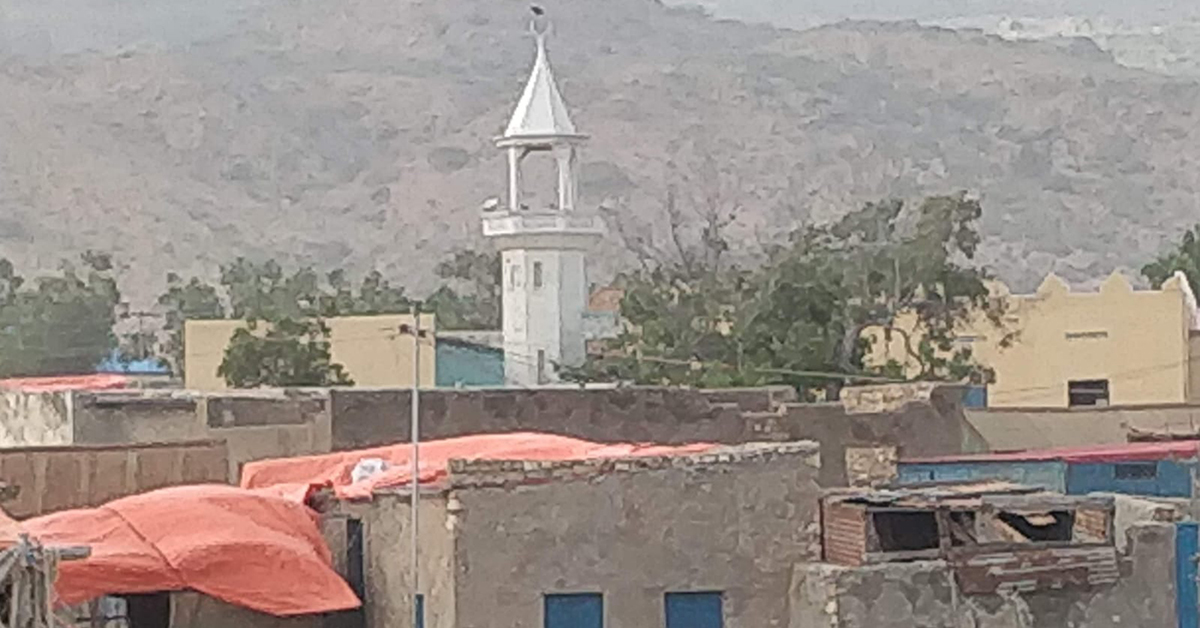