Karl Baker considers this unique book on contemporary issues in architecture and urbanism, centring on The Corviale Void project: a one kilometre long strip of urban space, immured in the notorious Corviale housing development in southwest Rome. Author Victoria Watson opens questions about the role of the aesthetic and the monumental in the city, challenging materialist and economically rationalist ideas of city making.

Amidst the demolition of South London’s Heygate Estate, artist Marcus Coates recently released his film Vision Quest: a ritual for Elephant and Castle. Critiquing the ‘visioning’ that accompanies urban regeneration schemes such as the Lend Lease-led redevelopment of the Heygate, Coates produced a “shamanic music-fuelled ritual” evoking animal spirits to guide an alternative future for the abandoned 1974 brutalist megastructure that once housed thousands.

Similarly engaging with the plight of neglected utopian ruins, Victoria Watson’s new book Utopian Adventure: the Corviale Void imagines new prospects for the Corviale: an infamous one-kilometre long, eleven-storey housing block built on the outskirts of Rome and conceived in the 1970s as a communal living space for 8000 people.

Driven not by animal spirits and shamanic trance rituals, but by a careful reading of Yves Klein, Aldo Rossi, Gaston Bachelard and Arthur Schopenhauer among others, Watson nevertheless creates a thoroughly psychedelic proposition. After evacuating the Corviale’s residents, the dramatic building will become a monument, housing a swarm of colourful robot beetles, the movement of which will create captivating ‘colour forms’ that produce for visitors “intense aesthetic pleasure”.

A proposal that might be seen as gentrification at its best, Watson’s conclusion to her journey through architectural theory is at first glance outrageous. The trip, however, is well worth it – and the colourful flying robots do end up making sense.

Putting aside fears of gentrification and displaced poverty, Watson is clear that her robots and colour forms are ‘theoretical’ rather than practical propositions; her interest lying not with the challenges of mass housing, but rather with the opportunity for architectural imagination to explore new types of spatial experience and consider new purposes for the collective construction of our cities.

A significant argument of the book concerns the value of un-built architecture and the claim that rather than being a purely functional endeavour, theoretical architecture can prompt utopian hopes by making ‘spectacles for the mind’. Following architect Aldo Rossi, Watson explains that un-built projects “are of great value to the collective because they offer it something tangible, a virtual form by means of which it is possible to begin to imaginatively construct an image of the city it is trying to be”.

One fascinating virtual city that informs Watson’s thinking is that proposed by artist Yves Klein. His ‘Architecture of Air’ imagines a giant roof of compressed air sheltering an urban citizenry devoted to leisure within perfectly-heated “vast communal living rooms” and freed from the material walls and obstacles of traditional architecture. While Watson sees such utopian images as politically charged in their challenge to status quo forms of socio-economic organisation, they might equally be seen as reinforcing current conditions by distracting us with impossibly outlandish alternatives.

It is most enjoyable, however, to let oneself go in these exhilarating flights of imagination that take the mind to un-thought places: surely a legitimate exercise for even the most pragmatic believers that ‘another world is possible’.

If a key political role for architecture involves imagining other worlds, for Watson the methods used to represent these spaces need to be as radical as the alternative worlds themselves. Broadly aligned with a phenomenologically- inspired strand of architectural theory Utopian Adventure advocates a more immersive and bodily experience of space to inform both design methodologies and the construction of built space.  Concisely explaining the origins and continuing influence of perspectival codes of architectural representation in transcribing pictorial views onto the built form of the city, Watson goes on to critique the relationship between human subject and built space implied by perspective forms of representation.

Watson’s ‘Air Grid’ attempts to create an architecture that goes beyond that which is experienced as a “stream of sensations” or “changing views”. Instead, the Air Grid, of which the Corviale proposal is a monumental realisation, establishes a relationship between a person  and space where the subject is “conceived as a diffuse sensibility”; where one might perhaps ‘feel’ a spatial ‘atmosphere’ rather than sense a pictorial view. Here Watson again draws on Yves Klein and his idea that immersion in pure colour (think Klein Blue) allows for a special form of poetic experience.

The swarming robot beetles of the Corviale Void are designed to evoke this immersive and ‘non-sensuous’ experience of space. As a giant ‘Air Grid’ the robot beetles “will appear as a swarm of coloured particles, almost like a cloud of coloured gas … a vibrant colour form”. Such a spectacle sounds well worth the tram ride to the outskirts of Rome and into the middle of the Corviale building, proposed by Watson to be reduced to concrete carcass, the kilometre long ‘Void’ that cuts a space down the middle of the block filled with constantly changing colour.

Watson’s adventure links the thinking of a series of artists, architects and philosophers in a fascinating, mind-bending trip. Side-stepping the usual debates over utopian mid-century architecture she leaves us no wiser about whether structures like the Heygate Estate might better be demolished or refurbished. Instead her text opens questions about the role of the aesthetic and the monumental in the city, challenging materialist and economically rationalist ideas of city making. If the city is a collective construction of our hopes and dreams, it’s hard to disagree that there shouldn’t be more room for meditations on the beautiful that aim to bring us closer to what Watson calls the ‘harmony of the cosmos’. 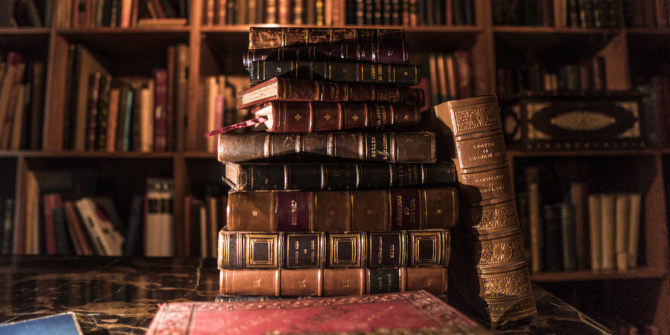