Stephen Tindale at the Centre for European Reform discusses Iceland’s potential accession to the EU. Although there is some broad support for Iceland’s membership amongst EU states, he argues that the EU should not be tempted to lower its standards on issues such as whaling and the Common Fisheries Policy.

Craig Willy looks at the history of European unity and values from the EU’s beginnings as the Coal and Steel Community in the 1950s to the possibility of a federal European state now. Move looks ahead to Croatia’s accession into the EU next year, also reviewing the various hurdles that have been overcome over the last 20 years so that the country can now join.

The German Marshall Fund blog examines the challenges faced by the proposed “Desertec” project which would link new renewable energy sources to Europe through 5 interconnectors. One of the main problems is funding, especially in the context of the current economic crisis.

Lost in EUrope wonders how much farther the EU will be dragged into the civil war in Syria, given the assistance being provided by many different countries in Europe.

The European Citizen assesses the potential for a referendum being held in Germany on the issue of Eurobonds. The article argues that if Eurobonds are to succeed, they must not be “a technical fix introduced at breaking point, but the product of an open political process.”

Coulisses de Bruxelles looks at the recent announcement by the European Commissioner for the Internal Market, Michael Barnier, that the ECB will become the Eurozone’s bank supervisor this coming January, overseeing 6,000 banks in the Euro area.

Lost in EUrope looks at the ECB’s recent decision to delay its aid for Spain and Italy.

Peter Spiegel at the Financial Times’ Brussels Blog looks at the relationship between Italy and Finland and asks whether after a rocky relationship in the past, the two countries are now becoming strange bedfellows.

This week was not a good one for Italian Prime Minister Mario Monti. On Tuesday, Open Europe reports his comments that EU governments should not be completely bound by the decisions of their parliaments, which then attracted widespread criticism from German politicians. Open Europe also highlights that Monti’s recent negative comments about Silvio Berlusconi may be unwise given Berlusconi’s party still holds the highest number of seats in both chambers of the Italian parliament. Although Berlusconi’s party, the PdL, accepted Monti’s apology, the “episode is another reminder of how for Italy the main risk remains political”. Meanwhile, the FRIDE blog looks at Monti’s foreign policy record, saying that “Italian foreign policy after Berlusconi has become subservient to its immediate economic priorities”.

Debating Europe looks at the history and politics around the UK’s debate on membership of the EU. The European Council on Foreign Relations has an overview of the political situation in the Netherlands in the lead-up to elections in September, and its ongoing uneasy relationship with the EU.

The OFCE blog looks at the French government’s new plan to create 150,000 youth “jobs for the future”, and its potential impact on employment and public finances.

As Cyprus takes its place as the Presidency of the European Union, Au Café de l’Europe has an overview of the ongoing conflict over North Cyprus between Turkish Cypriots and Greek Cypriots.

With Romania’s political and constitutional conflict showing little sign of being resolved, this week Verfassungsblog says that Constitutional Court judges in that country now fear for their lives after declaring the recent referendum to remove President Traian Basescu invalid.

This week, Beyond the Transition had a close look at poverty in Poland, saying that levels of relative and absolute poverty are the same now as they were in 2001: 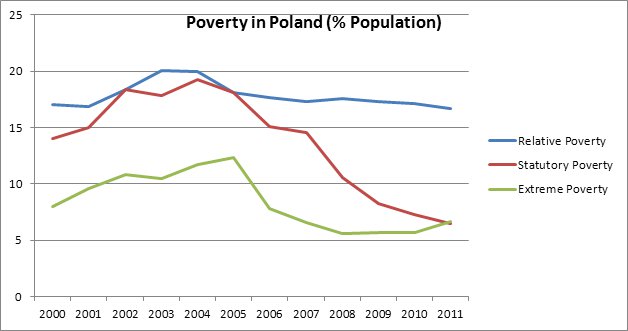 The European Citizen reviews the European blogging event held by the Cypriot Council presidency 2 weeks ago, and is generally positive, saying that “hopefully this will be the start of an engaged dialogue between the presidency and the Euroblogosphere”.

Brussels blog round up for 16 – 22 June 2012: ACTA rejected by the European Parliament, Europe in the dock at the G20, and is there a life beyond Brussels jargon?

Brussels blog round up 5 – 11 April: Hungary’s radical right, Finland’s economy, and is Greece on the road to recovery?

Brussels blog round up 24 – 30 August: Europe reacts to Cameron’s defeat over Syria, Merkel and Steinbrück’s televised debate, and is France moving to the right?