Brussels blog round up for 13 – 19 October – EU summit, the Banking Union and who should collect the EU’s Nobel Prize?

Brussels blog round up for 13 – 19 October – EU summit, the Banking Union and who should collect the EU’s Nobel Prize?

The European Council meet for their latest summit this week. Peter Spiegel at the FT’s Brussels Blog has a rundown of the latest developments through Friday. Open Europe casts a sceptical eye toward the claim that EU leaders have made substantial progress on the issue of creating a European banking union. Meanwhile Open Democracy asks whether Poland has now taken over France’s position as Germany’s most trusted partner in the EU and whether Polish support could strengthen Germany’s position in negotiations with other EU Member States.

The beginning of the week saw continued comment on the EU’s award of the Nobel Peace Prize. Au Cafe de l’Europe says that the prize pays homage to Europe as an idea, but also encourages new commitments from the EU as an institution, despite the crisis. On the other hand, European Geostrategy states that the EU is not responsible for creating peace in Europe, given the roles that the UK and USA have played over the past 60 years. Meanwhile, KielspratinEurope wonders who should collect the prize on behalf of the EU. Croatia, the war, and the future puts the prize in the context of Croatia’s President Ivo Josipovic recent award of the European Medal of Tolerance, saying that: “EU is desperate in demonstrating that its original mandate of creating peace and reconciliation on the continent is a success, even if that peace and reconciliation may in fact be very flimsy and questionable when it comes down to where it counts – on the street”.

On a different topic, Martinned writes that while many criticise the European Parliament for having two seats (one in Brussels, the other in Strasbourg), the European Council should give up its second seat in Luxembourg and only meet in Brussels to save on costs.

Finally, writing at Europe’s World, Hanna Trojanowska argues that Europe does not have an energy future without nuclear power.

Igor Ivanov at Europe’s World says that Russia and the EU have much to gain by working more closely with one another and should especially concentrate on increasing the efficiency of their human capital. Victor Tkachuk writes on the EU’s relationship with Russia’s neighbour Ukraine, speculating on the reasons behind the recent postponement of the EU-Ukraine summit.

The French and EU blog at Blogactiv.eu reports that French President Francois Hollande is on his first trip to Africa. His approach of encouraging greater partnerships between France and the continent is noticeably different to that of his predecessor, Nicolas Sarkozy, they report.

CaféBabel assesses the state of the EU’s bilateral relations with China, in light of the current EU summit and Lost in Europe argues that the EU’s heavy regime of sanctions against Iran does not fit the EU’s ‘peace-loving’ image.

Spotlight on Geopolitics at Blogactiv.eu looks at the role that the European Central Bank might play in solving the eurocrisis, saying that governments should be able to sell their debts directly to the ECB. Eberhard Rhein, also at Blogactiv.eu argues that the EU needs to resists the temptation to create ever increasing numbers of new financial instruments.

Open Europe argues that the key to understanding the eurozone crisis is ‘sequencing’. By this they mean that the debate between France and Germany is primarily over whether money is put forward to aid troubling eurozone economies before there are rules on ensuring fiscal discipline (as France would like) or after these rules are in place (as Germany would prefer). Open Europe also has concerns about a possible ‘virtual’ bailout in Spain, or a ‘bailout without any money’. On slightly firmer ground, the EU Energy Policy Blog looks at oil prices and the impact the eurozone crisis and statements from EU officials can have on global prices.

Dimitris Rapidis at Blogactiv.eu says that Greece is paying somewhere in the order of €1.2 million every month to maintain the 400 or so representatives of the EU/IMF/ECB “Troika” who are assisting Greece in its structural reforms.

Siriwan Chutikamolthan at Europe’s World suggests some lessons for the eurocrisis from Asia’s economic crisis of the late 1990s, saying that European countries need structural reforms that address the root causes of the crisis similar to those undertaken in Asia.

This week saw the Scottish Government reach agreement with the UK’s government in Westminster on the terms of a referendum on Scottish independence in 2014. The Verfassungsblog notes that the Spanish government may veto the accession to the EU of an independent Scotland, given its own concerns over Catalonia and its independence efforts. The EU Journalism Fellowship blog at Blogactiv.eu reports that the European Commission has confirmed that Scotland’s potential membership of the EU cannot be firmed up until the UK asks them about Scotland’s status, if it became independent.

On a similar theme, Sunday’s local elections in Belgium resulted in gains for the Flemish Nationalist Party, leading Debating Europe to ask: should Flanders be independent? Open Europe also looks at separatist movements across Europe, saying that they “simultaneously showcase both the weakness and strengths of the European project”.

Beyond the Transition provides some different election coverage, noting that the ruling right-wing party in the Czech Republic has suffered large losses in regional and upper house elections this week. Europe & Me looks ahead to parliamentary elections in Romania in December, saying that given the country’s political turmoil, these will be the most important elections since the end of communist rule in 1990.

Meanwhile, Nucleus at Blogactiv.eu looks at how much the UK gives, and gets back from, Brussels, and Open Europe looks at what is next after the UK opts-out of 130 crime and policing laws in the coming months. 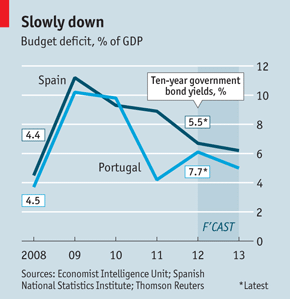 Writing for y(EU) tries to make people on Facebook smile, with varying success.

Brussels blog round up for 16 – 22 June 2012: ACTA rejected by the European Parliament, Europe in the dock at the G20, and is there a life beyond Brussels jargon?