Brussels blog round up for 24 – 30 November: A bailout in everything but name for Greece, Europe splits on Palestine and no EU job for Tony Blair.

Brussels blog round up for 24 – 30 November: A bailout in everything but name for Greece, Europe splits on Palestine and no EU job for Tony Blair.

After the failure of the summit to decide the EU’s budget for the next seven years last week, Reuniting Europe at Blogactiv.eu reports that EU leaders had been very close to a deal. Coulisses de Bruxelles then looks ahead to the next expected budget summit in 2013.

Open Europe has taken a look at the European Commission’s revised budget proposals, finding that they have been reduced by less than €127 million, and says that they are essentially the same as those that EU member states had rejected at the summit. Meanwhile, Reuniting Europe at Blogactiv.eu accuses the European Council of being secretive about the new budget proposals. Brian Gardner, also at Blogactiv.eu says that the Common Agricultural Policy should be substantially cut in the EU’s budget, and that the small number of farmers that are responsible for 80 per cent of agricultural production no longer need subsidies.

Coulisses de Bruxelles says that despite a new appointment this week, the board of the European Central Bank is still all male. Meanwhile, Eurosearch examines the apparent politicisation of the European Commission, given recent controversies over appointments. Still on (potential appointments), Jon Worth is adamant that former British Prime Minister Tony Blair will never get a top job at the EU. Lost in EUrope looks at the UK’s Brussels (European Commission) bureaucrat bashing.

Writing at Blogactiv.eu, Protesilaos Stavrou says that this week the European Parliament made some bold step towards a more inclusive European democracy, while Debating Europe discusses whether or not it is time to reconsider a European Constitution.

Craig Willy looks at the EU’s policy on sanctions, saying that it is a ‘vetocracy’, since all decisions on EU-level sanctions against foreign countries must be unanimous, often leading to total paralysis in decision making. Meanwhile, Bruxelles2 makes the case for greater European-level defence cooperation in the face of spending cuts.

The European Council on Foreign Relations says that Barack Obama’s second-term foreign policy has the potential to divide Europe, especially as it pivots towards Asia. Meanwhile, the GMF blog wonders if France’s recognition of the Syrian rebels as the legitimate representatives of the Syrian people might be part of a plan for the country to re-emerge on the global scene.

Thursday afternoon sees a vote in the General Assembly of the United Nations on Palestinian statehood. Ahead of the vote, the European Council on Foreign Relations says that while Europe’s arguments for supporting the motion are likely greater than those against, it  there is likely to a split EU vote. After the vote, Lost in EUrope reports that 12 EU states abstained, and 14 voted for the proposal.

Revolting Europe says that one of the consequences of the crisis may be a rise in domestic violence against women, especially as budget cuts hit social and equality services.

Lost in EUrope is worried that Germany, Finland and the Netherlands’ economies may be faltering, according to recent economic data, while the OFCE blog looks at how to introduce a ‘competitiveness shock’ in France to reduce companies’ production costs.

Writing at Blogactiv.eu, Dimitris Rapidis looks at the IMF’s target of 120% debt-to-GDP ratio for Greece to achieve by 2020. He says that the target has no logical justification. The FT’s Brussels Blog has more on the wrangling over the latest Greek bailout between the eurozone’s Finance Ministers (the Eurogroup). Lost in EUrope has a minute-by-minute account of the Eurogroup’s meeting on Monday evening- an agreement was not forthcoming on the night.

On Tuesday, Protesilaos Stavrou reviews the Eurogroup’s eventual agreement, finding it to be full of ambiguity and vagueness designed to keep pressure on the Greek government. Lost in EUrope echoes this sentiment, saying that the deal is only likely to hold for a few months. Charlemagne says that the agreement is a bailout by any other name. Place du Luxembourg says that the deal is another indictment of  intergovernmentalism. Meanwhile, Economics Intelligence looks at the potential merits of a Greek bond buy-back.

Beyond the Transition takes an indepth look at the rise of the far right in Poland and Europe, saying that increasingly, the far right has taken steps away from the political margins and has aligned with sections of the conservative mainstream. Meanwhile, Move profiles the rise of far-right populist politician Frank Stronach in Austria.

The European Citizen looks at the UK Labour party’s attitude towards the EU, arguing that it has a real difficulty in articulating a centre-left vision for Europe. Meanwhile, Open Europe says that Italian Prime Minister, Mario Monti, is keen for the UK to have an in-out referendum on the EU.

The weekend saw parliamentary elections in Catalonia in Spain. Open Europe reviews the election results and what they mean for the Catalan independence movement. Charlemagne says that the result is a setback for Catalan President Artur Mas’ ambitions for a separate state.

The GMF blog looks at the results of the International Criminal Tribunal for the former Yugoslavia’s acquittal of two former Croatian generals for war crimes, saying that “public perceptions of the ICTY as a potential source of justice for all victims of the recent Balkan conflicts have been shaken”.

In Romania, MEP Corina Cretu accuses President Traian Basescu of making a partisan intervention ahead of the country’s elections in December, and says that he needs to accept his role as a constitutional President.

A month after elections, Political Developments looks at the lengthy negotiations in Lithuania towards forming a new government, saying that there has been a ‘classic semi-presidential standoff’ with the President refusing to appoint a member of the allegedly corrupt Labour party as Prime Minister.

Over the weekend, Craig Willy looks at Greece’s coming bailout and the challenges the country faces in the coming years especially in the face of declining GDP. 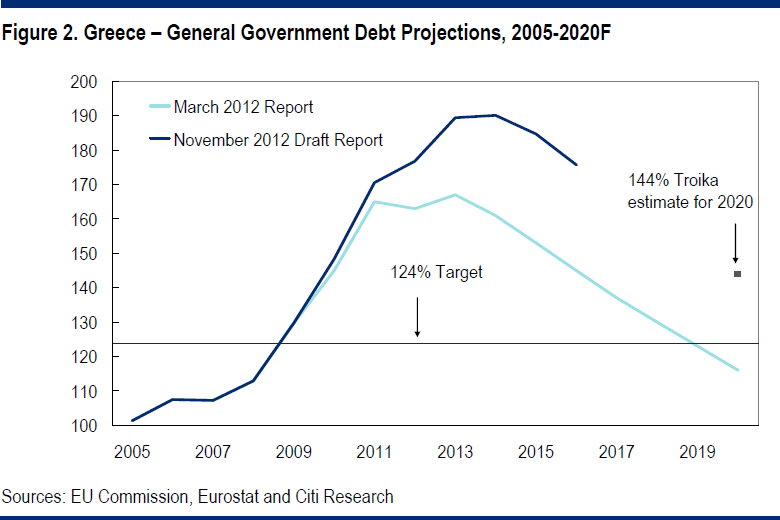 What has President of the European Council, Herman van Rompuy been up to? Tweeting! Guest blogging at Blogactiv.eu, Marc Hall took a close look at van Rompuy’s tweets during last week’s summit, finding that while he does not tweet often, when he does tens of thousands listen.

Europe & Me profiles Captain Europe, though his identity remains unrevealed.

Brussels blog round up for 21 – 27 July: German pensions under threat, NATO stagnates in Europe, and is Spain heading for a full bailout?

Brussels blog round-up for 22 – 28 December: Portugal’s growing bailout, more cuts ahead in Spain, and will Cameron ‘fudge’ an EU referendum?