Today EUROPP launches the first episode in our new voxEUROPP series of podcasts. Presented by Chris Gilson and Stuart A Brown voxEUROPP draws on academic experts from EUROPP to discuss the latest issues across European governance, economics, politics, culture and society, both at the European Union and national levels. 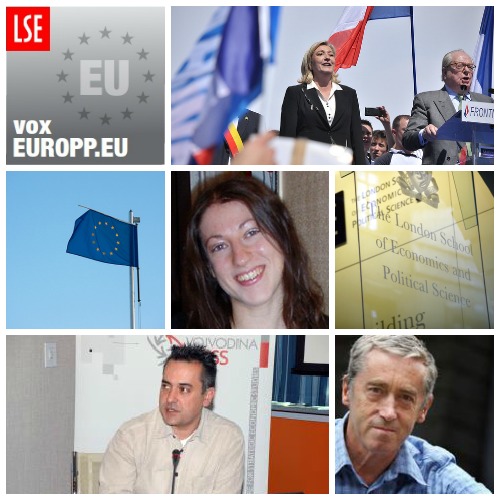 Podcast 1: The Rise of the Far Right
[jwplayer file=”http://media.rawvoice.com/lse_voxeuropp/richmedia.lse.ac.uk/voxeuropp/20121210_voxEUROPP_Episode1_theRiseOfTheFarRight.mp3″]

We hear from specialists on the rise of the far right in Europe and examine the extent to which the growing popularity of right movements is linked to austerity. LSE Senior Lecturer in Political Economy of South Eastern Europe, Vassilis Monastiriotis, traces the rise of the Golden Dawn Party in Greece. Reader in politics at Queen Mary University, Rainbow Murray, speaks to us about France’s the Front National and why the apple may not fall too far from the Le Pen family tree. Professor Paul de Grauwe, Head of LSE’s European Institute speaks about his ideal Europe and why the financial crisis should lead to greater political unification.