The Czech Republic held the first-round of its presidential elections on 11-12 January. The elections will lead to the first directly elected President in the country’s history. Seán Hanley assesses the results of the first-round of voting and how the two remaining candidates – Miloš Zeman and Karel Schwarzenberg – are likely to fare when the country goes back to the polls later this month.

Few observers, even a matter of weeks beforehand, would have predicted the success of the two candidates who will be contesting the second round run-off to choose the Czech Republic’s first directly elected president, which takes place on 25-26 January.

Miloš Zeman, who topped the poll in the first round on 11-12 January with 24.2 per cent, is a former Prime Minister who led the Czech Social Democratic Party between 1993 and 2001. However, he acrimoniously split with the party he once led and his return from political retirement in 2009 to lead his own Citizens’ Right Party (SPOZ) was regarded by many as a vanity project. SPOZ failed to enter parliament in the May 2010 parliamentary elections and Zeman’s presidential bid, announced in June last year, seemed set to be similarly unsuccessful.

Karel Schwarzenberg, the aristocratic Czech foreign minister, who ran Zeman a close second with 23.4 per cent of the vote, was perhaps always a more plausible contender. A scion of the Austro-Hungarian nobility, diplomat and former chief of staff to Václav Havel, Schwarzenberg was one of the Czech Republic’s most popular politicians. The electoral success in 2010 of TOP09, the newly formed party he led, owed much to Schwarzenberg’s appeal as retro anti-politician. However, although one of the first to announce his candidacy, Schwarzenberg‘s campaign soon flagged badly, damaged by TOP09’s role in the governing centre-right coalition and unwavering commitment to austerity. At 75, Schwarzenberg was the oldest candidate and had not always appeared in robust good health. By December 2012 polls still put his support at under 10 per cent.

The clear front-runner for much of the campaign was the independent candidate Jan Fischer. Fischer, a career statistician and Vice President of the European Bank for Reconstruction and Development, had been the highly popular prime minister of a technocratic caretaker government in 2009-10. His well organised campaign, backed by a number of business interests, stressed his credentials as a non-ideological reformer with no ties to the political establishment. He also benefitted from the inability of the two largest Czech parties, the centre-right Civic Democrats (ODS) and Social Democrats (ČSSD), to put forward credible heavyweight candidates. Many Czech voters were also clearly jaded by the two parties’ longer-term failure to shake off the influence of corrupt business lobbies, resulting in repeated scandals.

Despite the vagueness of his rhetoric, it quickly became apparent that Fischer appealed largely to voters on the centre-right. The resulting vacuum on the left was filled by Miloš Zeman. Zeman’s small party of veteran ex-Social Democrats proved surprisingly adept at organising and fundraising and – helped by the decision of the Communist Party not to run its own candidate – his campaign gradually gained momentum. By mid-December, polls indicated that Zeman had moved ahead of Fischer, whose lacklustre media performances and increasingly directionless campaign offered little serious competition. Fischer was, however, an uncomfortable standard-bearer for the right and soon faced growing criticism for having joined the Communist Party during the 1980s to smooth his career path, which his detractors felt showed a lack of integrity.

A last minute drive by the Schwarzenberg campaign (and civic groups linked to it) mixing anti-communism with the viral marketing of Schwarzenberg as a ‘personality’ and political celebrity, seems finally to have tipped the balance in his favour. The final sets of polls released early in the New Year showed a surge of support for his candidacy as he emerged as a rallying point for  liberal and centre-right voters  – a trend clearly carried over into first-round voting.

Jan Fischer, by contrast, received markedly less than the 20-25 per cent of the vote forecast in the polls. With 16.5 per cent of votes he came only fractionally ahead of the relatively inexperienced and unknown Social Democrat candidate Jiří Dienstbier Jr – the son of the late Czech dissident of the same name – whose energetic campaign impressed many. The election was, however, an unmitigated disaster for other main Czech party, the Civic Democrats (ODS), whose candidate polled a mere 2.5 per cent and finished eighth in a field of nine. The composer and academic Vladimír Franz, whose blue tattooed face and inventive shoestring campaign drew considerable international media attention, polled 6.8 per cent.

The second round is likely to be a close contest. Miloš Zeman will seek to make it a run-off between left and right, stressing Schwarzenberg’s role in government and right-wing views on economic issues. This may be an effective strategy. First round voting patterns suggest a sharp social split between prosperous urban centres, which heavily backed Schwarzenberg – who polled as much as 43 per cent in Prague – and poorer regions and smaller towns where voters put Zeman ahead. Schwarzenberg, by contrast, will try to broaden his appeal to the political centre, projecting himself as a non-partisan independent who has worked in many parties in his long career. Schwarzenberg’s team will also aim to once again sell their candidate as a personality, making use of social and new media strategies, which were a hallmark of their successful last minute mobilisation in the first-round.

Whoever wins, some political consequences are already clear. The Czech President has weak constitutional powers, but plays an important role in foreign policy and government formation. The outgoing President Václav Klaus was a stanch Eurosceptic, who obstructed the Lisbon Treaty and believed European integration should be thrown into reverse. Schwarzenberg and Zeman are both Europhile: Schwarzenberg is strongly committed to Czech participation in a more integrated core EU, while Zeman is a cautious Euro-federalist. Moreover, Presidents Václav Havel and Václav Klaus refused to contemplate any government dependent on the support of the hardline Communist Party. Both second round candidates would be willing to do so, opening the way for likely Communist-Social Democrat co-operation in government after the next parliamentary elections in 2014.

Seán Hanley – University College London
Seán Hanley is a Senior Lecturer in East European Politics at UCL-SSEES (School of Slavonic and East European Studies). His interests include the formation and organization of new political parties and the comparative politics of the centre-right in East Central Europe. He has a special interest in the Czech Republic. 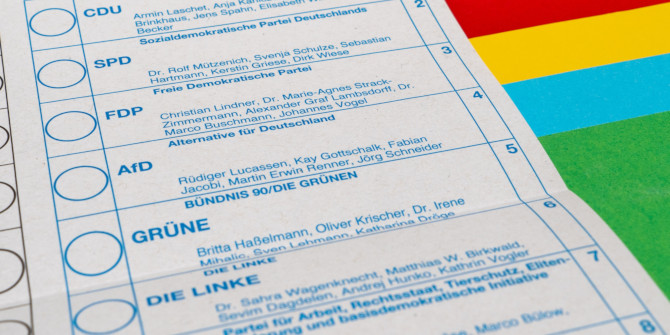 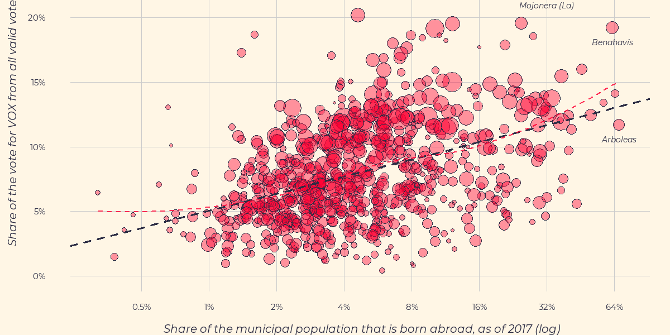