The Italian troublemaker: How Renzi’s European strategy is putting him at odds with Angela Merkel

The Italian troublemaker: How Renzi’s European strategy is putting him at odds with Angela Merkel

Italy’s prime minister, Matteo Renzi, has voiced criticism of EU decision-making in recent months in relation to both the migration crisis and fiscal policy rules. Lorenzo Piccoli writes that although Renzi’s European policy is partly rooted in seeing off the challenge of Eurosceptic parties within Italy, he is also intent on playing a more assertive role at the European level as a counterweight to German influence.

In the last few months, Matteo Renzi has voiced intense criticism of how the European Union is currently run. In December, the Italian prime minister attacked the German Chancellor Angela Merkel for her failure to go along with a joint deposit insurance scheme. Then, again, in February he lambasted the German decision not to go ahead with the expansion of a northern gas pipeline from Russia.

Meanwhile, he has also started a scrap with Jean-Claude Juncker for resisting Italy’s request to temporarily exceed deficit-to-GDP ratios in order to push through structural reforms and deal with the refugee crisis. In a letter published in the Guardian earlier this year, Renzi wrote that “Europe isn’t working for this generation”. Many pundits fear that this behaviour is a populist reaction to Italians’ growing disillusionment with the European project. The prime minister’s strategy, however, must be understood as part of a more complex political game.

Italy’s discontent with Europe is a relatively new phenomenon. In the aftermath of the Second World War, the country’s hopes for peace and prosperity prompted an optimistic embrace of European values. Italian post-war leaders signed the country up as one of the founding members of the European Coal and Steel Community (ECSC) in 1951 and the European Economic Community (EEC) in 1957.

Italy’s strong commitment to the ECSC and the EEC was defined by the understanding that a united Europe was a panacea for the country’s economic, social, and political instability. Subsequent Italian representatives proudly defended the European destiny of the country: it was well understood, among Italian political elites, that the country had to be European.

The decision to join the euro was a defining moment for this narrative. It came at the beginning of the 1990s, following two decades of unsustainable expansionary policies designed to placate the social unrest of the 1960s and 1970s with inflation. When foreign investors began to acquire increasing shares of public debt, in the mid-1980s, they unleashed speculation against the Italian currency, the lira, causing its sharp devaluation.

The peak of the crisis was 1992, when the political system known as the First Republic imploded after a series of corruption scandals. At the time, the abandoning of the lira and the difficult path to the euro coincided with the construction of a national imperative: (ri)entrare in Europa. In a widely cited paper, Kenneth Dyson and Kevin Featherstone argued that the ‘vincolo esterno’ of the European Monetary Union (EMU) had a profound impact on the country’s political preferences: the less Italians trusted their own leaders and their own currency, the more they approved of the transfer of important responsibilities upward toward Brussels.

The annual Eurobarometer surveys confirmed that Italians enthusiastically endorsed being part of a supranational political and economic organisation: in the 1990s, the country consistently scored some of the highest levels of trust in the EU. It was a confirmation that Italians had embraced their European destiny: the country was certainly important for Europe, but Europe was even more important for Italy.

As it turns out, the adoption of the new currency helped foster a general loss of enthusiasm for this European destiny. This occurred first in the early 2000s, when the lira was replaced by the euro and prices rose sharply. And then around 2008, when Italy fell into the recession and the euro was blamed for its rigidity.

Although the lira may have brought double-digit inflation, its continuous devaluations supported the country’s exports and helped the government repay its debts. Indeed, it is widely acknowledged that Italy’s economic weaknesses predate the adoption of the euro; but it is the new currency that exposed the unsustainability of high debt, low growth and an inefficient public sector in the context of austere and rigid European policies.

In the last few years, more and more Italians have cultivated a sense of betrayal: they expected that sharing a European currency would boost their living standards and instead they have found themselves in a triple-dip recession. The Eurobarometer surveys confirm this shift of opinions: in 2006 only 32% of Italians felt very limited or no attachment to the EU; in 2014 the numbers have grown to 57%.

The rise of Italian Euroscepticism

Political entrepreneurs have sought to capitalise on this dissatisfaction. In the last election in 2013, anti-euro sentiment was fuelled by the success of Beppe Grillo’s Five Star Movement, which gained 25% of the vote in part due to its proposal for a referendum to be held on whether to stay in the euro or not. In the same political campaign, former prime minister Silvio Berlusconi’s vigorous attacks against German austerity policies helped him to a surprising electoral comeback. The success of these parties forced Renzi’s Democratic Party into an uneasy alliance with some of Italy’s conservative forces.

Indeed, pressure from Eurosceptic competitors is one of the factors underpinning Renzi’s recent critical stance against the current state of affairs in Brussels. In an interview with the Financial Times the day after elections in Spain resulted in prime minister Mariano Rajoy losing his parliamentary majority, he stated that: “I don’t know what’s going to happen to my friend Mariano, but I know that those who have been in the front line of being the faithful allies of the politics of rigor without growth have lost their jobs.”

Several political analysts have reasoned that Renzi’s European quarrels are essentially an external dimension of his domestic political strategy. But this is only part of the picture because it does not take into account the other game Matteo Renzi is playing on the European table. In Brussels the Italian prime minister has repeatedly claimed that Europe remains the solution to many Italian vices. And he has been keen to demonstrate his commitment, sometimes with highly symbolic gestures.

The day after a tense meeting with Angela Merkel in January, for instance, Renzi took a helicopter ride across the Tyrrhenian Sea to visit the tiny islands of Ventotene and Santo Stefano and lay flowers at the tomb of Altiero Spinelli, the famous Italian anti-fascist who co-authored the “Ventotene manifesto” for a federal Europe. Renzi then visited a former prison on Santo Stefano which is to be transformed into a school for future leaders of the EU thanks to €80m in funding from Rome.

It was a deeply symbolic move for the prime minister. But there is more to this than mere symbolism. There are, in fact, several concrete reasons why Renzi wishes to signal a more assertive Italian stance towards Brussels: with a debt-to-GDP ratio of 132.5 percent, his fiscal flexibility is limited, and he feels unable to raise taxes because, as he admitted with disarming candour in a recent conference at Harvard University, “the people will kill us – and the people are correct.” His argument is that Italy cannot cope with the current economic model if it is not allowed more room for manoeuvre; and his goal is to make the EU more flexible to this end.

This objective must be understood in the context of a rapidly changing approach in Brussels. Renzi has a strong hand to play, mainly because of the landslide victory of his party at the 2014 European elections, which left the Democratic Party with the second biggest delegation in the European Parliament only after Merkel’s CDU/CSU. This represents considerable political capital at a moment when, crucially, European institutions are becoming more politicised.

With the election of the Juncker Commission, the traditional civil servant sitting in the Berlaymont has been transformed into what Sergio Fabbrini calls “a political operator”, someone who follows a partisan agenda rather than simply implementing technocratic policies. This transformation of the President of the Commission changes the nature of its relationship with national government leaders: as the Commission becomes politicised, governments will have to respond in kind. And in this increasingly political environment, where can a Europe disillusioned with German leadership turn?

Britain has voluntarily excluded itself, Spain cannot even form a government, and France’s external politics are undermined by the weakness of President François Hollande. This vacuum leaves the Italian government as the main counterweight to Germany, a country that has effectively translated its national interests into a broader European mission. While Harold Macmillan could once remark of Charles de Gaulle that ‘he talks of Europe and means France’, the same sentiment is now privately expressed by European leaders concerning Angela Merkel.

And she, just like her Italian counterpart, is conditioned by her country’s internal politics. If Renzi needs to revive growth to counter populist waves, Merkel needs quick solutions for handling the large numbers of refugees that have arrived in Germany during the current crisis. In the end, both leaders are concerned with the proper functioning of the EU institutions; but they have substantially divergent views on the tasks that these institutions should undertake.

One should not forget that Renzi and Merkel have diametrically opposed experiences concerning the impact of European unification on the destiny of their country. The chancellor was raised in highly deprived East Germany during the Cold War, abiding by the dictum “don’t borrow, don’t spend.” The prime minister, by contrast, was raised in a country where public spending created a patchwork quilt of employment and public subsidies. The one thing his country has traditionally shared with Merkel’s Germany is the reality of a European divide. The problem is that today they find each other on the opposite shores of that divide.

And this might be a bit more of a problem for Italy than it is for Germany, mainly because in the past few years Berlin has been able to influence Brussels much more than Rome. Italy has always been important to Europe, but not necessarily influential. Now Renzi is trying to turn Italy’s European destiny into a specific mission: to make Europe a little bit less German and a little bit more Italian.

In practice, Renzi and his ministers are making the case for fiscal stimulus, thus defying German and European Commission demands to tighten national budgets. Playing an assertive resistance to German economic dogma remains something of a gamble, with Italy precariously balanced between pro-austerity and anti-austerity forces. But Renzi is used to playing this game at home, where he has nimbly zigzagged between left and right to consolidate his position in power. It is impossible to predict whether he can do the same at the European level, where more prudent strategies have traditionally been rewarded.

What does Law and Justice’s election victory in Poland mean for Europe? 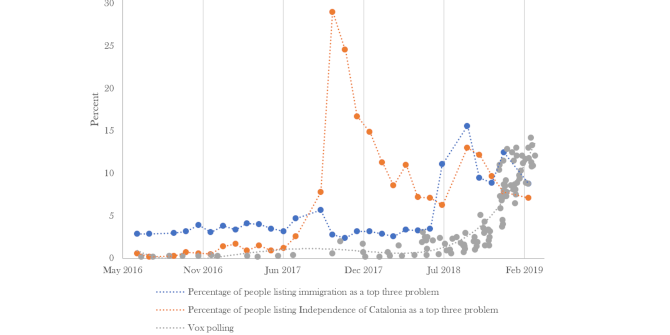