Chris Gilson and Stuart A. Brown take a look at the week in Brussels blogging.

This week saw European Commission President Jose Manuel Barroso admit that austerity may have reached its limit, according to Lost in EUrope, who wonder why he now dares to speak out in this way. The Centre for European Reform is downbeat on the possibility of a u-turn on austerity on the basis that many policy makers likely believe the present austerity strategy is still the correct one. Romanian MEP Corina Cretu, identifies the European People’s Party with austerity, saying that its policies have led to a lost decade. Meanwhile, Craig Willy looks at how much poorer Europe will be after austerity. Open Europe looks at German Chancellor Angela Merkel’s comments this week on the European Central Bank’s interest rate policy. Her statement that a rate rise would be better for Germany has been seen as unusual political interference into what should be independent ECB policy.

Thursday saw the announcement of new Eurobarometer figures that show a decline in trust for the EU across many European countries. Lost in EUrope chalks up the decline in trust to the EU’s weakened performance in recent years. The European Council on Foreign Relations takes a close look at the fall in trust,  saying that: “the current crisis is born not of a clash between Brussels and the member states but a clash between the democratic wills of citizens in northern and southern Europe”.  Meanwhile, the GMF blog says that euroscepticism in Germany is now the next big challenge to the euro, as signalled by the founding of, and publicity for, the new Alternative for Germany party.

The Prodigal Greek takes a macroeconomic snapshot of the country’s economy, saying that after intense negotiations with the EU/ECB/IMF Troika in 2012, the country has had four months of relative economic calm. Meanwhile, Real Time Brussels looks at how the process of deflation has been playing out in Greece, saying that businesses have not been reflecting on lower labour costs via lower prices. Given current progress the country’s road to internal devaluation will likely be a hard one. Meanwhile, the FT’s Brussels blog has yet another look at the recent Cyprus bailout numbers.

Coulisses de Bruxelles looks at the relatively high level of transparency in the European Parliament, saying that the levels of disclosure often scares the newly elected, especially the French, who are not used to such close scrutiny. Meanwhile, PolsciEU examines the dominance of the over 50 age group in EU politics. The Verfassungsblog considers whether or not the European Court of Justice is the ‘motor of integration’ for the EU. Coulisses de Bruxelles takes an in-depth (and critical) look at an upcoming French documentary that asserts that France is now powerless in the face of the ‘technocratic power’ of the EU.

EU Logos at Blogactiv.eu says that illegal border crossings into the EU fell by nearly half in 2012, owing to tighter controls between Greece and Turkey. On Tuesday, EU environment ministers met to discuss post-2020 C02 emissions targets. Open Europe says that the targets are not credible, given that much of the cuts are to come from industry and power generation.

The European Citizen reports on developments this week in the case of former European Health Commissioner Dalli, who resigned last October over allegations over links with the tobacco industry. The EU’s anti-fraud body, OLAF is now under scrutiny after accusations that it may have used illegal means to acquire information.

Last weekend saw the reappointment of Italian President, Giorgio Napolitano. Charlemagne says that it is a sign that the ‘old and tired’ are still in control in Italy. Open Europe says that the reappointment is unprecedented in Italian history, and that it shows how deep the country’s political crisis is. Wednesday saw the nomination of a new Prime Minister, Enrico Letta. Open Europe says that he is anti-austerity and pro-EU integration, while Charlemagne says that he is one of the youngest leaders in Europe, in stark contrast to the 87-year old President Napolitano.

This week the approval rating for France’s President Francois Hollande sunk to its lowest of 26 per cent. French Politics ponders whether or not a political crisis now exists in the country, given recent ministerial scandals and his continued support for austerity policies, to the disillusionment of many who voted for him. On the subject of unpopular politicians, Lost in EUrope says that the German Finance Minister, Wolfgang Schaeuble, is rather unpopular outside Germany because of his disagreements on indebtedness.

The European Student Think Tank looks at how Slovenia can still avoid a bailout, by accelerating the pace of structural reforms to its banks, labour market, and pensions.

On Sunday, the FT’s Brussels blog previews US Secretary of State, John Kerry’s visit to Belgium for the meeting of Nato foreign ministers, saying that it is unlikely that a decision to lift the current arms embargo on Syria will be made.

Last week, Serbia and Kosovo reached an agreement that will help to put Serbia on the road to EU accession, according to New Eastern Europe. They also say that, despite the agreement, Serbia has not moved a great deal in its recognition of Kosovo. Still on the subject of enlargement, Debating Europe asks if Macedonia should join the EU.

Open Europe says that if the UK were to leave the EU, then there would be very little impact on the UK’s defence policy or role. Meanwhile, New Eastern Europe profiles the rocky relationship between Germany and France over foreign and neighbourhood policies, saying that a joint initiative to tackle the ongoing conflict over the Moldovan republic of Transnistria might be a helpful common denominator for cooperation between both countries. Beyond the Transition looks at Poland’s increasing investment in defence spending – it will rise by 7 per cent in 2013.

Nada es Gratis looks at how obesity in Spain is on the increase, even as the country’s gross domestic product continues to thin:

What has President of the European Council, Herman van Rompuy been up to this week? This week he gave a speech at the Brussels Think Tank Dialogue.

Open Europe looks at what they term are some of the EU’s “pointless” bodies, which have great difficulty in adapting to changing economic and political circumstances.

Jon Worth looks at the ‘Lille Loophole’ and its implications.

Posted In: Brussels Blog Round up | Uncategorized 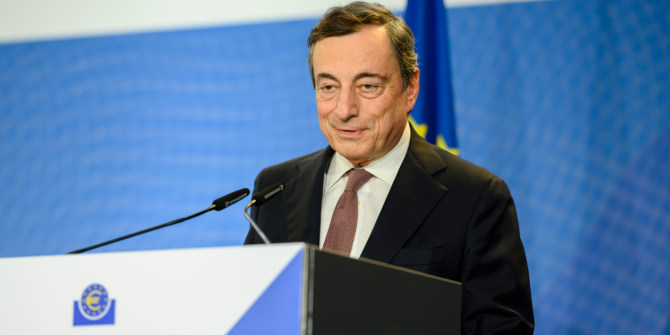