John Van Reenen reacts to the news this week that the UK has avoided economic contraction in the last quarter. Whilst Osborne may see this as cause to celebrate, there is nothing commendable about an economy that continues to stagnate. This news should not be taken as a sign to continue down the path of austerity. Rather, a policy change, starting with more public investment, is needed if the UK is going to recover.

So it’s official: the UK’s Office of National Statistics says we are not in a “triple dip” recession as GDP growth was 0.3% in the first quarter of the year. And on Tuesday we found out that borrowing was down by £0.3bn. Newsflash! These are pathetic numbers. UK national income is still about 3% smaller than it was in 2008 and this has depressed tax revenues – which are why, incidentally, we can’t get the deficit down. The growth record is even worse than in the Great Depression even adding in the latest numbers (see Figure 1). We are bumping along the bottom when we should be growing strongly at this stage of the business cycle.

Figure 1: What went wrong? Cumulative GDP growth since the start of different recessions 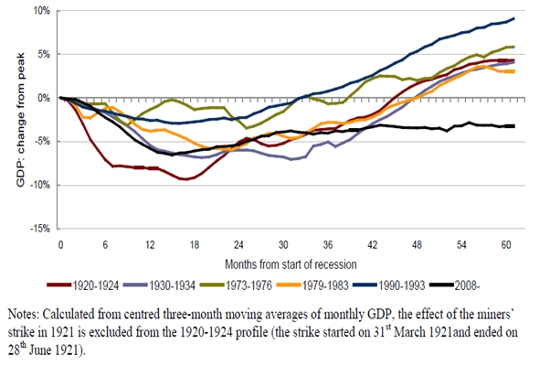 Figure 2: Despite the big fall in output, employment has held up surprisingly well 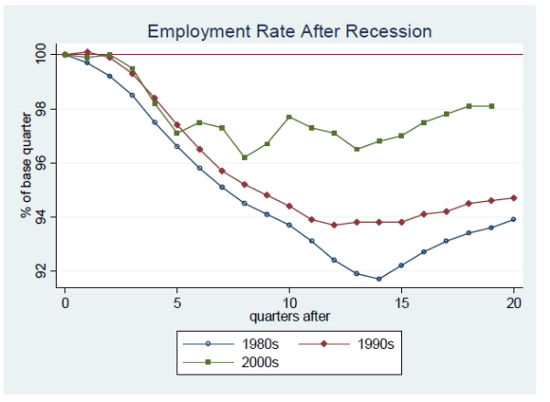 Source: Labour Force Survey, various years, Employment rate is the proportion of the working age population who hold a job.

Figure 3: Real Wages take a hammering in this recession compared to earlier ones 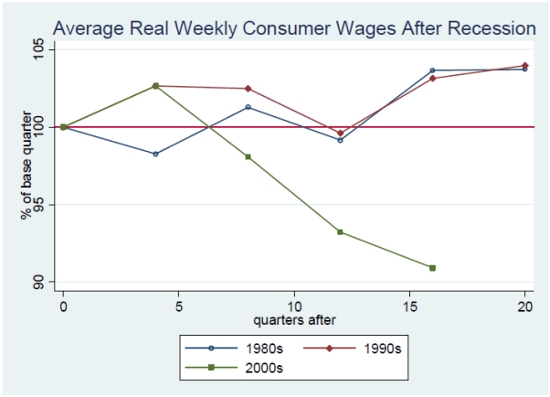 This article first appeared on the British Politics and Policy blog.