Debates over immigration in Europe have intensified since the start of the Eurozone crisis. This book compiles a number of contributions on the effect of immigration on European economies and welfare states. Alexandre Afonso finds the chapters to vary significantly in quality, but argues that taken as a whole, the book provides a good integrated overview of the challenges that immigration, fiscal austerity and changes in labour market structures entail. 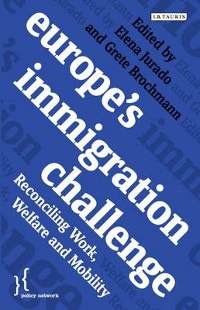 Migration and welfare are without a doubt among the most debated issues in Europe at the moment. In the United Kingdom, recent cuts in social benefits and debates about “welfare lifestyles” have shared headlines with the tougher line on immigration adopted by the Conservative party under the electoral threat of UKIP. These issues, however, are often discussed as separate problems. When they are mentioned together, it is essentially to outline the strain that migration may represent for the welfare system and public services. For instance, the threat of “welfare tourism” has been particularly prominent to justify the recent moves by David Cameron to limit access to benefits for Bulgarian and Romanian citizens, who will gain full access to the British labour market in January 2014.

However, a discussion of the more complex ways whereby welfare state arrangements and labour markets may interact with labour mobility has been virtually absent. Edited by Elena Jurado and Grete Brochmann in connection with the think tank Policy Network, Europe’s Immigration Challenge precisely tries to understand the various ways whereby work, welfare and mobility influence each other, and how they can possibly be reconciled. Most importantly, it shows how migration does not only impact on national socio-economic arrangements, but is also caused by them.

First, the book provides an interesting account of the impacts of migration on welfare states and labour markets in a number of European countries: Britain, Norway, Italy and Denmark. Looking back at an influential article he wrote in the 1980s, Gary Freeman argues that open borders tend to undermine systems of welfare entitlement based on closure: welfare states are not sustainable if a shrinking base of contributors has to provide benefits for a potentially unlimited number of recipients. This was notably a major explanation of the weak development of the US welfare state, but has also been challenged by recent research showing that migrants are actually less likely to use welfare services.

However, the use of migrant labour may still undermine the welfare state if it is used to escape social security contributions. Following up on this, Jon-Erik Dolvik shows how transnational labour mobility has challenged organised systems of industrial relations in the European Union, notably by allowing employers to circumvent wage standards and social security contributions through the use of posted work. In this respect, he notes that limitations on free movement applied by many European countries after the latest enlargements of the EU have not prevented migration, but have rather boosted other channels of labour mobility that are even more difficult to control and monitor, such as agency and posted work. For their part, Grete Brochmann and Anne Grodem show how the Norwegian welfare state, which is based on an open system of entitlement, generous benefits and a high level of services, has reacted to the increase in immigration.

The most interesting insight provided by the book is perhaps its analysis of the processes whereby immigration fills structural gaps in welfare systems and labour markets in terms of services and skills. For instance, Giuseppe Sciortino shows how low-skilled migration in Italy has been boosted by increasing female participation and the loosening of traditional family structures. In a nutshell, the availability of cheap, essentially female, migrant labour has allowed an increase in native female labour market participation in the face of the weak development of public child and elderly care services. In some way, migrants in Italy privately provide services that are provided by the state in more developed welfare states.

In a similar vein, Isabel Shutes shows the pivotal role that migration has come to play in long-term care in the UK. Cuts in public spending by local government have been passed on to the private companies that ensure the bulk of care at home, thereby putting pressure on wages and working conditions. As a consequence, migrants have come to dominate a sector in which low wages and irregular working hours are unattractive to native workers. In some way, the reliance on migrants with lower reservation wages may be a direct consequence of austerity reforms. This is a particularly striking finding considering that the parties that push for spending cuts are also those that emphasise their hard stance on immigration.

Martin Ruhs and Bridget Anderson show how the low-wage, low-quality route taken by the UK construction sector has fostered immigration. In a context of deregulation, and fierce competition on prices, British companies have progressively lowered their investment in skills and education, and increasingly relied on skills produced abroad. Georg Menz also highlights how political-economic arrangements have influenced the particular skill sets that employers target in different countries.

Even if chapters may be of unequal quality, the book provides a good integrated overview of the challenges that immigration, fiscal austerity and changes in labour market structures entail. The perspective, however, only looks at receiving countries. As the Eurozone crisis has prompted a new cycle of emigration in a number of European countries, particularly in Southern Europe, a discussion of emigration and coordination between sending and receiving countries would have been welcome. As a whole, however, the book will certainly be of great interest to scholars of migration, the welfare state and political economy in general, as well as policymakers. As these debates are often clouded by media fantasies and electoralist concerns by politicians, a sound discussion based on facts should lay the basis for an integrated approach to migration and welfare rather than the piecemeal, short-term reforms that one can observe in many countries. 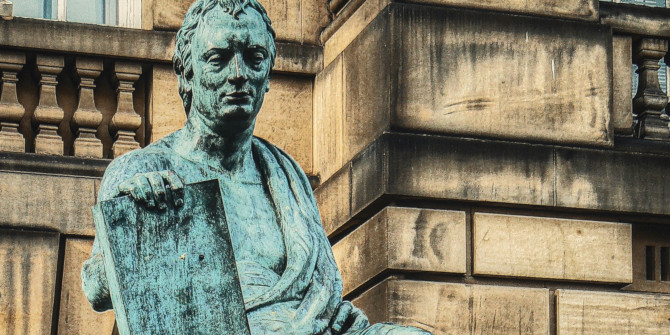