Ukraine is in the midst of civil unrest, following protests which began after the failure to sign an Association Agreement with the EU in November. Taras Kuzio writes that the conflict stems from the persistent erosion of democracy in the country. He suggests that the current government leaders cannot salvage their political futures and, despite their best efforts, Ukraine will not become more like Russia.

The death of protesters in Ukraine on 22 January, the symbolic national independence and unity day, marks the first time people have been killed in civil unrest since the country exited from the Soviet Union. Although, on the very same day, the government of Nikolai Azarov had passed several new laws, which included allowing police to use firearms, under the constitution, the ultimate responsibility lies with President Viktor Yanukovych.

The bloodshed came about because of the nature of those who are in power. In the first decade of Ukrainian independence, the dominant political figures were former dissidents turned national democrats on the one side, and ex-Komsomol (Communist Youth League) and senior political and economic nomenklatura on the other. Ukraine’s first three presidents (Leonid Kravchuk, Leonid Kuchma and Viktor Yushchenko) hailed from these groups and they supported the three pillars of the Ukrainian independent state – democratisation (in fits and starts), Ukrainian national identity and efforts toward European integration.

These leaders were anti-communist and fought Crimean Russian nationalist-separatists. More importantly, during crises such as the 2004 Orange Revolution, they supported compromise and negotiation through round-table discussions. They were not angels – few were on either side of the political divide – and most were tainted by corruption. Most of this corruption was derived from white collar crime.

A second group emerged throughout the former USSR, but only in Ukraine did ex-criminal elites come to power – post-Soviet leaders from the senior Soviet party or security nomenklatura. Yanukovych and Azarov come from the Donetsk region of Ukraine, which experienced high levels of violence during the post-Soviet transition and is notably Russophile in its identity. Little wonder that the Party of Regions, the political krysha (‘roof’, colloquial for ‘protection’) of the Donetsk clan, found common cause with Crimean Russian nationalists. The Crimea led the way in violence in the 1990s and also has a strong Russian identity. Meanwhile, the Communists have become a satellite of the Party of Regions.

High levels of bloodshed in Donetsk and Crimea continued through the late 1990s and the parliamentary faction of the Party of Regions that emerged from this in 2000 was organised by Governor Yanukovych to provide political protection for the Donetsk clan. The Party of Regions integrated former ‘Red Directors’, the managers of state enterprises that had been insider-privatised, leaders of organised crime, new emerging oligarchs and ex-security officials. Fourteen years later, the party still includes eighteen people with ties to crime.

The regional and social origins of Yanukovych and the Party of Regions explain their Russophile identity, as well as their repressive behaviour. It was wrong to assume post-Soviet elites were similar to US robber barons of the 19th century, as this would be only analytically correct for those who dominated ruling elites in the 1990s. Yanukovych and his oligarch allies have more in common with American criminal figures. As a Kiev taxi driver told me in December 2013, the difference between Kuchma and Yanukovych was like that between Silvio Berlusconi and Al Capone.

The Donetsk-Crimean alliance was forged in 2006 when the Party of Regions came first in parliamentary elections, but it was Yanukovych’s election as president in 2010 that enabled the alliance to effectively capture the Ukrainian state. Donetsk and Crimea were considered backwaters in the old USSR and its local elites had no influence in Kiev. This was the first time Donetsk ruled Ukraine.

The current social and political turmoil is therefore the culmination of five main factors which have led to the explosion of popular unrest which is continuing today. This outpouring had not taken place sooner, as disillusionment with the presidency of Victor Yushchenko had dampened protest during Yanukovych’s first three years in office.

First is the erosion of Ukrainian democracy, which appeared to reach its height on 16 January. Second is the replacement of the Ukrainian national identity with a Russophile national identity. In the summer of 2012, the Russian language was elevated to the same official status as Ukrainian. Third is the repressive nature of the regime. It employs both vigilantes and police to engage in corporate raids and attacks on journalists, opposition leaders and civic activists. Repressive behaviour has also been evident in the use of fraud by Yanukovych in every one of his elections – as governor, prime minister and president – and his use of brutal police violence against Euromaidan protesters, political leaders and journalists.

Fourth is the personal corruption of Yanukovych, whose three mains goals are to become the wealthiest, most powerful and longest serving president in Ukraine. The erosion of democracy has led to rampant corruption of a large scale with massive corporate raiding. Economist Anders Aslund has estimated the losses from corruption to amount to around $10 billion a year. Yanukovych has used his power to establish his own clan (dubbed ‘The Family’), led by his eldest son Oleksandr, who catapulted to one of the fifty wealthiest Ukrainians only three years after his father became president.

Fifth is that some Ukrainians were willing to ignore the factors above for so long as the president kept Ukraine on a course leading to European integration, in the hopes that Brussels would help push reform. At the end of November, however, the government decided not to sign an Association Agreement with the EU, which served as the spark for the present conflict.

Ukrainians have gone to the streets and set up tents on the Maidan (Square) three times – in 1990, 2004 and 2013-2014. Each occasion was to stand up against authoritarian leaders. Today, anger is mounting because Yanukovych has attacked the three pillars of Ukrainian independence and undermined Ukrainian sovereignty, travelling to Moscow as a president and practically returning as a regional governor.

Yanukovych’s Russophile attitude, repressive behaviour and contributions to the erosion of Ukrainian democracy, which he is constitutionally obligated to protect, along with the violence of recent days, have undermined his legitimacy and destroyed his prospects for having a political future in Ukraine. As someone who dreamt of ruling Ukraine as a managed democracy in the same manner as he governed Donetsk, Yanukovych has learnt too late that Ukraine is not – and will not – be like Russia. 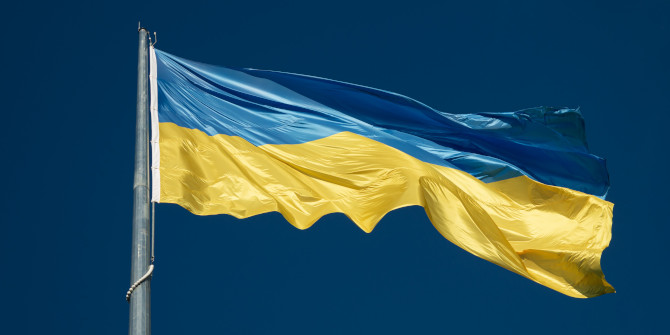