Scotland’s debate on its constitutional future has frequently focused on its future role within the EU. Jan Eichhorn and Daniel Kenealy argue that, despite uncertainty about the precise terms of an independent Scotland’s EU membership, the issue is not one that divides ‘Yes’ and ‘No’ voters. Furthermore, they show that in recent years there has been a marked rise in sceptical attitudes toward the EU in Scotland.

Figure 1: Views on an independent Scotland’s relationship to the EU by voting intention 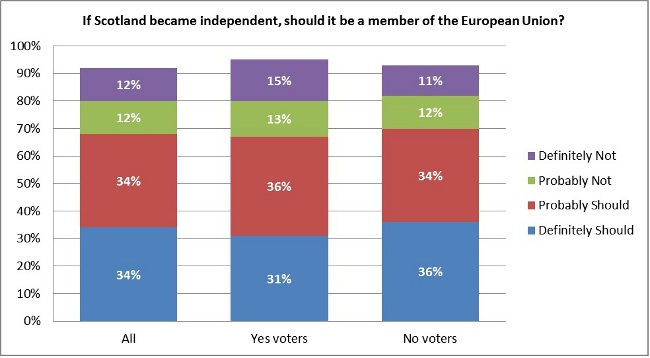 Figure 2: Scottish views on Britain’s relationship with the European Union 1999-2013 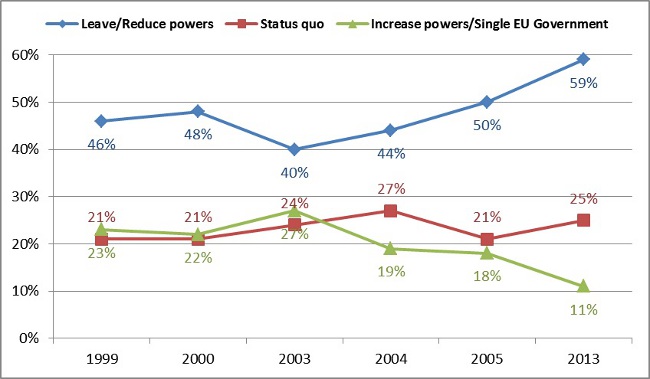 So why have Better Together been focussing on the EU issue? Two explanations are plausible: either they wanted to have the political and media agenda dominated by an issue that is not a vote winner – preserving their lead in the polls and trying to ensure ‘Yes’ could not shift the discourse to more decisive themes. Indeed a lot of attention has been paid to this issue without showing any significant effect on the polls. If however, Better Together tried to win more ‘No’ votes, the strategy was not successful, as voters do not seem to respond to the topic in either direction.

Note: This review originally appeared at LSE’s Euro Crisis blog and gives the views of the author, and not the position of EUROPP – European Politics and Policy, nor of the London School of Economics.

Jan Eichhorn – University of Edinburgh
Jan Eichhorn is a Chancellor’s Fellow in Social Policy at the University of Edinburgh. His research focuses on political participation and culture as well as subjective well-being and unemployment. He is the Principal Investigator of two ESRC-funded projects examining public attitudes to the referendum of adults and young people respectively.

Daniel Kenealy – University of Edinburgh
Daniel Kenealy is Lecturer and Associate Director at the University of Edinburgh  Academy of Government. His research focuses on the history of European integration and British foreign policy, including UK-EU relations. Since December 2013 he has been adviser to the Scottish Parliament’s European and External.