Hungary held elections on 6 April, with incumbent Prime Minister Viktor Orbán’s Fidesz party retaining its ‘supermajority’ in the Hungarian parliament. Johannes Wachs writes that one of the key challenges facing Hungary in the aftermath of the elections is the issue of corruption, with recent studies indicating that the country faces a greater corruption problem than other states in Central and Eastern Europe, such as the Czech Republic and Slovakia. He argues that while the evidence suggests corruption is systemic and not specifically linked to Fidesz, EU funds are particularly susceptible to the problem and this could exacerbate tensions between Hungary and net-contributor states in the rest of the EU.

On the eve of his recent reelection, Hungarian Prime Minister Viktor Orbán declared that the EU is the right place for Hungary, but only if there is a strong national government in Budapest. This qualification echoes the difficult relationship between Hungary and Brussels over the past four years in which Orbán has been in power. Yet there is no doubt that Hungary needs the EU. EU payments to Hungary in the 2007-2013 budget cycle amounted to a positive balance of 24 billion euros, or above 3 per cent of the country’s GDP every year. Given the anemic growth of the Hungarian economy in the last decade and low levels of investment, these funds are critical to Hungary’s development.

Recent studies on both Hungary and Central and Eastern Europe suggest they are also increasingly vulnerable to large scale institutional corruption. A recent study by Mihály Fazekas, Lawrence Peter King and István János Tóth has illustrated the unique structure and political orientation of corruption in Hungary. In another study, the authors, joined by Jana Chvalkovska and Jiri Skuhrovec, demonstrate that Hungary fares quite badly relative to Slovakia and the Czech Republic.

Besides the waste and damage corruption brings, the misuse of EU funds has the potential to strain relations between member states. Indeed, corruption may create a political backlash in net-contributor states, providing a compelling argument to reduce funding in future budget cycles.

The unique structure of corruption in Hungary

The authors’ findings on corruption in Hungary are based on interviews with witnesses and on an analysis of a database of contracts awarded in 2009-2012. Their main thesis is that corruption in public investment operates at a political level where there is a common understanding in the bureaucracy that connected firms should receive preference.

Groups of business elites connected to different political factions thrive or struggle based on who is in power. The most compelling evidence of this phenomenon is presented in the Chart below. The data shows that prior to the 2010 Hungarian election market leaders lost about 25-30 per cent of their market share, and were replaced by a new group of companies that saw a comparable increase in market share following the change of government.

Chart: Change in market share for the top 30 firms in Hungary before and after the 2010 election

Note: The red line shows the percentage market share of the top 30 companies in Hungary in the 18 months prior to the 2010 election, while the blue line shows the market share of the top 30 companies from mid-2011 to the end of 2012. The one year period after the 2010 election was excluded in this separation as it was deemed a transition period by the authors. Source: MaKAB via ERCAS Paper

The authors describe three particular aspects of Hungarian corruption in the country-specific article. First, they note that bribes and similar interactions between lower level bureaucrats and private level individuals are rare. Instead there is an unspoken culture of ‘legal corruption’ where connected firms are known to be preferred.

Second, they find that many contracts are handed out by manipulation of the procurement process, and without competition. For example, an unattractive contract may be modified after a friendly firm secures the deal. Alternatively, limited advertisement or a short submission deadline can exclude firms that are out of the loop. The authors present robust statistical evidence that these ‘irregularities’ – as they are described by the European Court of Auditors – are neither “irregular nor are they random”.

Finally, they find evidence of corruption in the data on both the current and previous governments, suggesting that corruption is systemic rather than associated specifically with particular governments or politicians. The overall picture in Hungary compares unfavourably with both the Czech Republic and Slovakia.

Is the situation improving?

While the authors of these reports have illustrated the existing problem with corruption in Hungary, it is unclear whether this situation is improving. The Hungarian government passed a series of anti-corruption laws in 2012; however it is debatable whether these can address the fundamental drivers behind the culture of ‘legal corruption’.

There are several reasons to believe the situation may in fact worsen. The continued political consolidation of institutions such as the State Audit Office by appointees, and the government’s rhetoric of transformation are worrisome. As discussed in Anna Grzymala-Busse’s study Rebuilding Leviathan, political capture of the bureaucracy because of incumbency is a serious problem in the region. This effect is compounded by the supermajority Fidesz will likely hold, following the results of the 2014 election, for eight years in total. Moreover, the increasing role of the state and domestic actors in the banking and utility sectors also raises the potential for new areas of corruption to emerge.

High profile examples like the success of Közgép Zrt, a construction company with many personal connections to the government and Fidesz elites, have not resulted in much public outrage, and did not seem to have a big impact on the recent election campaign. Perhaps this can be explained by referencing the third point above – that the main opposition to Fidesz has its own scandals. Voters have no reason to trust that corruption would be alleviated by the return to government of the previous ruling party.

EU funds and possible political ramifications outside of Hungary

EU funding represents a significant portion of public investment in Hungary. There is also evidence that EU funds face higher corruption risks in Hungary, with 33.8 per cent of EU funded projects receiving only one bid, compared to 29 per cent of those funded with national funds alone. Post-award contract modification was three times more likely when EU funds were involved.

A long term risk is that a perceived culture of corruption in Hungary and other net-beneficiary states increases the popularity of Eurosceptic political forces in the net-contributor states. In a recent article, Hungarian online news portal 444 presents a hypothetical future timeline in which investigative reporting by Der Spiegel uncovers widespread corruption and misuse of EU funds in Central and Eastern Europe. The article is meant to present one way Prime Minister Orbán may fall from power, but one side effect discussed is an increase in Euroscepticism in Germany. In reality, Western media are already questioning the political culture in Hungary, with frequent reference to questionable ties between the state and elites.

Rightly or wrongly, attention is receding from the European debt crisis and affected states. Uncontrolled corruption in the new European member states could provide a convenient new focal point for Eurosceptics. On the other hand, there is clear cause for the European Commission to be more vigilant in how the funds it distributes in the 2014-2020 budget cycle are spent. There is little reason to believe that effective reform will come from within Hungary.

Note: This article gives the views of the author, and not the position of EUROPP – European Politics and Policy, nor of the London School of Economics. Feature image: interior of the Hungarian Parliament, Credit: Mihai Maciuca (CC-BY-SA-3.0) 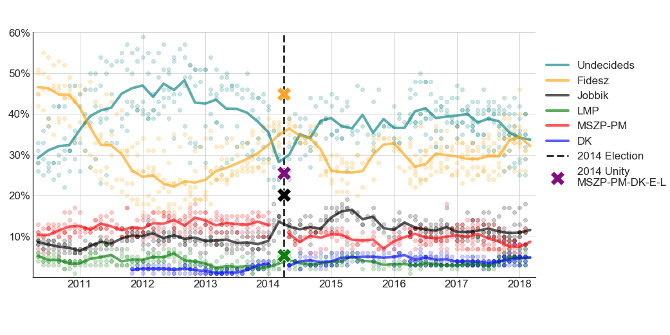