Growth in the Eurozone has declined significantly over recent months, raising fears that Europe could be heading toward another economic crisis. Bob Hancké writes on what it would take to generate growth in Eurozone states. He argues that the best – and possibly only – option for European governments is to adopt a strategy of public investment in infrastructure, human capital, public health and welfare. Crucially, there should be a balance between fiscal expansion and fiscal consolidation policies based on the state of individual economies, not on the blind application of one or the other principle across the entirety of the single currency area.

Here we go again. Two years after Mario Draghi’s ‘whatever it takes‘ moment, the Eurozone is again staring into the abyss. Growth has collapsed over the last six months, inflation is now so low it no longer greases the machine – some of the EMU member states are facing deflation, in fact – unemployment is stable at a very high level, and even the economic locomotive, Germany, is stalling. Debt, public or private is rising or stuck at a high level, and governments seem, to put it mildly, unable to do much about it all.

France and Italy are engaged in a contradictory balancing act, along the lines of ‘yes, we will balance our budget, but not quite yet, since our economies need some oxygen’. And the ECB seems slightly overwhelmed, running against the wind; it’s not even clear if the central bank can do all that much, given where we are, and the infighting within the ECB makes it likely that action from Frankfurt will be slow and not nearly of the shock and awe variety that Europe needs.

The conundrum is, in essence, one of growth. In the words of Keynes: ‘if you take care of growth, the deficit will take care of itself.’ Since deficits and debts are a function of government revenue, and that itself is a function of how fast the economy grows, the numerator (expenditure) can stay stable, or even grow, as long as the economy – and thus tax intake – grows at the same pace or faster. How, then, do you produce growth in the Eurozone?

The answer is quite simple, really. Forget, for a moment, so-called structural reforms – usually a euphemism for cutting wages and making labour markets more flexible. Even if they had a positive effect in the complex economies of the Eurozone – a big if, as they have never been shown to work outside economics textbooks – that effect would be several years away, and we need growth now. In fact, real wages have been falling in most Eurozone economies over the past decade or more, without any of the beneficial effects that, supposedly, would emerge spontaneously.

Then look at the big aggregates in a modern economy. Private consumption is, as a result of the wage squeeze, not growing all that fast either: middle-class families have lower incomes to spend, their future is more uncertain and, reasonably enough, they save what they have left at the end of the month. Exports could rise, yes, but not if everybody is adopting austerity policies: a fall in demand In countries A, B and C means that D – an export machine – no longer has growing markets for its own goods and, therefore, slowly slips into recession, with the inadvertent effect that demand in D for goods from A, B and C also drops sharply.

Governments in the Eurozone are constrained by a recent commitment to semi-balanced budgets overseen by the Commission and can therefore not spend their way out of a recession (assuming that was ever as easily done as early Keynesians thought). All that’s left, really, is investment. But private investment depends on the growth prospects of businesses; that turns this strategy into a catch-22. Investment is necessary for growth, but also dependent on growth.

That leaves us with one, and possibly only one, strategy: public investment, in infrastructure such as roads, broadband and green technologies, in human capital through education and further training, and in public health and active welfare services that raise the life chances of low income groups. The problem is not one of cost. Public investment can easily be paid for through new government bonds; in fact, much of the Eurozone can borrow at extremely low, almost negative real interest rates. And, since such investments have positive effects now by boosting demand, and later by raising the sustainable growth rate, they pay for themselves. They might be slightly inflationary, sure – excellent news, with an inflation rate stuck far below what is considered the neutral 2 per cent rate. And they may raise the incomes of poor people – even better, as they spend more of the income boost than wealthier people, thus multiplying the effect of the initial boost throughout the rest of the economy.

What Europe needs, therefore, is a political settlement in which responsible fiscal policies are defined as balancing expansion and consolidation, depending on the state of the economy, not the blind application of outdated and dangerous policies that we see today. EMU as a whole today has, and yesterday had, an aggregate fiscal position that is pretty much in balance, and can therefore spend on expansive policies without running into unsustainable fiscal positions. Anyone with a sense of history must be shocked by the parallels between what’s going on today in the Eurozone and the retrenchment policies of the 1930s, when adherence to the Gold Standard forced governments into draconian fiscal positions. Without wanting to be (too) alarmist: that did not end well.

A new political-economic settlement also needs to take into account that EMU is a collective project. What happens in one member state is a matter of economic and moral concern for the others. The first Greek crisis would have been solved faster and far more cheaply in 2010 with a collective rescue package that linked cash to administrative reform (Greece, as the closest thing to a failed state in the EU, almost certainly would benefit from some structural reforms which make it match expenditure and revenue a bit more closely). Instead everyone accused the Greek governments of doing nothing before the crisis. To borrow a metaphor coined by my colleague Paul De Grauwe: rather than calling the fire brigade when they saw their neighbour’s house on fire, they called the police.

What I’m advocating is not blind solidarity, but a measured form of mutual trust based on enlightened self-interest, and which plays out over time. High-growth countries, for example, such as Spain and Greece in the first decade of EMU, would pool part of their growing income with low-growth economies (Germany before 2008), with the flow reversed after the crisis hit. That would have kept growth and inflation on a sustainable path everywhere, prevented the massive balance of payments crisis that erupted in the late 2000s, and built a modicum of trust vis-à-vis the Mediterranean economies among the German and North European public, to be used when we need it most.

We are not there at the moment, and we may never get there. And we probably wouldn’t start from here if we had a chance to do it all over again. But a sensible expansion of political union, coupled with a demonstration by EMU that there is leadership after all, also beyond the ECB, might reignite some of the popular enthusiasm for the European project. It is sorely needed. 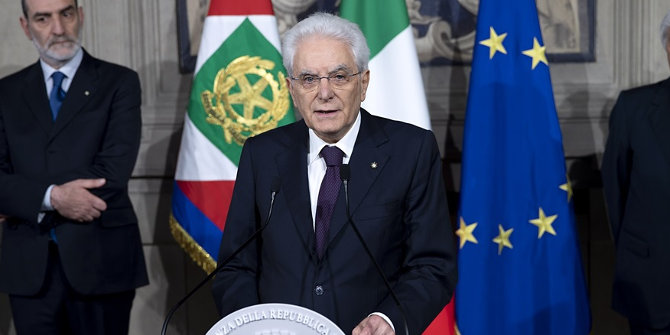