Turkey committed itself to conducting operations against Islamic State following a suicide bombing in the town of Suruç in July. However, as Bill Park writes, the country has faced criticism over its decision to link operations to attacks carried out against Kurdish forces. He notes that the complex nature of Turkey’s involvement in the conflict has indirectly allied the United States with jihadi groups and helped facilitate the Turkish government’s attempts to undermine Kurdish organisations in Turkey and Syria.

In the wake of the alleged Islamic State (IS) suicide bombing in the Turkish border town of Suruç on 20 July 2015 that killed thirty-three pro-Kurdish activists, Ankara finally committed itself to actively contribute to the US-led fight against IS in Syria. In particular, it agreed to allow US bombers and armed drones to attack IS targets from Turkey’s Incirlik airbase. The first such attack was launched on 12 August. Within days of the Suruç attack Turkish forces also retaliated against an IS base in Syria from where cross-border fire had killed a Turkish soldier.

Furthermore, dozens of alleged IS activists were detained in police raids throughout Turkey, although many have subsequently been released. Ankara had long resisted US pressure to join the fight against IS, and has been widely suspected of at minimum turning a blind eye to IS activities at the Syria-Turkey border and inside Turkey, and perhaps even of colluding with the jihadist group. In September 2014 Turkey reportedly freed some detainees in return for the release of forty nine Turkish citizens who had been taken captive by IS during its capture of Mosul, northern Iraq. Some have speculated about the existence of a tacit non-aggression pact between Ankara and IS.

Turkey’s Kurdish activists, and those of the Syrian Democratic Union Party (PYD, or Partiya Yakitiya Demokrat), have long been convinced of Ankara’s support for IS, as have many Turkish opposition politicians, journalists, Damascus and Tehran, and many western diplomats and officials. In the immediate aftermath of the Suruç bombing, two Turkish policemen were murdered by the Kurdish Workers’ Party (PKK, or Partiya Karkeren Kurdistane), with which the PYD is affiliated and which held the government responsible for the Suruç atrocity.

In response, Ankara combined its crackdown against IS with a much fiercer onslaught against the PKK, which has resulted in numerous bombing raids against PKK targets inside Turkey and across the border into Iraq, the detention of hundreds of Kurdish activists and elected officials, the blocking of Kurdish websites, and calls for the withdrawal of parliamentary immunity from MPs representing the pro-Kurdish Peoples’ Democratic Party (HDP, or Halklarin Demokratik Partisi).

Ankara’s belated alignment to the anti-IS coalition was coupled with an agreement with Washington that they would cooperate to establish a ‘safe zone’ along a roughly seventy mile stretch of the Turkey-Syrian border. Turkey has long pushed its allies to support the establishment of such a zone, and has been frustrated by their resistance to the idea. Western and especially US reluctance was explained by an unwillingness to put boots on the ground, a wariness about engaging Syrian regime forces, a possible escalatory reaction by Tehran or Moscow, and a well-founded suspicion that Turkey preferred to focus on Assad’s overthrow rather than the defeat of IS and other jihadist groups.

However, it remains unclear who is to provide the ground forces to secure the safe zone. Turkey will not countenance a PYD lead. Indeed, when PYD forces took the border town on Tal Abyad in June 2015, which enabled the Kurds to link two of their three cantons in northern Syria and control the bulk of Syria’s border with Turkey, President Erdoğan declared – not for the first time – that an autonomous Kurdish zone in northern Syria was unacceptable to Turkey.

A build up of Turkish forces ensued. Yet the town had been held by IS for over a year, a situation that prompted not a peep from Ankara. Most of the first detachment of fifty four US-trained ‘moderates’ that were infiltrated into northern Syria in July were promptly rounded up by the al Qaeda affiliated Jabhat al-Nusra – some believe as a result of a tip off by Turkish security forces. Turkey long resisted US pressure to proscribe al Nusra, and even since it eventually complied with Washington’s wishes in June 2014 it has nevertheless been generally suspected of sponsoring the group, along with Qatar and Saudi Arabia.

Evidently Washington is unwilling to be seen as aligned with an outfit such as al Nusra, and has recently launched air attacks against it. There are signs that in recent days the group has lowered its profile in and around the designated ‘safe zone’ north of Aleppo, ceding its positions to other jihadist groups such as the still more Ankara-favoured Ahrar al Sham. Although such groups have recently taken to positioning themselves against IS, possibly to facilitate Turkey’s negotiations with Washington, in fact their memberships and ideologies overlap with those of IS, and the relationships between them are fluid and frequently cooperative. The ‘safe zone’ might well emerge as an IS free zone, but the most likely candidates for control of it are hardly less objectionable jihadi factions.

From Ankara’s perspective, the chief advantages of such a jihadi, but non-IS, controlled zone along its southern border are two-fold. One is that it will serve to prevent PYD control of the entire border with Syria, which was threatened by moves westwards by Kurdish forces aimed at connecting the third Kurdish canton, Afrin, with the other two. Turkey has been rattled by PYD advances in Syria, and by the fact that hitherto most US bombing raids have been in support of PYD battles against IS.

Most observers seem to have concluded that Turkey’s ruling Justice and Development Party (AKP, or Adelet ve Kalkinma Partisi) have connected Syrian Kurdish advances with the electoral success of the HDP in Turkey’s June election. This resulted from Kurdish voters switching their allegiance from the AKP to the HDP, thereby returning eighty HDP MPs and denying the AKP an overall majority. The current onslaught against the PKK is widely interpreted as a high-risk attempt to discredit and compromise the HDP, push its vote below the ten per cent threshold, and thereby clear the way for an AKP parliamentary majority at the 1 November elections. This has for the time being killed what passed for the ‘peace process’ between the government and Turkey’s Kurds.

The second virtue for Ankara of a jihadi controlled safe zone is that such groups can be relied upon to align with Turkey’s main objective of overthrowing the Damascus regime. They might even receive US air support in doing so. Even if Turkey’s determination to overthrow Assad is understood, its ideological overlap with Syria’s Islamists is only reluctantly conceded, and its reluctance to directly confront or escalate a fight with IS remains underestimated – although Ankara does now appear to better appreciate the threat posed to it by IS.

The AKP government showed no inclination to concede Kurdish requirements of the ‘peace process’, most notably devolution, nor did it seek to elevate the HDP as a serious negotiating partner as a means to marginalise the less compromising armed elements of the PKK. Ankara’s passivity at best in the face of the IS siege of Kobane, and to the IS presence on its border, were not aberrations. In its gratitude at belated and limited Turkish cooperation, Washington appears to have indirectly allied itself with jihadi groups, and to have facilitated a Kurdophobic Ankara’s attempts to undermine Syria’s and Turkey’s Kurds. This is sure to rebound sooner rather than later. 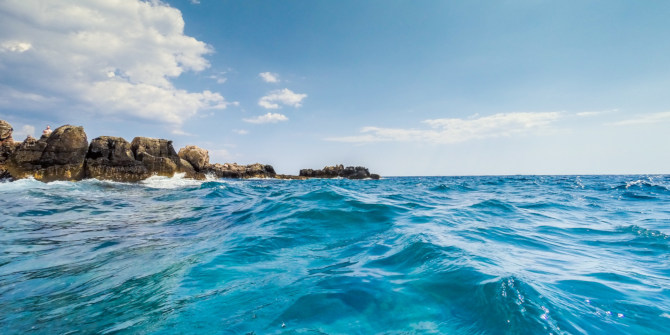 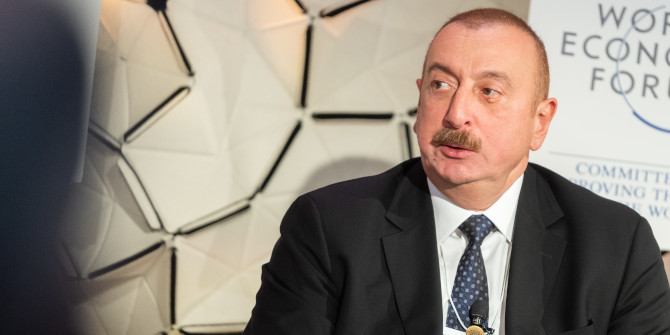