In the 1990s, countries worldwide reformed their central bank laws, removing monetary policy from government control. While central banks can have other legal tasks, including balanced economic growth and financial stability, more independent banks focus principally on price stability. These newly independent central banks can change interest rates and target the exchange rate or money supply to ensure price stability or low inflation. Most analyses focus therefore on the effect of such independence on inflation and its potential trade-off with economic growth.

Central bankers’ words and actions are scrutinised by the media, financial markets, politicians and the public at large. Fiscal policy is generally not part of the legal mandate of an independent central bank, even if, in the long run, debt accumulation through deficit spending affects inflation expectations and inflation, which are of direct concern to the bank. Yet, time and again, independent central bankers respond to governments’ budget plans with public statements urging them to limit spending to available taxes and avoid deficits.

For example, the European Central Bank’s introductory statement to its president’s monthly press conference habitually asks for euro-area fiscal restraint. Anecdotal evidence also shows more direct threats of tight monetary policy in response to fiscal deficits. In 2010, Axel Weber, then German Bundesbank president, warned that ‘excessive deficits can cause tensions with monetary policy and may require higher interest rates if not corrected’ and Mervyn King, at the time the Bank of England governor, noted that ‘uncertainty about how and when fiscal policy will respond has a direct bearing on monetary policy’.

Despite the economic and financial crisis, in the spring of 2009 Turkey’s central bank was warning that ‘strengthening a commitment to fiscal discipline and structural reform is vital if monetary policy decisions are to be effective’. Also, in 2011 the European Central Bank (ECB) used secret correspondence (that later leaked to the press) to demand sweeping deficit cuts from Italy, Ireland and Spain. These and additional measures were required as a condition for the ECB buying Italian and Spanish bonds from the market to try to reduce the high interest rates that markets demanded of these countries.

But why do central bankers venture into a clear domain of political choice like fiscal policy, and does it affect fiscal discipline? Can independent central banks be expected to behave differently and does that affect fiscal deficits? The direct connection from central bank independence to fiscal deficits has been tested in the literature, yet findings have been mixed for both developed countries and developing nations. These varying results have remained unreconciled for several reasons.

We favour a political economy approach that emphasises legal rules (the law governing the central bank) and the conditions under which such rules have practical effects on behaviour. Independent central banks prefer budget discipline because of the long-run connection between deficits and inflation, and can pursue their fiscal policy preferences through interest rate hikes and by refusing to lend to the government.

Extant work shows that political institutions determine the degree to which central bank law is enforceable and, thus, when the de facto behaviour of the central bank reflects its aversion to inflation. We argue that democracies have an advantage over autocracies in the application of the rule of law due to stronger constraints on executive power and more transparency. This advantage increases the credibility of monetary policy delegation to an independent central bank and, we argue, raises the likelihood of retaliatory monetary policy in response to fiscal policy, which can deter fiscal deficits.

Yet even if we uncover an average effect from central bank independence on fiscal deficits in countries with rule of law and impartial contract enforcement, this effect may come from fundamentally different central bank behaviours. On the one hand, the independent central bank may prompt governments to adopt a fiscal policy countering the macro-economic cycle, incentivising surpluses or balanced budgets in good times. On the other hand, as we argue, the alternation of surpluses and deficits can emerge when the central bank pragmatically guards its formal, de jure, independence by accommodating politicians under circumstances related to the electoral calendar or government partisanship.

Why the impact of central bank independence on fiscal policy matters

Several democracies in our sample have either been late to give more independence to their central bank (Turkey, Thailand) or have delegated only partially (Uruguay, South Africa, Mongolia, South Korea, Israel). For such countries our results indicate that fiscal discipline can be strengthened by further reforming the central bank. Since the 2007 economic crisis, central bank independence has again become a hotly debated issue, with many arguing that politicians should be more active in monetary policy and that central banks should be more responsive to recessions. Globally, inflation is currently not a great concern, so political interference in monetary policy may seem inconsequential. Our research suggests, however, that fiscal deficits are a likely consequence of curtailed central bank independence.

Our data supports two possible explanations for this finding and it is important for future work to investigate further what appears as central bank non-neutral behaviour. Some of our evidence shows that the left takes advantage of a nominally independent central bank to counter spending demands by its own constituency. On the other hand, we also find evidence consistent with the idea that the independent central bank is more eager to prevent spending by the left, due to an ideological proximity to the political right.

Note: This article is based on the authors’ recent paper in the British Journal of Political Science. It gives the views of the authors, not the position of EUROPP – European Politics and Policy, nor of the London School of Economics. 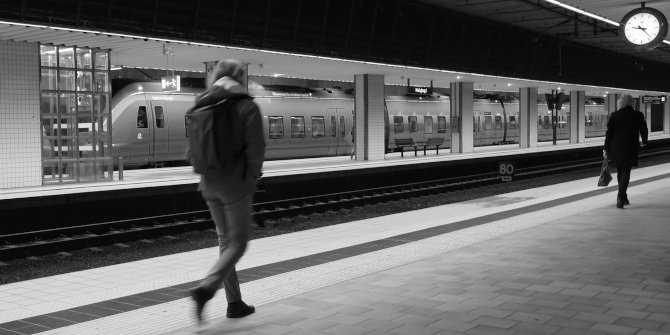 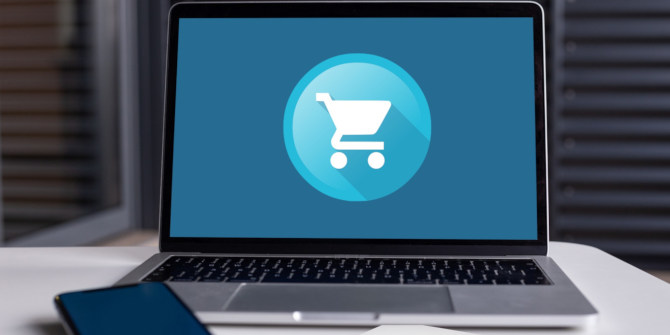