This is the second in a series of articles on whether the UK is “marginalised” in EU decision-making. The first piece looked at the positions of the UK government in relation to policy outcomes and found that on average the UK was closer to EU outcomes than most other EU governments. In this piece we look at the actual voting records in the EU’s Council of Ministers and ask a slightly different question: how often is the UK outvoted in the main EU legislative institution?

Formally, the ministers of EU governments, who meet in the Council according to their policy portfolios, vote on all legislative decisions and most votes are taken by a “qualified majority vote”. In practice, though, the majority of decisions are agreed by “consensus”, meaning that ministers work together to seek an agreement that all countries can support. As a result, most votes are recorded with either no or only a few countries opposing. Yet, “opposition” comes in two forms: a government either formally records a No vote, or chooses simply to Abstain. We hence count both abstention and negative votes as failure to publically support a majority view.

Figure 1: Percentage of times EU states are in the losing minority in Council decisions (click to cycle through years) 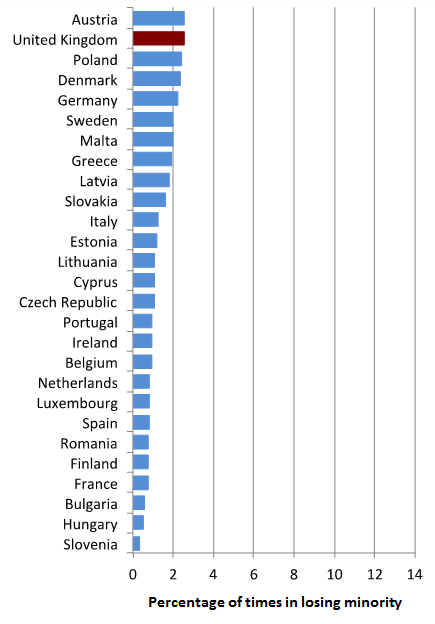 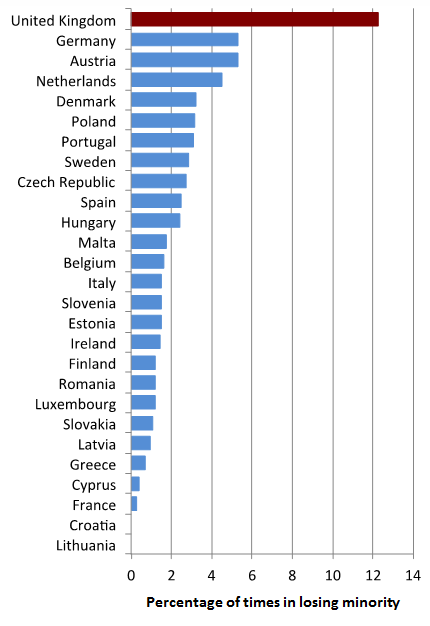 Note: The two charts show data from the periods 2004-2009 and 2009-2015. To move between each chart click on the tab for the relevant period. Data from VoteWatch.eu 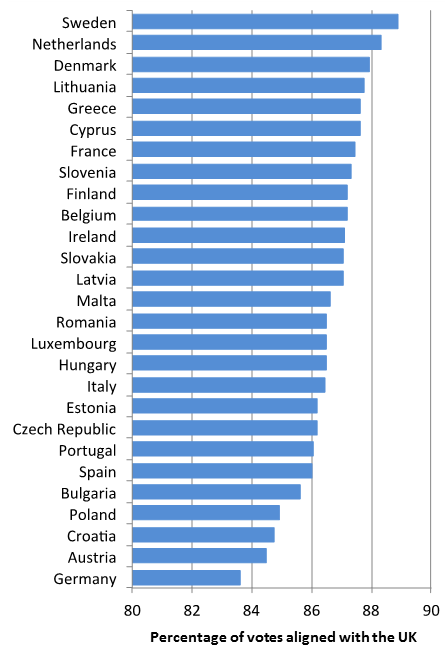 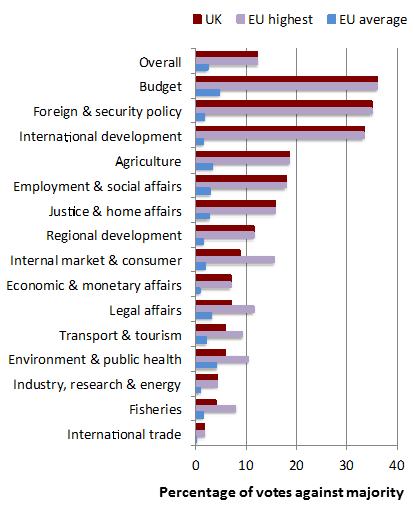 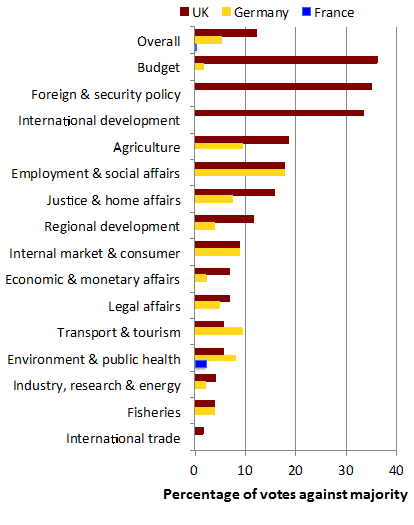 LSE has just launched a new blog covering the UK’s EU referendum campaign, where this article also appears. You can visit the BrexitVote site here or follow the blog on Twitter and Facebook.

Note: This article gives the views of the authors, and not the position of EUROPP – European Politics and Policy, nor of the London School of Economics. Featured image credit: Number 10/Arron Hoare (Crown Copyright)