Montenegro has been formally invited to join NATO, in the first expansion of the organisation since Albania and Croatia joined in 2009. In an interview with EUROPP’s editor Stuart Brown, Montenegro’s Chief EU Negotiator, Aleksandar Andrija Pejović, discusses the country’s efforts to join both NATO and the EU, the recent protests against Montenegro’s government, and how the country’s NATO membership could impact on relations with Russia.

NATO accession has been one of Montenegro’s priorities for several years, but public opinion has been split on the issue during this period. How would you respond to the criticisms voiced by those who oppose Montenegro’s NATO membership?

Joining NATO has been one of our key strategic foreign policy goals since our independence. We have made this clear to our partners in NATO and we have worked extremely hard over recent years to achieve this aim. Since the summit in Cardiff in 2014, we have worked on reforms in the intelligence and defence sectors, boosting our defence budget and improving our participation in military operations around the world. We have also worked on improving the rule of law, which corresponds to our progress toward the EU accession.

However we have also worked on the public campaign. Previously we have tried to examine why some people were not as positive about joining NATO. The campaign we have run throughout this year has focused on specific groups and on explaining the benefits in terms of security and stability that NATO membership would bring. There have been a number of misconceptions, such as the idea that if we joined NATO we would be taken into wars or fall victim to terrorism.

So we have tried to tackle these perceptions and to highlight the benefits that stability could bring to areas such as investments and tourism. This campaign has brought results in terms of moving public opinion. And it has become easier since we began receiving positive signals about the invitation.

One of the issues raised by Montenegro joining NATO is the effect it might have on relations with Russia. What impact do you see NATO accession having in this respect?

We have made it clear since 2006 that we intended to join NATO and we have said this on various occasions to our Russian partners. But we were also very clear on the restrictive measures that Montenegro implemented together with the EU, in relation to the Ukraine crisis. In regard to our relations, we haven’t yet seen a decrease in the number of Russian tourists in Montenegro this year. We also have to recognise the nature of Russian investments in Montenegro, which are largely focused on real estate.

We understand the geopolitical reasons why this is important, but from our perspective we were very honest to our Russian partners clearly stating that we are going to join NATO and that this will not undermine our bilateral relations with Russia, where we have a long tradition of friendship.

Opposition to NATO has been one of the main elements in the protests that have occurred in Montenegro in recent months. How has this influenced the discussions around accession?

Of course the protests overlap with the NATO issue to some extent. After three weeks of protests in which the main road was blocked in front of Montenegro’s parliament, the protesters were asked to move to another area. When this did not happen, the police had to act to open up the route, which led to protests continuing throughout the city.

What’s important to understand is that the state acted only to ensure order and not to impede citizens’ democratic right to protest against the government. But we do have to be very much aware that this is not just about the internal politics of Montenegro and is also about our bid to join NATO.

In addition to NATO, joining the EU has also formed one of Montenegro’s key strategic goals. How would you characterise the progress Montenegro has made in its EU accession process?

Soon we will be celebrating our tenth anniversary as an independent state, so it’s a good time to take stock of the progress we have made. I would say that in both integration processes with the EU and NATO there has been an immense amount of work already done. Ten years ago we were not even a state and now we have reached the point of receiving an invitation to join NATO.

At the EU level, our immediate priority was how we could overcome the delays caused by disagreements over how Serbia and Montenegro should negotiate a Stabilisation and Association Agreement with the EU. We managed to sign this fairly quickly and create the conditions for an application, finally opening accession talks three years ago. The enlargement process has changed quite significantly since the ‘big bang’ enlargement in 2004. Now it is not just a question of transposing the acquis, you also have to demonstrate implementation and show the European Commission that everything has been put in place, which has made the process longer and more demanding for us.

I think we have made a breakthrough first of all in terms of altering the mindset of those involved. In the 1990s the Balkans, Montenegro included, experienced isolation and we have opened up to new approaches such as pursuing more trade and travel through visa liberalisation and other mechanisms. What is also important is that we are building drastically improved institutions and winning back the trust of people in these institutions. This is most visible in the rule of law area where we have invested a lot of effort in improving the legislative framework and establishing institutions which can tackle problems like organised crime and corruption.

Of course there is a lot of work ahead of us. The acquis runs to tens of thousands of pages and particularly for small states like Montenegro, it is important to be very cautious about the preparation for this and how it is planned.

You have noted that the enlargement process has changed a great deal since 2004. To what extent would you say Montenegro has been a victim of circumstance in the sense that it is now much more difficult to achieve EU accession than it perhaps was in the early 2000s?

I think it’s important to say that the enlargement process has never been set in stone. The enlargement in 1995, when Austria, Finland and Sweden joined, was very different from the one in 2004, and also for Croatia later on. Clearly in the 1980s it was much easier as the acquis was smaller and there was no Schengen or Eurozone during this period. So of course, we are realistic: things change and we are attempting to deal with the process as best we can.

In our case, the content of the accession talks has changed. As I mentioned, the Commission no longer simply monitors the transposition of the legal acts; we also have expert missions coming to the country and checking aspects such as whether the equipment at border crossings is up to standard, whether the transport acquis is really in place in Montenegro’s railways, and so on. There is therefore much more scrutiny on our actions. Indeed as it happens, most of the candidates that are pursuing accession at present are already acting as the EU Member States in many respects, which is having a backlash effect among the other Member States as the Commission is keen to monitor their actions as well.

In addition, there has been a clear change in the political situation. We can talk about ‘enlargement fatigue’, but the rest of the Balkans is not such a large area. In population terms it is less than Romania in total. So one gets the sense that this is not an important enlargement in terms of the underlying numbers, however it is important in terms of the stability of the region and Europe overall. Undoubtedly it is more difficult to catch the attention of the EU Member States than it was in the 1990s when they were moving toward the big bang enlargement, but as long as we progress we can continue toward accession.

One of the issues you also mention is corruption. The recent EU Progress Report mentioned that Montenegro needs to make further progress in strengthening the institutional framework and in establishing a solid track record in the fight against corruption and organised crime. How is this being achieved?

We have set up a number of institutions. First of all, there is the Special Prosecutor’s Office dealing with organised crime and corruption. We allocated ten per cent of the human resources for the prosecution office to this new institution. We have also established two further bodies that will work with the Special Prosecutor’s Office: namely a force of special police units focused on organised crime, and a special department in the High Court in Podgorica which will process these kinds of cases.

While these three bodies will address the criminal side of the problem, a new Anti-corruption Agency will become operational in January 2016. This will combine the responsibilities of the Commission for the prevention of conflict of interest and the current agency for fighting corruption, as well as dealing with the issue of party financing. So both the preventive and criminal aspects of corruption will be addressed under the new system. It is also necessary, given the number of new acts of legislation we have implemented in such a short space of time over the last few years, to improve the training of judges, prosecutors and other individuals involved in implementation.

Posted In: Five Minutes with... | Politics 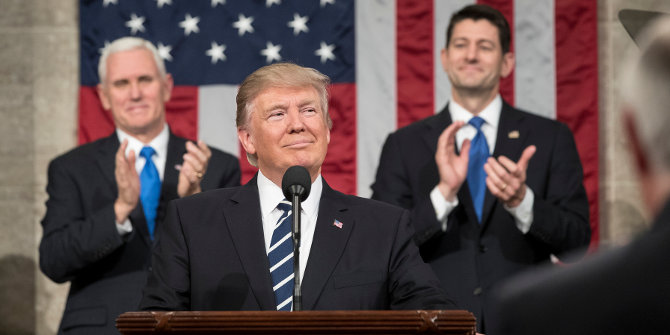