The Paris climate conference began on 30 November. Olivia Gippner assesses the progress made in the first week of discussions, noting that while a negotiating text has been agreed, most of the critical issues have been left for the second week. She writes that one of the trends apparent in the first week is that the EU’s status has changed significantly from the 2009 summit in Copenhagen, with the EU losing some of its leadership role to China and the United States.

Long term shifts in geopolitical alliances and international crisis hotspots, as well as an increasing consensus on climate change science, have altered the political landscape between the 2009 Summit in Copenhagen and the 2015 COP21 in Paris.

China is today contributing a quarter of global emissions, which effectively makes it the most important country in the fight against climate change. India has the highest growth prospects both economically and in terms of population. The EU, as one of the most pro-active blocs on climate policy and for years a strong advocate of the multilateral climate process, has developed strong bilateral relationships with most of the negotiating parties. But what is the status of relations between these actorsand what will determine their agreement in Paris?

In this article I take stock of the first week of the Paris negotiations from the perspective of the European Union, with a special emphasis on the positions of China and India. The mood and expectation for a meaningful Paris agreement remains positive; yet, it is clear that overall the EU has lost its leadership role.

Achievement: there is a negotiating text

While there is a negotiating text, all critical issues have been left for the countries’ ministers who arrive in week two. That in itself is a major achievement, as it reflects the negotiations of all parties over the last few years and aims to realise what the 2009 Copenhagen Summit set out to do.

The Draft Paris Outcome remains hard to read. In order to include all contributions, the present text looks like a set of bracketed proposals, yet it is a concrete basis for governments to decide on. The EU is willing to accommodate US constraints to getting binding mitigation targets through the Republican-dominated US Congress.

In Saturday’s press conference, the EU Commissioner for Climate and Energy Cañete expressed that in return the US might have to accept “certain [read: less explicit] language”. The overarching goal is to avoid an outcome similar to the Kyoto Protocol, which was never ratified by the United States after it failed to get enough Congressional votes.

Tensions: EU support for vulnerable countries on setting the target at 1.5 degrees Celsius, China seems to be immobile

Perhaps in an effort to “raise its profile as a climate change pioneer”, Germany pushed for the EU to support smaller island nations – some of the countries most vulnerable to the effects of climate change – to include the target of 1.5 degrees Celsius into the final negotiation text. China remained sceptical to the idea.

In line with the Chinese credo of promising little and over-delivering, the country feels uncomfortable with setting a lower target, which seems almost certainly out of reach. The dilemma is that China is organised within the negotiating group of “G77 and China”, which comprises many of the countries demanding a shift to 1.5 degrees. India on the other hand would find it hard to argue for 1.5 degrees considering its continued plans for intensive coal production.

Trend 1: the debate on climate finance is shifting

Finance is the core issue at the Paris climate negotiations. Most of the larger discussions contain demands by the developing countries for developed countries to increase the finance given and to avoid shirking responsibility. Developed countries retort by enumerating their multiple projects and aspirations (the EU is the biggest provider of climate finance and development aid globally).

This has been the style of past meetings. Yet China in particular is changing the game. In the sessions of the so-called ADP contact group, which was working on the actual negotiation text, China had not significantly diverged from its traditional rhetoric, focusing on differentiation of commitments based on countries’ economic status.

But, as is usual for Chinese climate policy, which is highly ambitious outside the multilateral negotiation table, the government meanwhile announced significant funds for South-South cooperation. Two funds to tackle climate change total USD 5.1 billion. And even more drastically President Xi Jinping pledged to spend a staggering USD 60 billion on development projects in Africa. China might be negotiating as a developing country, but through these actions it is also changing sides towards a climate finance provider.

Trend 2: China no longer the “bad boy”, India stepping in

A sea-change in Chinese attitudes and policies towards climate change took place around 2006 when China overtook the United States in absolute emissions. Since then we could witness a convergence of framing of overall climate change policy, where China has been moving away from the rhetoric of justice between industrialised and developing countries, to claiming “responsibility” for reducing emissions and to declaring “war on pollution”.

While there were promising signs from India through its massive renewable energy programme, the country also plans to triple its coal production by 2040 according to the latest IEA report presented by its Executive Director, Dr. Fatih Birol, who is attending the climate talks. With such prospects in mind, it is easier to understand India’s negotiation position during the first week, which emphasised on the very basics of the negotiations, that developed countries should pay for combatting climate change due to their historical responsibility as early industrialisers.

More concretely, India opposes five-year review cycles, which would create a process to increase the ambition of the current pledges in five years. Such a review cycle is considered essential by the most vulnerable countries and the EU, since the present commitments do not suffice to limit global temperature increases to 2 degree Celsius. Besides demanding better  compensation mechanisms for those communities who will have to suffer and lose their livelihoods due to climate change, it is also nationalist sentiment that makes India drive a hard bargain. The agreement at the end of next week might well reflect several concessions to the Indian position.

The EU’s negotiating power has changed considerably since the landmark Copenhagen Summit in 2009. A convergence in terms of interests and policy preferences with China and the US thus can be considered a validation of the EU’s role as an international actor. At the same time, however, the 2014 and 2015 US-China climate agreements changed the climate game completely and as a consequence the EU is losing its leadership position to the US (on the negotiation side) and China (on the technology implementation side). While this might be an issue of concern for the European Union, which has been instrumental in driving the process for years, it is also an opportunity, since it demonstrates the inclusiveness of the process by bringing all countries to the table.

Hopes for week two: Governments more progressive than their negotiators, French facilitation taking over this Saturday

In the light of a reduced scope for leadership, what are the EU’s options? In the run-up to Paris, the EU has supported China to take on a leadership role. The French hosts have encouraged and highlighted domestic enforcement efforts in China and India. The EU still excels in its technological innovation ability and can support the emerging economies by offering capacity building. On a more strategic level, the EU can also provide advice on how to manifest the link between climate change and public health – chiefly air pollution – and low-carbon growth to strengthen the present path in the face of slowing economic growth.

Finally, the EU might have to accept a text which shies away from mitigation targets, but allows countries to get it ratified domestically (in particular the US) and to sell it to their constituencies (in particular India and Brazil). In this regard, the impressive actions of some civil society groups have managed to establish a global public constituency which is capable of putting pressure on their governments to act. The EU’s priorities for week two therefore are to progress on questions of emissions reduction, adaptation and climate financing as well as to keep room for “ratcheting up ambition”. It will also be the moment for the French facilitators, who took over from the previous chairs on Saturday, to demonstrate the best of French diplomacy.

The research for this article was supported by the Dahrendorf Forum, a joint initiative by the Hertie School of Governance, LSE and Stiftung Mercator. The author is an observer at the Paris COP21, reporting from open sessions and discussions in the corridors. A more extensive analysis of the EU’s negotiation position was published as a Strategic Update by LSE IDEAS. 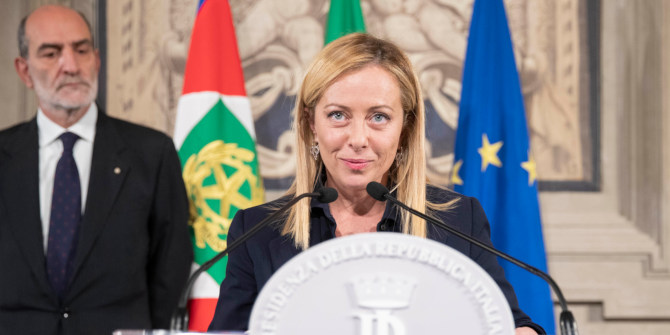 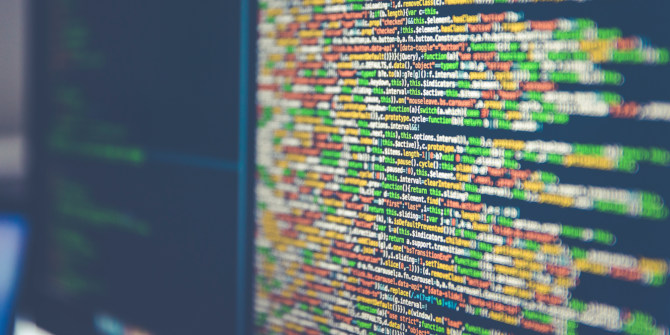 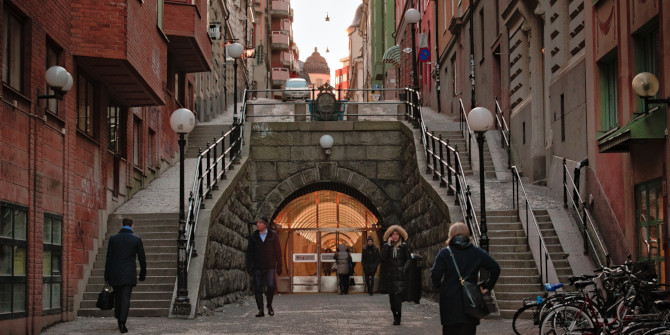