One of the most common arguments during the Eurozone crisis was that states required greater levels of political integration to help stabilise their economies. However, as Arthur Borriello and Amandine Crespy write, the crisis also witnessed a shift toward more intergovernmental forms of decision-making centred on the European Council. They note that the EU is now caught between competing narratives which simultaneously advocate ‘less Europe’ and ‘more Europe’, and that with the refugee crisis generating similar paradoxical positions, it is time for national governments to articulate a consistent vision for the future of the integration process.

At first, the crisis of the Eurozone revived the debate on federalism in the EU: a debate that had seemed to be at a standstill since the dramatic failure of the constitutional adventure launched in 2000 with the European Convention and which abruptly ended with the failed ratification referendums in France and the Netherlands.

Since the main problem of the Eurozone was deemed to be its incomplete construction, the only way out was more integration. However, while several measures have been taken to tighten macro-economic policy in significant ways, it quickly became clear that no federal ‘leap’ would happen. For a long time, European citizens have identified the EU as being part of the problem rather than the solution.

The same double movement can now be observed with the refugee crisis. Although a federal leap remains highly unpopular, the EU has nevertheless been prompted to act. This ambivalent process is not entirely new and used to be called ‘integration by stealth’ by academics. But the more politicised EU issues have become, the more problematic this method has appeared. In several respects, today’s EU seems to be on the verge of political disintegration.

In a recent study, we illustrate that the main problem is what we term the ‘double discourse’ of national leaders, which has exacerbated the EU’s legitimacy problem. Our analysis starts from the perspective that the current state of EU politics and policy making is unsustainable. As the EU is likely to transform itself radically in the years to come, national leaders will have no choice but to elaborate a consistent narrative for justifying the place of their country in Europe and the choices which will have to be made. Whether they like it or not, federalism will remain the elephant in the room.

The emergence of the paradoxical EU which we know today goes back to the post-Maastricht era. Many scholars of EU integration consider Maastricht as the moment which woke up public opinions, marking the end of the so called ‘permissive consensus’ which had existed prior to the treaty. The qualitative steps toward Economic and Monetary Union, and the fiscal constraints it involved, generated a new body of criticism that sought to protect national sovereignty. The 1990s witnessed a corresponding rise in Eurosceptic movements.

Liesbet Hooghe and Gary Marks have previously suggested the EU has entered a ‘post-functional’ era. In spite of functional pressure to pursue integration, notably due to globalisation, the spillover effect that translates such pressure into action appears to have slowed considerably. In the face of popular opposition and the electoral successes of Eurosceptic parties, national leaders have become increasingly creative in their attempts to avoid new transfers of competences to Brussels, for example by inventing the open method of coordination. The political side of Economic and Monetary Union therefore never came to pass, and the failure to ratify the European Constitutional Treaty stopped federal ambitions in their tracks.

But the Europe of Jean Monnet – that of functional integration and pooled sovereignty in specific policy areas – has not died. The crisis of the Eurozone shed light on this paradoxical EU, which can be seen as both functional and post-functional. While hostility among European leaders and peoples has rarely been as acute, the common institutions of the EU (the Commission and European Parliament in particular) have been sidelined by the intergovernmental turn during the crisis and a new kind of politics focused on European Council summits.

At the same time, a brand of implacable functional logic during the crisis has led to a new form of centralisation: fiscal discipline, budget coordination, intrusion in the realm of social policy, banking union. We can also foresee that the current refugee crisis will lead, sooner or later, to an EU migration policy which is more integrated than ever before.

In the face of this functional/post-functional paradox, national leaders have adopted a highly ambivalent discourse in order to legitimise the latest steps of integration. A close look at the narratives of French and German leaders between 2010 and 2013 reveals one of the primary preoccupations has been to avoid using the ‘f-word’: federalism. In fact, two distinctive visions co-exist in the French and German discourse. The coming of age of a political union through constitutional federalism is pictured as inevitable, yet it is nevertheless a distant mirage, out of reach of today’s decision makers.

At the same time, the deepening of functional federalism in order to cope with economic interdependence is a ubiquitous imperative that justifies further integration. Our lexicographic analysis of about 45 speeches by Angela Merkel, Nicolas Sarkozy and François Hollande at press conferences prior to or after meetings of the European Council reveals that there is no significant difference between the German and the French discourses.

Rather than austerity, it is the urgent need to enhance the EU’s competitiveness that is the central driving force behind the deepening of integration. From an institutional point of view, the period when Germany promoted supranational federalism while the French focused on sovereignty is now over: positions have become more subtle and, one could say, closer. In the Merkel era, Germany seems to have converged towards a more intergovernmental vision of the EU, with national states as the main actors driving the integration of macroeconomic and fiscal policy.

The persistent gap between the constitutional and the functional vision of European federalism has crucial implications. Today, the fairly stark decoupling between functionalism and constitutionalism unveils new emerging hierarchies within the EU federal polity. EU federalism has become more coercive, with tighter socioeconomic governance and hardship imposed upon indebted countries. Our analysis supports the claims made by other scholars, such as Jürgen Habermas and Ben Crum, that the responses to the crisis have brought the EU toward an executive, post-democratic form of federalism.

Dominant discourses in the crisis have shaped a model of integration where the competences transferred to the EU level, in the name of the functional imperative, remain under the tight control of national governments, while the role of EU institutions is limited to that of technocratic watch dog. Under the conditions of politicisation which we have witnessed develop, and the rise of far-right and far-left anti-system parties, it is doubtful that executive federalism can emerge as a viable model of integration for the EU.

As far as political legitimacy is concerned, it is now clear that it is problematic to have less and more Europe at the same time. It is equally clear that, in order to solve the equation, Angela Merkel’s German-centred economic, political and moral leadership will not be sufficient. 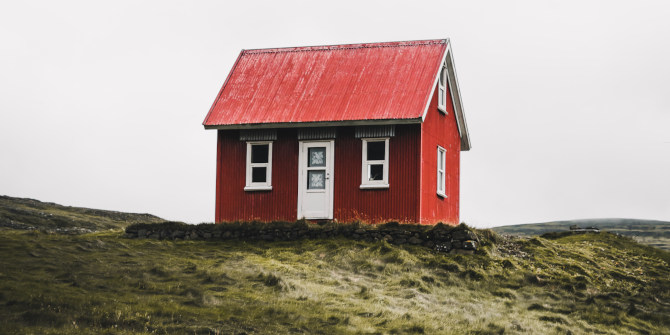