A recent petition by Turkish academics criticising military operations in Kurdish-dominated areas of the country has generated substantial criticism from President Recep Tayyip Erdoğan and other Turkish political figures. Sezin Öney argues that the affair, which has raised questions about the nature of academic freedom in Turkey, represents an attempt by Erdoğan to bolster his support among nationalist voters as part of his ongoing attempts to move the country toward a presidential political system.

Petitions promoted by academics, civil society activists, and journalists are now common place in Turkey. Such pleas concerning human rights abuses or political issues are frequent, in part because they serve as one of the rare methods the intelligentsia has at their disposal to express discontent in a peaceful and safe way.

The Turkish government has passed a series of draconian laws over recent years, making the act of protesting much more dangerous in the country, with demonstrators being faced with the threat of long prison sentences or the disproportionate use of force by security officers. Even before these new laws were implemented, there were 11 deaths, 8,000 injuries, and 3,000 detentions during the Gezi Protests in 2013 alone.

As such, petitions provide something of a safe haven from the dangers of protesting in Turkey. But a recent petition calling for peace with regards to the Kurdish issue has altered this situation, with signatories finding themselves fiercely attacked by the most powerful political actor in the country – President Recep Tayyip Erdoğan.

This latest saga began on 10 January, when a petition launched by the platform “Academics for Peace” was published, with 1,128 signatories from 89 universities in Turkey and abroad. The petition had a website in Turkish, English and Kurdish; but since the controversy erupted, the contents of the website vanished – ironically leaving behind a ‘peace dove’ icon in place of the site’s address.

Among the signatories were some of Turkey’s top academics, working at prestigious local and international institutions. Some of them were supportive of the Justice and Development Party (AKP) in the past, as well as of Erdoğan. The ‘accused’ 1,128 scholars are from Turkey, but there are over 300 international signatories, including Noam Chomsky, Judith Butler, Étienne Balibar, David Harvey and Slavoj Žižek.

The petition, titled ‘We will not take part in this crime’, criticised a mounting number of civilian casualties during the military operations in some of the Kurdish-dominated cities of Turkey against the youth affiliates of the insurgent armed group PKK. The operations inside the urban centres like Diyarbakır (Turkey’s 12th biggest city and one of the Southeastern region’s main city hubs) have been ongoing since last summer, and the Turkish Armed Forces joined in with heavy weaponry – including tanks – in November.

According to data from Turkey’s Human Rights Association, 170 civilians (including women, children and the elderly) have been killed in urban clashes between 16 August 2015 and 10 January 2016. Meanwhile, the lawyers’ initiative Humanist Bureau verified that at least 58 children were killed during the same period. Human Rights Watch launched a report which compiled witness testimonies concerning civilian victims.

The day after the petition was publicised, there were heated reactions circulating on social media questioning why the ‘Academics for Peace’ did not mention the terror of the PKK. This is a common nationalist retort across all of the Turkish media, and acts as a reaction against anyone questioning the military operations’ rationale or pointing out the heavy human cost, including civilians trapped in urban war zones.

Two days later, President Erdoğan launched a vicious attack on the petition during his address at the 8th Annual Convention of Ambassadors of Turkey. He called the signatories ‘so-called intellectuals’, ‘fifth columns of foreign powers undermining Turkey’, ‘traitors’, and ‘dark forces’. This latter accusation was a double entendre, playing with the Turkish word for ‘intellectual’, ‘aydın’, which also means ‘enlightened’ (but is not an allusion to Star Wars).

Erdoğan’s addressees were not just the diplomatic circles of Turkey: the speech was broadcast live on TV and so were his forthcoming speeches criticising the signatories. Erdoğan’s successive talks were keenly repeated by leading names of the ruling AKP; the government spokesman Bekir Bozdağ stated that the ‘enlightened (aydın) who signed the petition are dark indeed’ and even alleged that the petition was written by the PKK. Prime Minister Ahmet Davutoğlu, himself an academic by background, supported Erdoğan’s approach reiterating that ‘this petition is nonsense… those who do not approve of the terror organisations’ acts would not have signed this petition… it cannot be evaluated within the framework of freedom of expression’.

Such comments not only came from the government’s circles. The convicted criminal Sedat Peker, an outspoken admirer of Erdoğan’s, promised that he ‘will take a bloodbath with the blood of these so-called academics’ in a written statement posted on his website. Pro-government columnist Cem Küçük called for a ‘civilized death’ for the signatories; noting that ‘they should be fired from the institutions where they are employed and their public existence become de facto nullified’. Another pro-government journalist, Elif Çakır, declared that these academics must be sentenced to life terms. The pro-government daily Yeni Akit published all the names of the signatories and labeled them ‘traitors’ and ‘lovers of Armenians’.

Institutional steps followed: the Istanbul Chief Prosecutor launched an investigation against all of the signatories, establishing accusations of ‘terrorism propaganda’, ‘inciting people to hatred, violence and breaking the law’ and ‘insulting Turkish institutions and the Turkish Republic’. If convicted, the academics may be given sentences of up to five years in prison.

Simultaneously, the Higher Education Board initiated an administrative investigation, stating that ‘whatever necessary shall be done within the framework of law’. About half of the universities to which the signatories are affiliated took some form of action – such as launching an administrative investigation, firing the academics or pressurising them to resign. In Bolu and Erzurum there were even cases of detentions.

What explains this chain of events? Erdoğan’s insistence on a full political transformation to a presidential system may be a prime reason. Rallying the populist zeitgeist has been a hallmark of Erdoğan’s political style, and attacking the alleged ‘fifth-column’ has paid off in terms of electoral support. Accusing intellectuals, ‘the elite’ as he frames them, boosts his image as a ‘people’s man’, who is advocating ‘the people’s cause’ against a corrupt elite. Over the years, his populist political style has created an intensely polarised society and the AKP can no longer garner support beyond its established base of 49-50 per cent. However to change the country’s political system, it is necessary to have either a majority in a referendum or a constitutional majority in the parliament.

The AKP may try to head to the polls for the third time in less than a year to achieve the constitutional majority in the parliament, or it may try to secure a referendum majority. Either option, however, would require bolstering the AKP’s support base, as well as winning votes from the ‘other 50 per cent’ that remain on the other side of Turkey’s polarised society. In this context, nationalist voters seem to be softest target for Erdoğan’s image of a ‘strong man presidency’. The pretext of a ‘national war on terror’, supported by traitorous academics, may well help him to consolidate this extended voter base.

Nevertheless, on 18 January, yet another petition was published, with 611 academics from various universities in Turkey, who had not signed the original petition, expressing concern over the pressure exerted on their colleagues.

Sezin Öney – Bilkent University
Sezin Öney is based at the Political Science Department of Bilkent University in Ankara, and is also a columnist for Taraf daily, Turkey. Her research interests include populism and national studies, comparative politics, linguistic rights and discourse analysis. 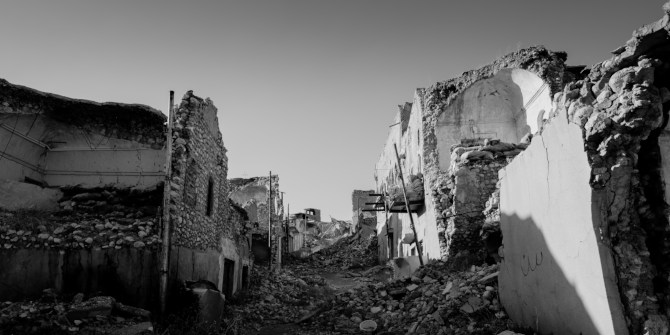 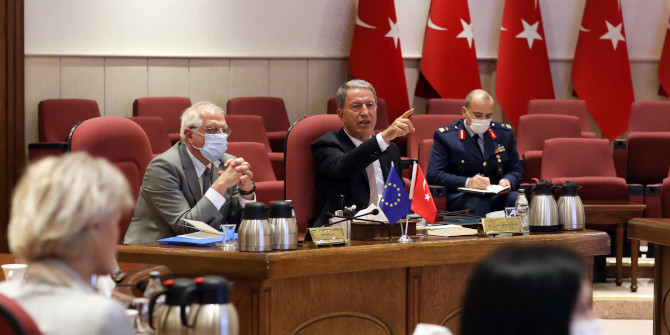 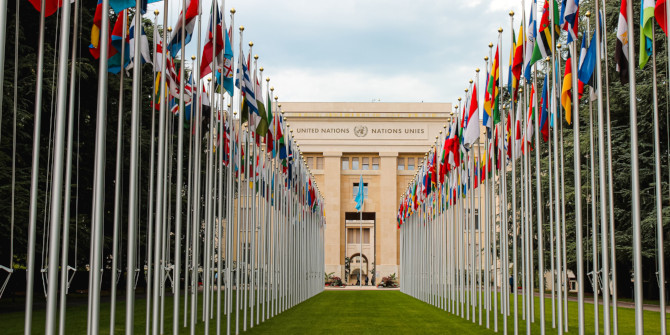