The leak of several million confidential documents created by the corporate service provider Mossack Fonseca – the so called ‘Panama Papers’ – has particular implications for Iceland, with the country’s Prime Minister, Finance Minister and Minister of the Interior all linked to the affair. Benjamin Leruth writes that the government is now under severe pressure to call early elections which could well bring the Icelandic Pirate Party to power.

The release of the Panama Papers will have a huge impact all around the world, but this impact is likely to be particularly profound in Iceland. According to leaked documents from Mossack Fonseca, several Icelandic politicians, former bankers and government advisors have had links to anonymous offshore companies. Three members of the Icelandic government are directly involved: the Prime Minister, Sigmundur Davíð Gunnlaugsson (of the Progressive Party); Finance Minister Bjarni Benediktsson (of the Independence Party), and Minister of the Interior Ólöf Nordal (also of the Progressive Party).

Even though the Prime Minister does not intend to resign, this new political scandal might trigger a new political revolution in Iceland, only eight years after the country was hit by the Great Recession. Since then, the Icelandic political landscape has changed drastically. The so-called ‘pots and pans revolution’, often considered as the most serious series of protest in the country’s history, led to the resignation of then Prime Minister Geir Haarde (Independence Party) and early elections took place on 25 April 2009. Following this election, which saw the formation of the first left-wing government in Iceland’s history, a new political party, the Citizens’ Movement, arose from the public protests and four of its members were elected in parliament.

As a response to the crisis, this new government applied to join the European Union, several financiers were jailed, and a Constitutional Assembly was formed in 2011 in order to draft a new Constitution. Yet, the left-wing government faced a series of major challenges. Firstly, it was defeated in referendums over the Icesave dispute. Secondly, unemployment remained high for Iceland’s standards. Thirdly, the application for EU membership divided the population. Finally, there were internal disputes between coalition partners. The parliamentary elections held in 2013 were contested by a total of 15 political parties, which is unusually high for the country. Two new parties were successful in securing seats.

The first one was Bright Future (which won 5 seats), founded by former social democratic and progressive members and Heiða Kristin Helgadóttir, former vice-chair of the surrealist Best Party which had won the Reykjavik mayoral elections in 2010. The second one was the Pirate Party (3 seats), founded a year earlier by five activists. Among them was Birgitta Jónsdóttir, who was elected as member of the parliament for the Citizen’s Movement in 2009. The left-wing government was unsurprisingly defeated, and the two traditional right-wing parties, the Independence Party and the Progressive Party, came back into power under the leadership of Gunnlaugsson.

With the involvement of three ministers in the Panama Papers on top of the existing public discontent, it would be hard for the government to stay in power until the next parliamentary elections, which are scheduled to take place by the end of April 2017. A major public protest was immediately scheduled for 4 April in front of the parliament, and the reaction could be quite similar to the ‘pots and pans revolution’ of 2008-09. Different scenarios are possible, but early elections are extremely likely to take place. These could lead to the formation of a left-wing coalition government led by the Pirate Party, which has topped opinion polls since early 2015. The most recent poll suggests the Pirate Party would get 36.1 per cent of the votes if an election were called, which represents more than the coalition’s Progressive and Independence parties combined.

While the success of the Pirate Party could appear surprising to many, it is mostly due to a popular reaction against the existing establishment. Much like other new political parties across Europe, the party offers an alternative to the public. While the Pirate movement was initially perceived as a single-issue party defending net neutrality and digital rights, the Icelandic Pirate Party has been successful in establishing itself as a viable protest party campaigning on the grounds of direct democracy, transparency and freedom of expression. The party also pledged to reactivate the constitutional debate in Iceland, which has proven to be extremely popular among voters.

While the electoral success of European Pirate parties has been limited to Iceland and, to a lesser extent, Germany and Sweden, the likely success of the Pirate Party in Iceland could inspire other Pirate parties across Europe. Should the Pirates win the next parliamentary elections, their main challenge will be to become a viable ruling party with other political partners. 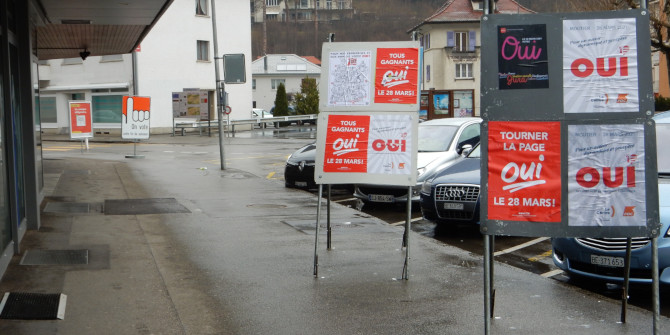