In the media, lobbying is often portrayed as a stark confrontation between business lobbyists and civil society groups, with the rich triumphing over the poor. Research carried out by Iskander de Bruycker points to a more nuanced picture. He writes that Brussels lobbying can sometimes be akin to the Biblical battle between David and Goliath, with not the richest or strongest lobby groups prevailing, but rather those who develop the most appropriate strategy in a given context.

One of the key questions that is often raised in relation to the EU policy process is the role of lobbying groups in influencing decisions. For instance, are business interests (and one only needs to think about companies like Volkswagen or the tobacco industry) pulling the strings in Brussels? If so should we be concerned about the potential impact of this type of lobbying on decisions and how can we conceptualise the involvement of such groups in decision-making overall?

Media organisations regularly report on scandals associated with EU lobbying. A recent example is the massive lobbying efforts of Volkswagen to ensure EU regulation takes on a ‘lighter touch’ in areas that affect its business. Those who help shape public opinion, such as journalists and other media representatives, often tend to caricature this process of EU lobbying. They paint a picture of lobbying as being something akin to a ‘disease’ for democracy: something which is clearly detrimental to the public interest.

This negative depiction, however, is not an accurate portrayal of what lobbying and interest group politics in Brussels entails in reality. In fact, most lobbying processes focus on the transmission of highly technical and scientific expertise, which is fed into the decision-making process and helps to shape the eventual nature of EU legislation. And it should also be stated that lobby groups are often on the same page as public opinion, with efforts by lobbying organisations actually acting to make EU laws and decisions more representative of the views of citizens.

In this sense the media portrayal of lobbying as a uniquely negative phenomenon may not be entirely fair. A better understanding of how lobbying works in practice – who lobbying groups actually are, which types of groups are the most successful in getting their voices heard in the EU policy process, and what they ask for when they engage with political decision-makers – is therefore vital in assessing the issue. And this was the aim behind research that I have recently conducted on the topic.

Business lobbies are not more influential than civil society groups

Within the framework of the INTEREURO project we interviewed 143 representatives of interest organisations in Brussels and asked them how influential they perceived themselves on a set of 125 legislative processes. On the same cases, we also consulted over 90 experts within the European Commission. By doing so we were able to generate a broad picture of how lobbying functions in the EU and what the views of lobbying groups are on the wider process in which they are engaged.

Our evidence provided us with a number of key conclusions on how lobbying functions in practice. One of the major conclusions is that business lobbies and civil society groups, though often thought of as very distinct types of actors when it comes to their lobbying activities, are not so different after all. For instance, we found quite strikingly that an organisation like Greenpeace uses more or less similar lobbying strategies as those employed by groups representing the car industry. Despite having diametrically opposed objectives, they are playing a similar game in how they approach efforts to influence decision-making.

And in general, business lobbies were not found to be any more influential in their attempts to gain concessions from political decision-makers than civil society groups were. On the contrary, our results indicated that, contrary to what might be expected, non-business interests, such as civil society groups and NGOs, are in many instances more influential compared to business interests when it comes to influencing the outcomes of decisions.

Using the appropriate tactical weapon in the right context

Ultimately what is key for lobbying groups that want to exert influence over the policy process is that they employ effective lobbying strategies. But what do we mean exactly by a ‘lobbying strategy’ and how can this determine the success and failure of efforts to influence decision-makers?

In practice, a lobbying strategy can involve meetings with journalists, conversations with policymakers behind the scenes or building a coalition with other organisations. And if lobbyists develop a strategy geared toward the specific context of a policy issue, they can significantly increase their lobbying success. Our research demonstrates that the right strategy is key to determining this success.

Indeed the financial resources of an organisation are actually less important than we might think. Lobbying in Brussels is much like the biblical battle between David and Goliath. David defeated Goliath, not because he was more resourceful, or because he was stronger. He used the appropriate tactical weapon, the slingshot, in the right context. And much like David, lobbying groups that employ the correct strategy can come out on top in the battle for influence against other groups who might appear much stronger and more influential at first glance due to the size of their resources.

One final factor that is also important is popularity. Our research demonstrates that those who represent a popular position tend to fare substantially better when engaging with media actors to put forward their viewpoints. Of course, groups with an unpopular position are still able to improve their influence, but they are generally better off working behind the scenes and avoiding this level of public exposure. 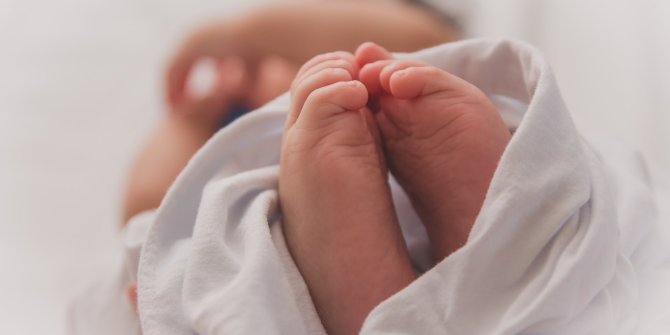