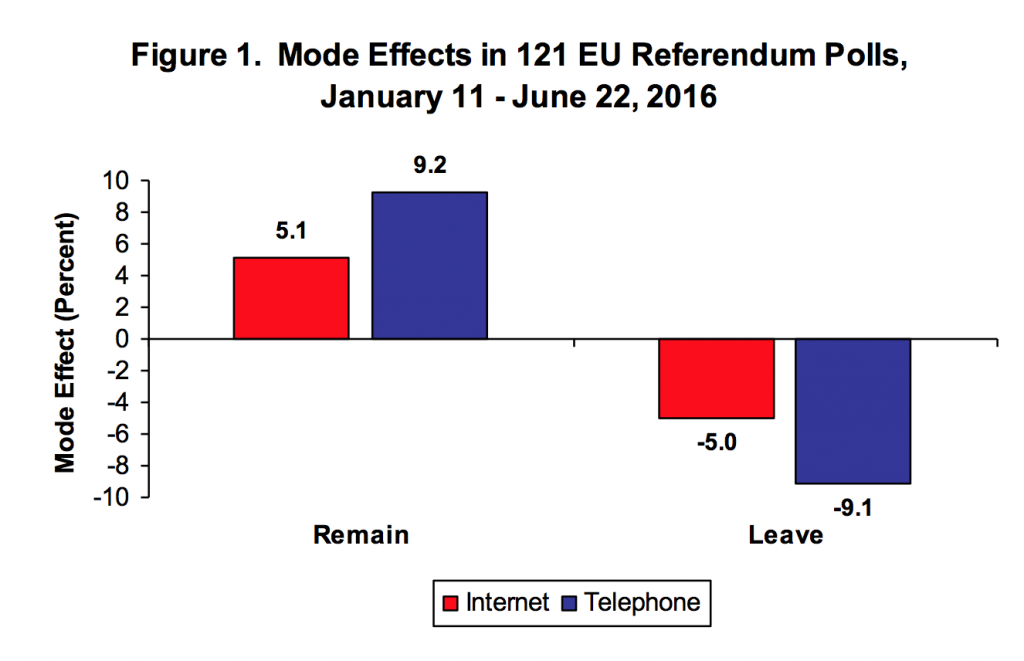 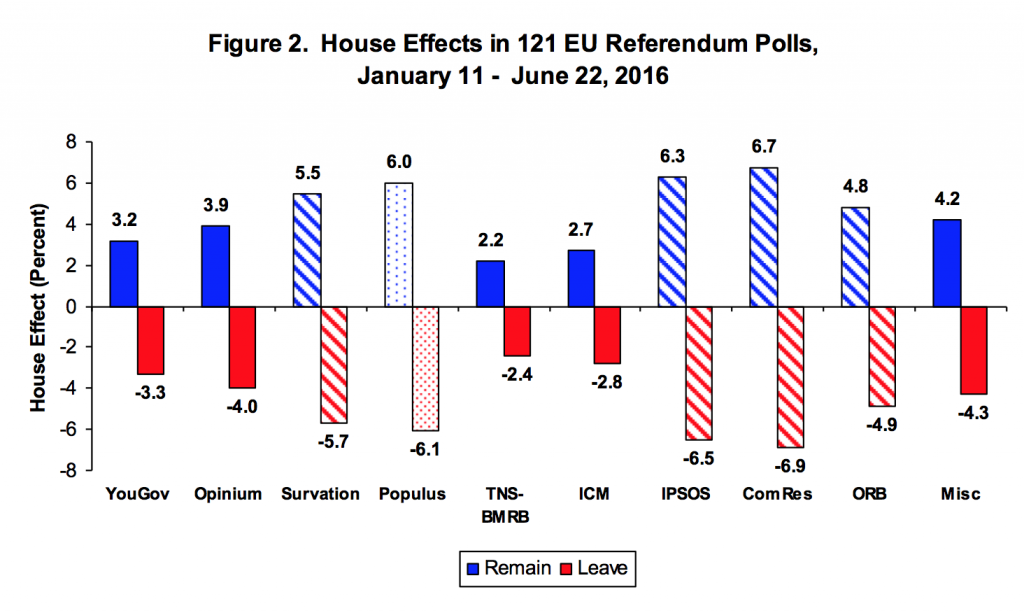 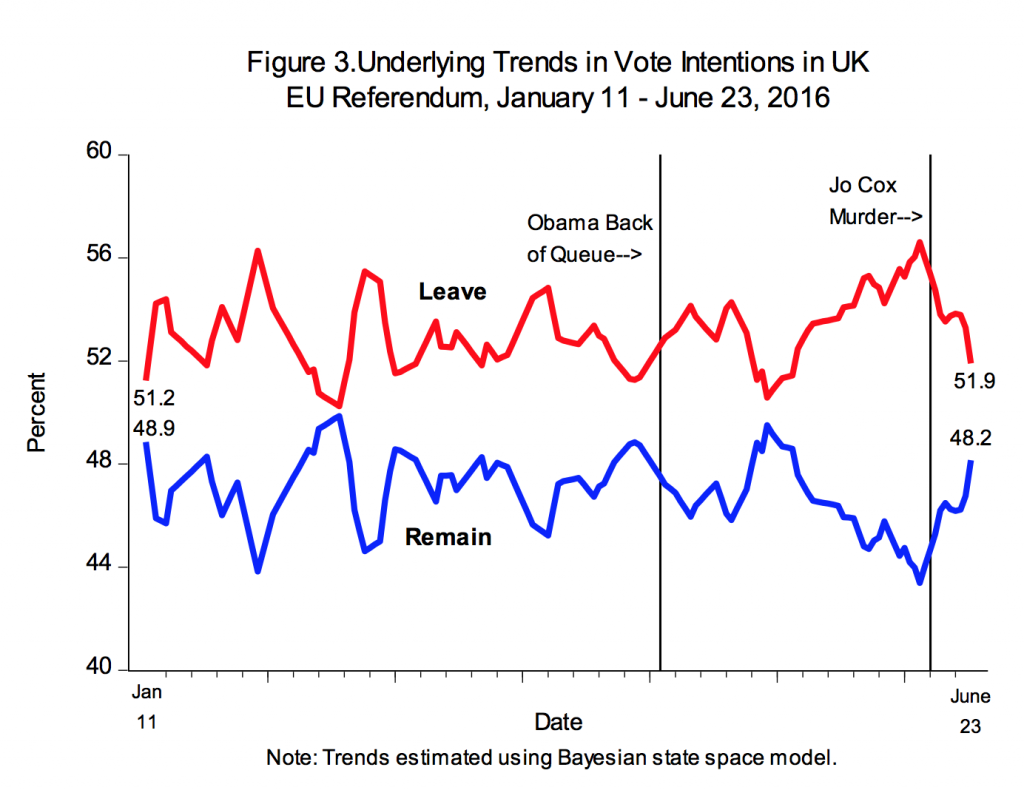 [ii] See Simon Jackman, ‘Pooling the Polls Over an Election Campaign‘. Australian Journal of Political Science 40: 499-517. The analysis employs Bayesian MCMC methods. Posterior distributions for model parameters are generated using Winbugs 14 in conjunction with the R2Winbugs R package.
The pooling the polls model has two equations—a measurement equation and a state equation for the latent level of Remain/Leave support. The measurement equation is:
yit = δi + αt + εit
where: yit = is a poll by survey house i at time t; δi = house or mode effect parameter; αt = latent vote intention (Remain or Leave) at time t and εit is a stochastic error ~N(0,σ12).
The state (latent transition) equation is a random walk: αt = 1.0* αt-1 + ζt where
ζt ~ N(0, σ22). εit and ζt are assumed to be independent.