David Cameron has indicated that he will resign as British Prime Minister on 13 July, with Theresa May due to take over following her victory in the Conservative Party leadership contest. Gavin Barrett writes that the new Prime Minister will be faced with an exceptional challenge in handling the fallout from the EU referendum. He suggests that any attempt to rerun the vote would be problematic, but that it is highly unlikely she will be able to secure a deal that restricts EU free movement of persons while retaining access to the single market.

Theresa May will now become Britain’s next Prime Minister, following the decision of Andrea Leadsom to pull out of the Conservative leadership contest. But when she enters office, she will face a pressing question: how should an elected government react when its own electorate votes in a referendum to walk off a political and economic cliff – as, arguably, occurred in the referendum on 23 June.

The intervening days have seen sterling plummet to a 31-year low – experiencing the biggest two-day drop since the post-World War II Bretton Woods arrangements disintegrated in 1971. Share values worldwide plummeted a stunning $3 trillion on the Friday and Monday after the vote: that Friday’s $2.1 trillion losses were the heaviest ever suffered in a single market day, wiping colossal sums off savings, income and pensions.

The UK has seen its credit rating downgraded. Recession threatens (notwithstanding the efforts of the Bank of England’s Mark Carney) and the British property market is in trouble. Inflation also lurks and instead of the ‘Brexit bonus’ promised by Brexiteers, an austerity budget has been promised. Until the lengthy negotiation period finishes, an investment-freezing fog of uncertainty will grip the UK.

Nor are the Brexit negotiations themselves guaranteed to end well. They threaten to be long and difficult. The UK cannot possibly emerge from them in a situation equivalent to or better than membership. At best, it will end up like Norway, with access to the single market retained, but Britain’s influence destroyed: a shocking, if economically survivable outcome for a state previously one of the EU’s three most influential regarding single market laws.

At worst the UK will end up locked out of the single market (and given the probable need for an agreement on the UK’s future relationship with the UK to be ratified and approved by parliaments in all 27 other states, it remains to be seen whether this fate can be avoided). In a worst-case scenario, the City of London’s future as Europe’s financial centre would come under sustained assault from cities like Frankfurt and Paris.

Faced with all of this, what should Britain’s new political leadership do? Like any government in such a position, the UK government has two logical choices. One is to do what Denmark, Ireland (twice), France and Holland have all done, and that is to seek to reverse a potentially catastrophic referendum result. The other is to make the best of a bad lot, and seek to maximise UK access to the single market, with its 500 million consumers.

To be democratically acceptable, reversing the referendum would require either the election of a government on a ‘Bremain’ platform, or a further referendum. Post-referendum elections in France and Holland played a key role in allowing their respective governments to ratify the Lisbon Treaty after their electorates rejected the Constitutional Treaty in plebiscites in 2004 and 2005. An early UK general election, however, seems unlikely (and Theresa May, like other Conservative leadership candidates, was asked by anxious Tory MPs to ensure this remains the case).

Even if a general election occurs, Labour is in disarray and the Conservatives split over Brexit. The election of a pro-Bremain regime before Article 50 exit negotiations end is improbable. A pro-Bremain government before Britain’s permanent new relationship with Europe is negotiated (a process expected to take ten years) on the other hand, seems quite likely. But by then it may be too late, since the exit date may have passed.

The option of holdng a second referendum also raises challenges. Notwithstanding the wishes of four million online signatories seeking a second poll, one cannot simply re-hold a referendum in the absence of any clear justification for doing so. A new bespoke deal – which is what Ireland got in 2009 (with reassurances on, for instance, corporate taxation and the promise to retain a commissioner from each state) and Denmark in 1993 has previously provided justification for EU member states to hold second referendums. However, the UK obtained a special deal last February, before its referendum and still voted for Brexit. That bolt has thus probably been shot.

The only possible prospect of a second referendum seems therefore to be a poll on the ultimate deal obtained by the UK in Brexit negotiations (an option suggested by Health Secretary Jeremy Hunt). That deal is guaranteed to be worse than what the UK has now. It would confront the UK electorate with what it really voted for on 23 June, rather than what can now be seen to have been the ‘pie in the sky’ promises made to voters by Brexit campaigners.

But even this option would require both the other member states (and, possibly, the Court of Justice too) to take the view that the Article 50 process can be stopped once it commences. Notwithstanding this (and a recent British government description of June’s referendum as a “once in a generation vote”), this possibility should be explored, as it may well offer the only prospect of protecting the interests of the British people at their current level.

Whether or not it avails of such a choice, the UK government must now negotiate the Brexit terms and its future relationship with the EU – which, absent future votes, will become permanent arrangements.  The top British priority in such negotiations has to be the retention of access to the single market, thereby safeguarding the UK industrial base and its services industry (particularly London’s crucial financial services industry).

Going by the precedents of Norway and Switzerland; the explicit statements of France’s President Hollande, Germany’s Chancellor Merkel and several eastern EU member state governments; and the need to show domestic mainland electorates that exit doesn’t pay, the UK will have to sacrifice its desire for the imposition of migration restrictions in order to obtain full market access.

Worryingly, Theresa May remains committed to immigration restrictions. Such a position, unless retreated from, will probably see Britain pay with reduced single market access. It is a stance which could prove economically damaging to the UK – but it would be far from the first time that the UK’s strategic needs at European level have been sacrificed in the Brexit debate for domestic political reasons. 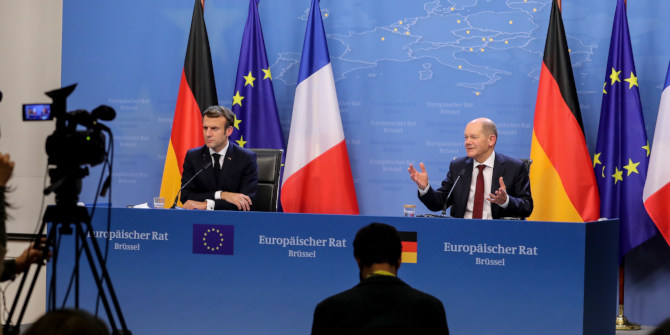 Sarko vs Juppé: Will the French right select a candidate who can stop Le Pen?