The appointment of former President of the European Commission José Manuel Barroso as an adviser at Goldman Sachs has generated criticism in recent weeks, with some observers arguing that it represents a clear conflict of interest. Luís de Sousa writes that Barroso’s appointment highlights the need for more effective conflict of interest standards and clearance procedures for Commissioners, and that failure to establish these standards could undermine public confidence in the EU’s institutions.

Business interests are key to European integration. Without them, there would have been no Single European Act, Schengen treaty or Eurozone. The Founding Father of the European project, Jean Monnet, was himself a member of the early 20th century class of industrial business elites and following his resignation as Vice Secretary General of the League of Nations, he worked as an international financial consultant in Washington.

This being said, the experience, knowledge and networks Monnet acquired in the private sector were instrumental to his role as a European leader and not the other way around. There was a clear dividing line between the community interest and any legitimate business interest. But today, this distinction has become blurred and high profile cases such as the appointment of former Commission President José Manuel Barroso as an adviser at Goldman Sachs have generated public concern.

Barroso and conflicts of interest

There is a growing fear that EU decision-making and regulatory processes may become captured by large corporate interests through revolving door mechanisms. A major source of concern stems from individuals who make a short passage through an international financial consulting firm or investment bank prior to taking office as a Commissioner or another relevant position in the EU institutions. Similarly, the hiring of formerly leading EU officials as non-executive advisers by private firms is capable of causing considerable reputational damage to the European project.

These cases are public and widely discussed in the media, yet no action has yet been taken whether the issue is senior advisers of the Commission’s Legal Service associated to major law firms; current Commissioners linked to banks and lobbying firms; or former Commissioners taking jobs in companies that have benefited from EU regulatory interventions.

In the first EU Anti-Corruption Report, the European Commission warned that although the ‘mobility of labour between the public and private sectors is essential for the functioning of a modern society and can bring major benefits to both the public and the private sector, such practice needs to be regulated and supervised, because it implies a potential risk that former public officials disclose information from their previous functions that should not be disclosed and that former private sector staff take up public functions that result in conflicts of interest with regard to their former employer’. Of course, this is easier said than done and simply articulating ethical standards to Member States is not the same as governing the EU’s institutions.

The regulation and supervision of real, potential and apparent conflicts of interest in the EU’s institutional triangle is precarious. Article 245 of TFEU states that members of the Commission, during and after their terms in office, ‘will respect the obligations arising therefrom and in particular their duty to behave with integrity and discretion as regards the acceptance, after they have ceased to hold office, of certain appointments or benefits”. Barroso’s appointment as adviser and non-executive chairman of Goldman Sachs International, is a clear demonstration that this treaty provision is an empty shell. It illustrates that the current conflict of interest clearance guidelines and procedures set under the Code of Conduct for Commissioners are insufficient to protect the EU’s financial interests and reputation, and are being applied in an arbitrary and opaque manner.

While Peter Sutherland saw the prospect of becoming President of the European Commission rejected by President Chirac, who was vehemently opposed to the idea of having a former Chairman of Goldman Sachs International (GSI) leading the EU’s executive body; Barroso’s dual appointment as non-executive chairman of GSI and adviser to Goldman Sachs, following the eighteen-month cooling-off period, was accepted without restrictions. In short, the reasons for blocking Sutherland’s pretentions ex-ante do not seem applicable to Barroso ex-post.

The EU Office of Transparency International has previously exposed the loopholes and inconsistencies of the Code of Conduct for Commissioners in its report on the EU Integrity System.

They highlighted first, that the duty to inform the European Commission about future post-employment occupations is not strictly enforced. Second, that the ad-hoc ethical committee which has been set up ‘to assess whether the planned occupation is compatible with Commissioners’ obligations’ and to ‘assist the Commission President in the interpretation of the code of conduct’, is organised and operated in a ‘shadowy’ manner. Third, that there is no clear definition of a conflict of interest for a Commissioner and that ‘the broad scope of the Treaty provision to act with ‘integrity and discretion’ both in and after service, leaves a large margin for interpretation for the Committee and Commission President to assess whether an individual has failed in this obligation’. Finally, they noted that any deliberations taken by the ad-hoc committee on this matter are confidential.

But Barroso’s new appointments are not just an aberration in terms of conflict of interest management; it is much more than that. It is also part of a coherent strategy put in place by investment banks like Goldman Sachs to foster a set of shared goals among policy-makers on regulation and macro-economic management, not only by influencing the decision-making and agenda setting processes, but also by shaping the preferences of EU leaders.

This can have a more lasting institutional effect than simply lobbying over individual decisions. It is a strategy that the journalist Stephen Foley, for instance, describes as aiming ‘to create such a deep exchange of people and ideas and money that it is impossible to tell the difference between the public interest and the Goldman Sachs interest’. This is not just politics as usual, but the decay of politics in the face of big business interests, and what is good for an investment bank is not necessarily good for the European taxpayer.

It is therefore crucial to set clear conflict of interest standards and clearance procedures for Commissioners. The European Commission has far-reaching regulatory powers: it can request information from companies to assess the market situation; it can investigate alleged competition breaches; and it can impose sanctions on market agents, including banking and financial operators. In short, Commission decisions in this field affect the structure and operation of the common market as well as the Eurozone.

Its monopoly on legislative initiative is particularly worrying regarding the Commission’s policy responses to the Eurozone crisis. The EU institutions, and the Commission in particular, cannot afford further reputational damage. A more coherent and consistent approach to conflict of interest management is urgently needed to ensure that the institutions remain free of corruption and continue to function in the interests of the public. 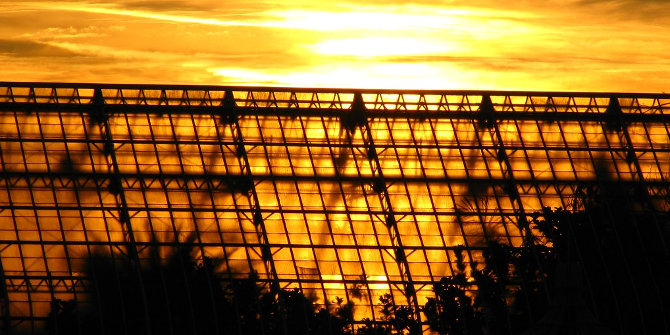