Both sides of the UK’s EU referendum campaign were criticised for presenting misleading information to the public. Alan Renwick, Matthew Flinders and Will Jennings write that the referendum highlighted the inability of the British political system to enforce standards of factual accuracy in how politicians campaign. They argue that while legal or regulatory changes could alter this picture to some extent, the real issue is a cultural one.

Will the EU referendum be remembered as a golden moment in British democratic history? Was it really an example of how to ‘do’ democracy in the Twenty-First Century? Or was it an example of fairy tales and falsehoods that tended to create more heat than light and a dysfunctional system that was unable to enforce truthfulness?

In its report published at the end of May 2016, the House of Commons Treasury Select Committee complained that ‘The public debate is being poorly served by inconsistent, unqualified and, in some cases, misleading claims and counter-claims.’ It added, ‘Members of both the ‘Leave’ and ‘Remain’ camps are making such claims.’ But the standard of public debate did not improve, and the former Prime Minister, Sir John Major, felt forced to state publicly that he was ‘angry about the way the British people are being misled’. Such claims resonate with a public letter signed by over 250 leading academics that suggested that the level of misinformation in the Referendum campaign was so great that the democratic legitimacy of the final vote might be questioned.

Now that the Referendum has happened and the storm has somewhat abated the question that demands urgent attention is how any future referendum might be conducted on the basis of a more rigorous – dare we suggest even fact-based – public discussion?

If the problem that the EU referendum exposed was the inability of the British political system to enforce even the most basic requirements in relation to publicly-funded information campaigns, there are at least four reforms that could be considered to prevent such situations arising in future. The first is a legal response in the form of new legislation that would state that, just as some lying in election campaigns is against the law, so too should lying in referendum campaigns be against the law. Campaigners who violate such provisions could then be subject to criminal sanctions. The risk is that this may create significant unintended consequences in the form of far-reaching concerns about freedom of speech and the transfer of powers from elected politicians to unelected judges.

Tighter press regulation would be a second option. The Independent Press Standards Organisation has upheld at least four complaints relating to inaccuracy that related to the Referendum. But its rulings typically take two or three months and there is a case for insisting that not only are rulings delivered more quickly but, where those complaints are upheld, retractions or corrections should have a prominence commensurate to that of the original article.

If statutory measures are deemed too draconian and press regulation too harsh then the official campaign organisations could be obliged to recognize their civic responsibilities, in the sense of promoting engaged and informed citizenship, in return for their civic rights, that come in the form of public funds, free mailings, broadcasts, etc. The mechanism in this case might be an enforceable code of conduct, which the Treasury Committee’s report (at paragraph 235) seemed to favour. Once again, the devil would be in the detail: who or what would be the arbiter of when the facts strayed from tenuous but legitimate into the terrain of deceit and political lying? Would they be able to act quickly enough to work effectively? How would penalties be decided and enforced?

A final option would be to alter the statutory role of the Electoral Commission to include a duty to enhance public understanding of the issues at stake in the referendum. The extensive materials the New Zealand Electoral Commission produced for that country’s 2011 Referendum on the voting system, for example, included detailed explanations of each option, statements of the criteria against which the options might be evaluated, and analyses of how the options perform against these criteria. In what was (it should be acknowledged) a much less intense or politicised campaign than the current one, journalists frequently relied heavily on the Commission’s guide as a basis for their reporting.

There is also a rather awkward question concerning the meaning and delivery of public service broadcasting in the UK, notably in relation to the BBC. If major broadcasters have a public service obligation, if they are maintaining high quality ‘fact-checkers’ and ‘myth busters’, then why are they required to maintain a degree of impartiality and balance between both sides of the debate when the expert analysis, on certain specifics, overwhelmingly favours one side of the argument over the other? Impartiality in this context risks simply facilitating the promotion of falsehoods, fig leaves, fantasy and fairy tales as fact.

The twist, sting or barb in the tale is, however, that institutional change is unlikely to prevent future storms without a complementary shift in the cultural foundations of British politics. This is a critical point that the EU Referendum brutally exposed. The operating culture of British politics appears increasingly infused with a form of attack politics in which negative campaigning, personal slurs and populist declarations are dominant. The paradox is that this form of politics risks achieving little more than fuelling anti-political sentiment and the emergence of ever-greater numbers of ‘disaffected democrats’.

In this context, there is a danger that any policing of the standards of claim and counter-claim in future referendums could simply be used to fuel a populist fire: that injunctions against certain claims could be turned around and presented as further evidence of the perfidy of ‘the establishment’. Fighting falsehoods therefore requires fundamental change in how we think about and structure our democracy. That is a challenge that we should all seek to address now the referendum is over. Failure to do so may do more than render future referendums unhealthy. If the degree of mendacity witnessed in this campaign were to become commonplace in our electoral politics as well, one of the crucial foundations of our democratic system would be badly damaged.

Note: This article originally appeared as part of the Referendum Analysis project. It gives the views of the authors, and not the position of EUROPP – European Politics and Policy, nor of the London School of Economics. Featured image credit: Humberto Rodriguez (CC-BY-SA-2.0) 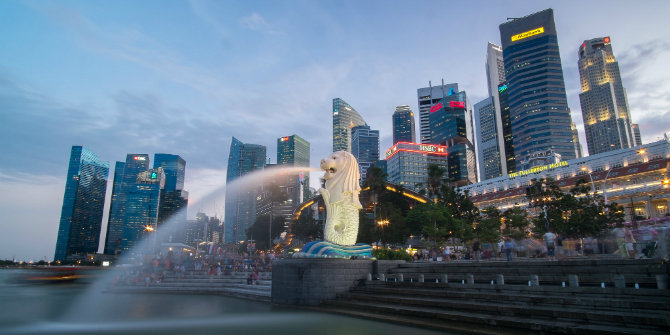 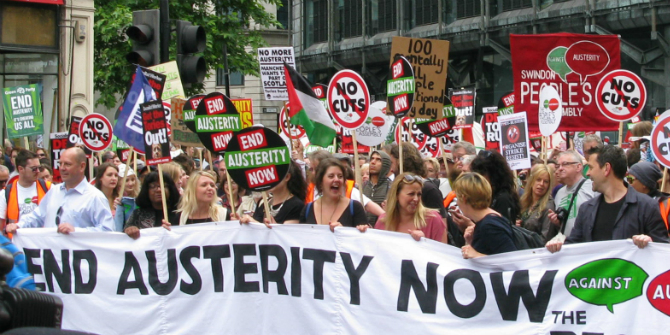