American elections are not won or lost on foreign policy issues. Yet, the foreign policy beliefs and strategic ideas of whoever moves into the White House next January will have repercussions which will be felt around the world for years to come. Nicholas Kitchen writes that Hillary Clinton is a liberal internationalist – the dominant strategic approach across post-War American Presidents. Donald Trump, on the other hand, represents long-banished ideas of American nationalism and isolationism, with a new twist – a focus not on maximising American security, but on maximising American power.

This is slightly curious for much International Relations (IR) theory, which is generally unwilling to open up the black box of the state and delve into the complexity that lies within. This is a mistake, particularly when it comes to those states that really matter: what they think, and how they understand the world, affects how they make it. Shocks like wars, economic crises or social upheaval can see old ways of thinking replaced by new ideas. The international system exerts pressures of course, but for the most powerful, dominant ideas determine grand strategy.

So when the United States holds a Presidential election – the result determines not just the individual in the White House with the nuclear codes, but the entire foreign policy executive – ideas can change. In contrast to a state like the UK where a permanent civil service acts as a gatekeeper of ideas that can filter upward; in the United States new ideas can be parachuted in from the very top. In a world – and a job – where events can set the agenda, it’s worth considering not just the stated foreign policy positions of the candidates on current issues, but the strategic ideas that underpin them.

Hillary Clinton is a liberal internationalist, like almost every other post-War American President, including – just about – is Barack Obama, though the differences between the President and his former Secretary of State, as Jeffrey Goldberg and Mark Landler have detailed, are significant. That though, says more about how far towards the limits of the mainstream the current President is. Clinton believes in in the essential role of free markets in generating the prosperity and interdependence that undergirds stability (whatever she may say now about Obama’s signature trade deals), and in the power of liberal democracy to produce peace. She thinks in terms of cooperation and partnership, prioritises institutional associations, and promotes international law. Like all American politicians, she caveats those commitments with reference to America’s exceptional responsibilities as the world’s sole superpower, and, morally indispensable nation. But the first course is diplomacy, driven by the fervent belief that American power is a force for good in the world and that where people are suffering the United States should try to help.

This secular messianism, combined with a belief that peace and prosperity are indivisible, led liberal internationalists in the 1990s to go on a securitization binge, seeing problems everywhere that could be fixed by the United States in its unipolar moment. It led to liberal wars – Iraq can be seen as an example of the genre – as well normative initiatives like the Responsibility to Protect (R2P), a doctrine which Clinton found use for in advocating for intervention in Libya. This desire to fix problems is underpinned by identity politics – standing up for liberal values abroad is part of what it means to be American – and under a Clinton presidency we can expect the United States to be more activist across a range of foreign policy areas than it has been under the more cautious Obama. Hillary is the candidate of the foreign policy establishment: with due regard to fluctuations of tone and style, continuity in American foreign policy. 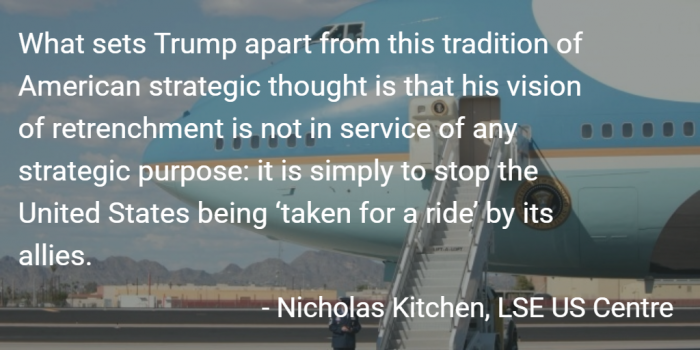 Donald Trump, on the other hand, really does represent new ideas. Or indeed, old ideas, long banished by the United States. Whilst some have expressed confusion about the collapse of left-right ideological divides that Trump represents, the ideas underpinning his foreign policy have a tradition in American politics. But it has taken Trump’s candidacy to open up the more fundamental debate.

Any assessment of Trump’s policy ideas must begin with the caveat that this is a candidate who has so far made little or no effort to engage with ideas or policy in any substantive way, a failure – ostensibly and apparently of psychology and temperament – that makes him dangerously unqualified for the position he now seeks. But Trump’s critique of liberal internationalists, indeed, his very campaign slogan – ‘America First’ – places him within a deep tradition of American strategic thought. What later was characterised as America’s inter-war isolationism and was re-maligned as neo-isolationism – “the rhetoric of neo-know-nothings” – in the immediate aftermath of the Cold War, is actually a coherent set of strategic ideas about America’s position in the world that demands more careful study.

Isolationism versus internationalism has long been an ideational fault line in America’s grand strategy debate, Henry Luce memorably writing in 1941 that “we detest both words. We spit them at each other with the fury of hissing geese.” The question of whether the United States was every truly isolationist has taken up too many pages – the real question is about the point of debate: whether the United States should engage deeply in the world, as a leader, and a liberal power? Or should it turn inward, comforted by the maximal security of its favourable geography, and focus on domestic concerns? This is a genuine and legitimate strategic choice, and whilst the American foreign policy establishment has little appetite for retrenchment, there have been regular cycles in which the American public have sought a less internationalist vision for their country. Peter Trubowitz describes the ebbs and flows of this debate in starkly rationalist terms of “guns vs butter”, but one could equally point to a deeper socio-cultural dialectic of confidence in the supply of and demand for American liberal ideas.

What sets Trump apart from this tradition of American strategic thought is that his vision of retrenchment is not in service of any strategic purpose: he doesn’t view withdrawing from NATO, for example, as a move that will increase American security – it is simply to stop the United States being ‘taken for a ride’ by its allies. Yes, he clearly refuses to identify American interests with wider systemic interests. And, yes, Trump advocates elements of retrenchment that would be shared by defensive realists – people like Stephen Walt, Andrew Bacevich, Christopher Layne, and Barry Posen – who regard the dominance of liberal internationalism in US foreign policy as reckless and dangerous. But Trump’s ideas are not about American security per se. For Trump, internationalism is fine if you win, if you’re losing, build a wall. This is his art of the deal: to prioritise relative gains in power over absolute gains in security. By this characterisation, Trump is an offensive realist.

John Mearsheimer, who developed offensive realism as a grand theory of IR, might disagree with this attribution. In a recent radio interview, he was broadly conciliatory to a foreign policy position that rejects the “liberal imperialism of the foreign policy establishment” and characterised Trump as a “restrainer”, a position which would not set him apart from his defensive realist colleagues. But if, as Mearsheimer has it, the fundamental – and tragic – purpose of states in the international system is to maximise power, is Donald J. Trump getting it right, or does Hillary have it wrong?

Note:  This article originally appeared at our sister site, USAPP – American Politics and Policy. It gives the views of the author, not the position of EUROPP – European Politics and Policy, nor of the London School of Economics. Featured image credit: Gage Skidmore (Flickr, CC-BY-SA-2.0) 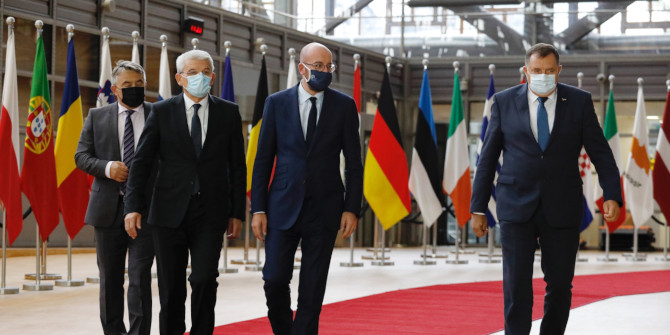 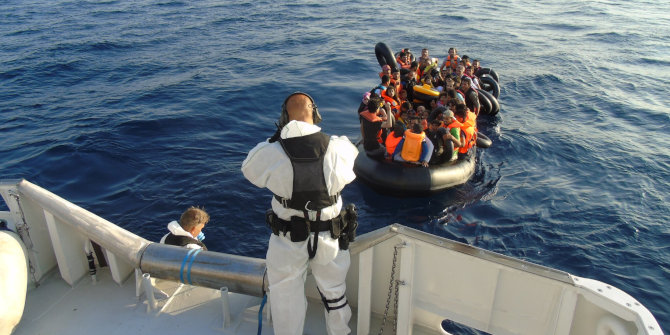