On 5 February, Thomas Kemmerich of the Free Democratic Party (FDP) was elected as Minister President of Thuringia with the help of the Alternative for Germany (AfD). Sabine Volk explains that the incident, which has generated a heated reaction in Germany, highlights the role of far-right groups in shaping public debate in eastern Germany.

Following the AfD’s coup in Thuringia and the resulting political earthquake in German party politics, eastern Germany has once again moved into the spotlight of national debates on rising far-right populism. I have recently conducted research in the region, where far-right subcultures have been able to establish themselves, providing a platform for far-right debate and networking.

Once in a blue moon, a public bus goes to Schnellroda, a tiny township in the eastern German federal state of Saxony-Anhalt. About fifty kilometres from Saxony’s buzzing student city of Leipzig, and some thirty kilometres away from the city of Halle, the location of an anti-Semitic terrorist attack in October last year, this remote place is the embodiment of ‘the middle of nowhere’.

Yet, Germany’s far-right scene usually spares no effort to gather in Schnellroda. It is here that Germany’s leading far-right intellectual, Götz Kubitschek, his so-called Institute for State Politics (IfS), and his publishing house Antaios reside. Since the early 2000s, Kubitschek has provided a major platform for far-right debate and networking. A visit to the IfS reveals the ambiguities between its acclaimed intellectuality and its close links to party politics.

Götz Kubitschek, born in south-western Germany, became involved in the German far-right during his studies of German literature, geography and philosophy. In 2000, he founded the IfS together with the historian and high school teacher Karlheinz Weißmann. Antaios followed shortly after. The IfS and Antaios had a mission from the very beginning: to build the intellectual centre of a fledgling ‘respectable’ far-right scene in Germany, providing an alternative to violent neo-Nazi comradeships. Kubitschek then bought the old manor in provincial Schnellroda which today serves as the official seat of the institute as well as the private home of Kubitschek’s large family, including his wife, the author Ellen Kositza, and their seven children.

Several times a year, Kubitschek and his inner circle invite the ‘young generation’ to Schnellroda to so-called academies. Their typical three-day programme includes lectures, working groups, sports, and social activities. From Friday afternoons to Sunday mornings, the participants listen to some of Germany’s best-known far-right thinkers – who are also usually authors for Antaios.

Despite Kubitschek’s apparent disgust for party politics, prominent politicians from the Alternative for Germany (AfD) regularly pay the academies a visit. For instance, Alexander Gauland and Alice Weidel, co-leaders of the AfD’s parliamentary group in the Bundestag, have both spoken in Schnellroda. The last winter academy saw the leader of the AfD’s far-right extremist wing Der Flügel, the Thuringian politician Björn Höcke, welcoming the young participants. A regular guest in Schnellroda, he once claimed that he obtained “intellectual manna” from the discussions at the IfS. Arguably, he also views the discussions as an opportunity to recruit for the AfD’s junior organisation.

In early January this year, when I made my way to Schnellroda, the location of the academy was overcrowded. Since the number of participants has been rising, the events take place in the village’s only large assembly hall, belonging to the rustic tavern Zum Schäfchen, a short walk from Kubitschek’s home and publishing house.

With large paintings of scenes depicting fishing and animal breeding on the walls, and decorative pieces of burlap bags and ivy on the ceiling, the assembly hall in the back of the restaurant breathes rural charm. Around 150 academy participants and some thirty external guests sat, somewhat squeezed together, alongside four long, massive wooden tables. With their short, side-parting haircuts and neat shirts, the (mostly male) participants stood in sharp contrast to the idyllic, peaceful atmosphere created by the decorations.

The winter academy’s guiding theme was ‘reading’, reflecting Kubitschek’s claims to constitute the intellectual centre of the far-right scene rather than a training ground for junior politicians. Hence, the academy promised interested individuals it would provide orientation in the vast field of political, historical, and intellectual literature as well as fiction.

Demonstration in Schnellroda in 2016, Credit: De Havilland (CC BY 2.0)

Over the three days of the academy, the lecturers zoomed in on the classics of right-wing literature, the intellectual history of the three concepts of nation, people (Volk), and state, and the ‘romantic structure of German thought’, amongst other topics. However, in contrast to the high intellectual aspirations of the academy and its programme, the reality was somewhat sobering: the participants did not take notes during the lectures or ask questions in the Q&A. Some youngsters in hoodies showing the logo of the AfD’s junior organisation whispered about how late it got the previous night.

The final speaker at this year’s winter academy was Kubitschek himself. His talk carried an intriguing title referencing “inner emigration”. The controversial historical concept refers to a vague idea of intellectual retreat or withdrawal. It originates in early post-war Germany, when a couple of German writers, accused of sympathising with the Nazi regime, claimed that they had actually opposed Hitler, but preferred ‘inner emigration’ to exile.

Kubitschek skilfully applied the concept to today’s literary scene. Enumerating a handful of names, he developed the idea that contemporary German-language writers increasingly have to go into inner emigration due to a lack of effective freedom of expression. Unfortunately, he did not provide any proof that the enumerated writers – amongst them some left-wingers – actually identify as ‘inner emigrants’. Rather, he struck a comparison between the state of democratic freedoms in today’s Federal Republic and the country’s two past dictatorships. This has become a recurrent rhetorical twist in German far-right discourse – one that is employed by actors including the AfD and the xenophobic protest movement PEGIDA.

Is the far-right’s freedom of expression really under threat?

It is worth exploring whether freedom of expression in contemporary Germany is really in such bad shape. Kubitschek regularly gives interviews to journalists and researchers. Although the subject of much debate, his publishing house Antaios is represented at Germany’s major book fairs. All over the country, and specifically in eastern Germany, bottom-up groups such as PEGIDA, the Identitarian Movement (IB), and other organisations frequently mobilise on the streets, voicing their disenchantment with German mainstream politics.

Meanwhile, the AfD is achieving ever higher successes in regional, national and European elections, increasing the salience of conservative to far-right positions and ideas in political discourse. The AfD’s latest success in Thuringia, impeding a left-wing government coalition, is another manifestation of the rising impact of far-right populism on German party politics.

At least some people would be happy to entirely cut the freedom of expression of Götz Kubitschek and his entourage. Under the motto “Shut down the IfS”, some leftist organisations had mobilised to demonstrate against the IfS in the afternoon hours of the second day of the winter academy. Around 130 individuals had followed the public call and made their way to the province.

The demonstrators claimed that the activities of the IfS have dangerous real-world repercussions, despite the institute’s carefully nurtured intellectual image. They state that Antaios has published or translated texts that have become associated with the terrorist attacks in Christchurch in March last year and in the German city of Kassel last June, amongst others. In addition to the far-right’s growing impact on German politics, which was underlined by the recent events in Thuringia, critics now also voice concern over potential connections between the ideas of far-right intellectuals and far-right terrorism in Germany and beyond.

Sabine Volk – Jagiellonian University
Sabine Volk is a PhD candidate at the Jagiellonian University in Kraków and a Marie Curie Fellow in the EU’s H2020 project “Delayed transformational fatigue in Central and Eastern Europe: Responding to the rise of illiberalism/populism” (FATIGUE), coordinated by UCL. Her research interests include populism and the radical right, political activism and street protests, as well as memory politics in Europe. 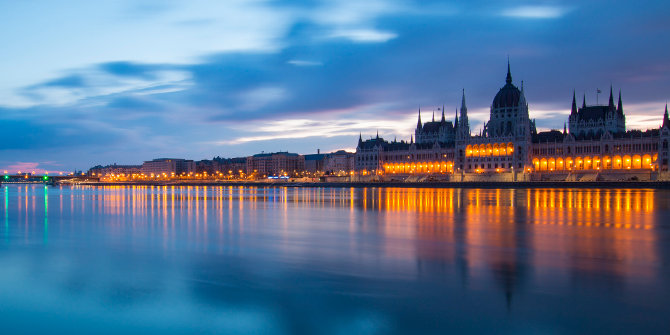 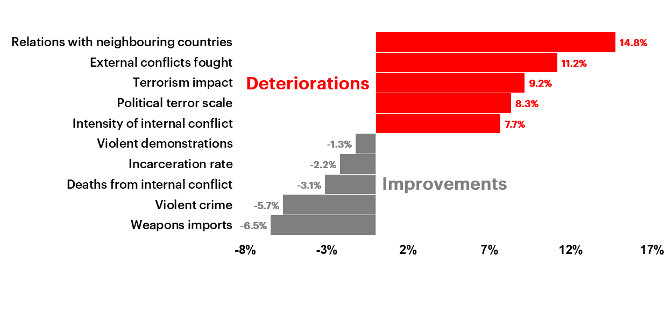