The US and China have announced that they have ratified the 2015 Paris Agreement on climate change. This is despite Donald Trump vowing to renegotiate the agreement if he wins the US presidential election in November. Bob Ward writes that if the Agreement comes into force – which will be very likely if it is ratified by the EU’s Member States – Trump will likely be unable to withdraw the US from it over the course of a single presidential term.

The announcement that the US and China have both ratified the Paris Agreement is a giant step towards it entering into force, and is likely to make it more difficult for Donald Trump, if he becomes President, to renege on the international commitment on climate change made by Barack Obama’s administration.

Mr Trump has claimed during the course of the election campaign that he is “not a great believer in man-made climate change”, and that he would “at a minimum” attempt to re-negotiate the Paris Agreement. It seems highly unlikely that other countries will want to alter the historic Agreement, which was finalized at the United Nations climate change summit in Paris last December, and has now been signed by 180 countries. Mr. Trump’s only alternative would be not to honor the commitment made by his predecessor and instead formally withdraw the United States from the Agreement.

The Obama administration ratified the Paris Agreement as an “executive agreement” which, unlike a new treaty, does not require endorsement by the United States Senate.

Article 21 of the Paris Agreement states that it will “enter into force on the thirtieth day after the date on which at least 55 Parties to the Convention accounting in total for at least an estimated 55 percent of the total global greenhouse gas emissions have deposited their instruments of ratification, acceptance, approval or accession”.

As of 3 September, according the secretariat of the United Nations Framework Convention on Climate Change, 26 countries, including the United States and China, have ratified the Agreement, collectively accounting for just over 39 percent of annual global emissions of greenhouse gases. This has significantly increased the probability that the Agreement will enter into force before the end of 2017. At that point, it will be legally binding on all countries that have ratified the Agreement.

Article 28 of the Agreement indicates that after the Agreement enters into force, any country that has ratified it will have to wait at least three years before it can formally start the process of withdrawing, which would require a further year to complete. Hence it is unlikely that Mr. Trump would be able to achieve a withdrawal from the Paris Agreement within the course of a single Presidential term.

Mr Trump has faced strong criticism from Hilary Clinton over his stance on climate change, and earlier this year faced accusations of hypocrisy after Politico revealed that one of his companies explicitly cited the impacts of climate change in an application to strengthen coastal defenses around a golf course in Ireland.

The announcement by China and the United States, the two largest-emitting countries, has increased pressure on the Member States of the European Union, together the third largest emitter of greenhouse gases, to also ratify the Agreement quickly. If the 28 Member States of the European Union were to collectively or individually ratify the Agreement, it would take the total number of countries to 54, together responsible for more than 51 percent of global annual

The collective ‘intended nationally determined contribution’, submitted ahead of the Paris summit, by the 28 Member States to reduce their collective annual emissions of greenhouse gases by at least 40 percent by 2030 compared with 1990 will be more difficult for the European Union to achieve, if the United Kingdom is no longer included as a result of the referendum vote to leave the European Union.

The withdrawal of the UK from the European Union would create a need for it to ratify the Paris Agreement separately. In July, the UK Parliament passed the Fifth Carbon Budget into law, requiring annual emissions of greenhouse gases to be at least 57 percent lower on average over the period between 2028 and 2032 compared with 1990.

The initial nationally determined contribution submitted by the United States commits it to “achieve an economy-wide target of reducing its greenhouse gas emissions by 26-28 percent below its 2005 level in 2025 and to make best efforts to reduce its emissions by 28%”.

China’s first submission of its nationally determined contribution includes a pledge to “achieve the peaking of carbon dioxide emissions around 2030 and making best efforts to peak early”. Some analyses have concluded that China could reach its target well before 2030.

Note:  This article originally appeared at our sister site, USAPP – American Politics and Policy. It gives the views of the author, not the position of EUROPP – European Politics and Policy, nor of the London School of Economics. Featured image credit: Official White House Photo by Pete Souza (CC-BY-SA-2.0)

Should mainstream parties have a blacklist of potential coalition partners? 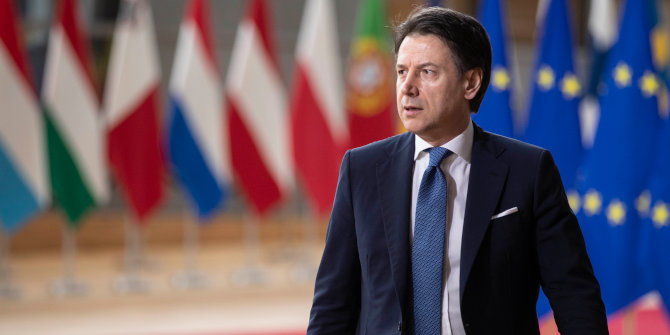 Italy’s endgame and the future of the Eurozone