Donald Trump has indicated that he intends to withdraw the United States from the Paris Climate Agreement. Bob Ward writes that the President’s speech put forward a confused interpretation of the agreement, included references to climate research that has previously been debunked, and gave a highly misleading account of the agreement’s impact on the United States’ coal industry.

Credit: Chairman of the Joint Chiefs of Staff (CC BY 2.0)

President Trump’s speech yesterday about the Paris Agreement on climate change was full of confusion and bogus claims. The key passage from the President’s speech was: “Therefore, in order to fulfill my solemn duty to protect America and its citizens, the United States will withdraw from the Paris Climate Accord… but begin negotiations to reenter either the Paris Accord or a really entirely new transaction on terms that are fair to the United States, its businesses, its workers, its people, its taxpayers. So we’re getting out. But we will start to negotiate, and we will see if we can make a deal that’s fair. And if we can, that’s great. And if we can’t, that’s fine.”

It is not clear what this means. Article 28 of the Paris Agreement states that any Party wishing to withdraw would need to wait at least three years from 4 November 2016, the date it came into force, and that the process would take 12 months. This means the earliest that the United States could complete its withdrawal would be on 4 November 2020, the day after the next Presidential election. So it is not possible for the United States to withdraw immediately.

Furthermore, it is extremely unlikely that the other 145 countries that have now ratified the Agreement, which required many years of intense discussions to finalise, will accede to President Trump’s demand to re-negotiate it. Indeed, the secretariat of the United Nations Framework Convention on Climate Change has already made clear that the Agreement “cannot be renegotiated based on the request of a single Party”.

However, the Trump administration can re-negotiate the nationally determined contribution by the United States to the Paris Agreement. It was submitted by the Obama administration in March 2015 and pledged to reduce annual emissions by 26 to 28 per cent by 2025 compared with 2005. Unlike the Agreement, the nationally determined contributions of countries are not legally-binding, although they are expected to drive the implementation of national efforts.

As recently pointed out by Todd Stern, who led the United States delegation that negotiated the Agreement, there would be no legal sanctions against the Trump administration submitting a new nationally determined contribution that incorporated less ambitious targets. Hence, it seems entirely possible that the United States will not actually withdraw from the Agreement but will simply ‘re-negotiate it’ by submitting a watered-down pledge for national action.

But Mr Trump’s speech also included a rather feeble attempt to portray withdrawal from the Paris Agreement as resulting from a solid analysis of its impact on the economy of the United States. Unfortunately, the evidence he cited has been debunked.

The President said: “Compliance with the terms of the Paris Accord and the onerous energy restrictions it has placed on the United States could cost America as much as 2.7 million lost jobs by 2025 according to the National Economic Research Associates”. That study, published in March 2017, has been shown to lack any credibility because it attempted to calculate the cost of the United States implementing its nationally determined contribution while making several unrealistic assumptions, including that every other country in the world would not try to meet their targets.

The President also claimed that “even if the Paris Agreement were implemented in full, with total compliance from all nations, it is estimated it would only produce a two-tenths of one degree – think of that; this much – Celsius reduction in global temperature by the year 2100”.

Although Mr Trump did not reveal his source, it may have been Dr Bjorn Lomborg, who has a track record of downplaying the risks of climate change. Dr Lomborg claims that the aggregate effect of implementing all of the nationally determined contributions, which set emissions reduction goals for 2025 or 2030, would be a cut in the amount of global warming by 0.17 Celsius degrees by 2100. But his calculation was fundamentally flawed because he assumed that most countries stop trying to tackle climate change after 2030. Hence, his results reflect his extreme assumptions about emissions after 2030, not the effect of the nationally determined contributions.

Most striking, however, was Mr Trump’s insistence that withdrawal from the Paris Agreement would help to revive the beleaguered coal industry in the United States. Yet, Mr Trump’s chief economic adviser, Gary Cohn, has already warned him that coal use is in decline because it is cheaper in many parts of the United States to generate electricity from shale gas or renewables. It is economics, not the Paris Agreement, that is killing American coal jobs.

In the coming days, weeks and months, the Trump administration will need to implement the confused messages contained in the President’s speech. They will need much clearer thinking, based on much more robust evidence, to guide their actions.

Bob Ward – LSE
Bob Ward is policy and communications director at the Grantham Research Institute on Climate Change and the Environment at the London School of Economics and Political Science. 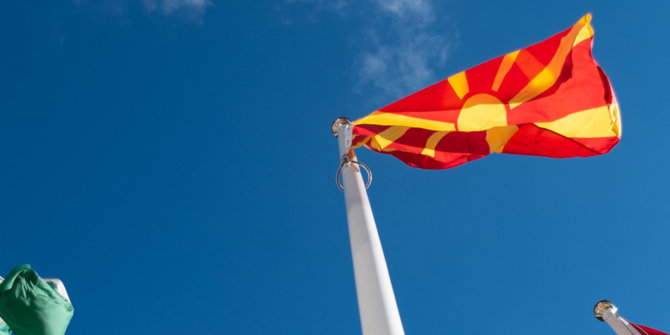