What does the result of Italy’s constitutional referendum mean for the country moving forward? Valentino Larcinese argues that the vote should be seen as a positive development for Italian democracy, albeit one that has opened up deep divisions which will take time to heal.

Sunday, 4 December 2016, was an extraordinary day for Italian democracy. A referendum on a constitutional reform proposed by the government saw the participation of more than 33 million voters: 65.5% of the electorate, almost 70% if we exclude residents abroad (which had a turnout rate of about 30%). In spite of the support of all the economic establishment, and of most journalists and media outlets, Italians decisively rejected the proposal with almost 60% voting No. The No campaign prevailed in almost every area of the country and I am confident, when more detailed evidence will be available, in most socio-demographic groups.

It’s hard to say how many voters rejected the reform for its own weaknesses and how many just voted against the current government. The proportion of Renzi’s defeat suggests that for many voters this has been an opportunity to signal their dissatisfaction with the government. A strategy which had been planned at the peak of Renzi’s popularity (to use support for the government to pass a controversial constitutional reform) has eventually backfired. Personalising the referendum was likely the reason for such a resounding defeat in a context in which, in spite of promises, the life conditions of most Italians continue to deteriorate.

I also believe that many voters have chosen to punish the government for its irresponsible conduct during the referendum campaign. The government should have done anything possible to reassure the markets that the Italian public finances, albeit not in great shape, are nevertheless sufficiently solid to allow Italians to exercise their democratic rights with tranquillity. It was a duty of the government to defend as far as possible the right of Italians to choose the rules of their democracy free from threats and interferences. Renzi has instead chosen to add fuel to the fire, to gamble with the reputation of Italy, playing the “after me the deluge” strategy.

This strategy didn’t pay off and this is good news for Italian democracy. Nevertheless, the divisions opened by this referendum are deep and will take time to heal. This was not necessary: as I explain in my previous post, a different and less divisive method should have been adopted to reform the constitution. What is worth saving from this experience, however, is the extraordinary campaign of many ordinary citizens that, against the will of most of the economic establishment, defended their constitution from the idea that the economic problems of Italy are due to an excess of democracy. Certainly this result sends a strong message to the financial and political establishment: that a bad constitutional reform is not a price Italians are willing to pay in exchange for short-term financial stability.

I would like to add that the implications of this vote for Europe are indeed important, but not for the reasons that most of the international press seem to believe. First, yesterday has been an extraordinary day for those who demand a more democratic Europe, it has been a day in which hope has prevailed over fear. Austrians rejected the twin fears of immigration and European integration, which have recently propelled the far right to dangerous levels of popularity, unseen in the post WWII period. The election of a Green president signals that the crisis of European social democracy does not necessarily mean that the European left is in crisis.

And Italians have rejected fear about the economic consequences of a No vote, which was spread, with little evidence, by most media, including some of the very influential British press. Italians have, above all, rejected the idea that global financial markets should be able not only to severely restrict the range of policies that sovereign countries can pursue (and we are now used to accepting this) but the very rules of democratic coexistence.

This was not a vote about the EU, the euro, or banks, it was simply a vote on the Italian constitution. Interpreting the referendum outcome as a vote against Europe is therefore far-fetched. Evidence from Eurobarometer, a series of surveys of the attitudes of Europeans which began in 1973, shows Italians have been for decades amongst the most Europhile on the continent. Support for Europe has plummeted in the last 5-6 years because the institutional architecture of the EU (and particularly of the Eurozone), in its current shape, does not work anymore in the interest of Italians. This vote should make clear even to the most orthodox technocrats that Europe needs to change its course.

Note: This article gives the views of the author, and not the position of EUROPP – European Politics and Policy, nor of the London School of Economics. Featured image credit: Palazzo Chigi (CC-BY-SA-2.0) 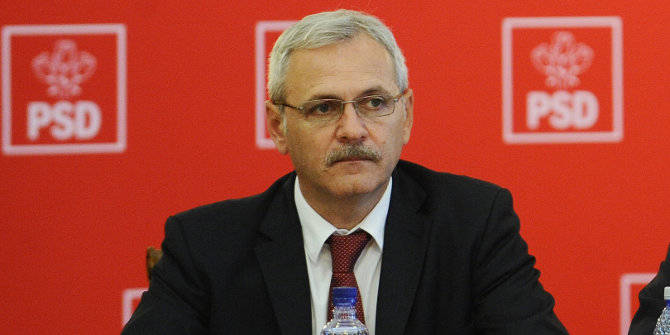 Romania’s protests and the PSD: Understanding the deep malaise that now exists in Romanian society