Shortlisted for the 2016 European Book Prize, in Slippery Slope: Europe’s Troubled Future journalist and analyst Giles Merritt reflects on the threats, challenges and unexpected opportunities that Europeans are likely to face as they move deeper into the twenty-first century. Simeon Mitropolitski strongly recommends this book to those pondering the future horizons of a presently troubled Europe.

If you are interested in this book, you may also like to listen to a podcast recording of Giles Merritt’s LSE Lecture, recorded 26 May 2016. 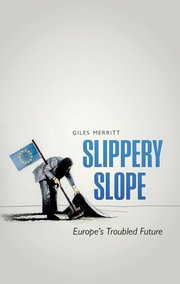 Giles Merritt, an international journalist and think-tank analyst, offers a new book on Europe’s present and future. Named by his former employer Financial Times in 2010 as one of 30 ‘Eurostars’ who are most influencing thinking on Europe’s future, he focuses on the common myths, threats, challenges and unexpected opportunities that Europeans are meeting as they move deeper into the twenty-first century. Merritt’s previous books dealt with global unemployment issues and the difficulties facing post-communist Eastern Europe. The purpose of Slippery Slope is to show that no single European country is capable of defending its interests on its own in today’s world (xiv). Only through strengthening the process of European integration can the challenges of the incoming world be met – whether economic, demographic, political or technological.

Methodologically, Slippery Slope reflects the interviews that the author has conducted since the early 1970s with European politicians as well as available statistics and literature on the topic. The book targets the general public – unsurprising given Merritt’s journalistic background. Readers do not have to be particularly familiar with either the European or larger international issues that the author presents. The language he uses is also simple without being simplistic or underestimating the intelligence of the reader, who will have the impression of sitting with the author in a cafe and holding a friendly discussion on European and global topics.

Slippery Slope includes twelve chapters that deal with different aspects of European development, followed by a short bibliography and an index. I recommend reading the first two before moving onto the other thematic chapters. These set up the common myths of Europe and also give a glimpse into the next 35 years if the current heavy trends keep rolling. Chapters Three through Eleven discuss European development within the context of different international topics, such as the rise of Asia, digital and demographic changes and some geopolitical issues. The readers can read these chapters in any order or just pick up where they are most interested without losing the red thread of the entire volume. The final chapter includes the author’s practical suggestions for European leaders and citizens.

Instead of reviewing the book chapter-by-chapter, I will focus on Slippery Slope as a practical guide for decision-makers. From this angle, the review will look like a series of propositions, each with its own genealogy in terms of a problematic. The author calls these the myths that hasten Europe’s decline (Chapter One). Each leads to dangerous long-term trends (Chapter Two), but may also open new windows of opportunities (Chapters Three through to Eleven). Finally, for each, there are practical suggestions for decision-makers (Chapter Twelve).

One of these common myths is that Europe is overcrowded. This can produce demographic policy that inhibits population growth and leads to relative or even absolute population decline. But it may also open the window of opportunity to attract the best and brightest minds from developing countries. Therefore, the author suggests that the EU take an unambiguous stance on immigration to staunch the shrinkage of its workforce (245). Another common myth is that Europe is technologically advanced. This myth is particularly dangerous because it makes governments and population feel superior to other regions and without the need to make radical changes. As a result, Europe is losing comparative advantage not only to the United States, but also to some newly industrialised nations such as China and South Korea. To eliminate this threat, the author suggests accelerating the process of inter-European corporate concentrations and mergers (244).

The third common myth in Europe is that the continent is strong within today’s world, self-sustaining in terms of security and with a strong voice in global affairs. The reality is far from this picture, and the sheer number of men and women in uniform does not hide the fact that the strongest European nations do not cooperate too often on security issues. Merritt suggests giving Brussels the opportunity to speak with one voice on foreign and security issues, a matter that national governments have for centuries conducted on their own (241). The fourth myth is that Europe is rich: particularly dangerous because it reflects the present situation but not necessarily the near or far future, especially in terms of its relative share of the world’s economy. The trend is clear: Europe is losing its relative economic might, and with it the European population will slowly impoverish. To face this challenge, the author suggests approving EU-based strategy for modernisation and the expansion of basic infrastructures, especially transport (238).

The fifth European myth deals with the perception of EU as a superstate that threatens national sovereignty. With barely one per cent of the EU GDP redistributed by the EU and with small, often dysfunctional and poorly organised institutions, the EU lacks the resources and the brainpower to be a superstate (14). This myth threatens European integration and makes Europe less competitive and powerful in the international arena. To solve this problem, the author suggests not abandoning political union, saving the Euro and giving the European Central Bank additional powers to promote growth and jobs as well as price stability (248). Other European myths deal, among others, with European’s resilience, with jobs haemorrhaging to Asia and with immigration. Each of these potentially contributes toward Europe’s decline and needs to be addressed by decision-makers before it is too late.

The feeling of sitting with the author may have unexpected and certainly unintended consequences. Despite his willingness to thematically separate the issues, they usually overlap across the entire book. The benefits of immigration, for example, in terms of arguments and illustrations, unnecessarily appear within different contexts at different points.

While reading Slippery Slope I also had the impression that the author was too much concerned, despite his explicit denial, with the outcome of the Brexit referendum in June 2016. If trying to influence British public opinion not to leave the EU was the real motivation behind defending the merits of the EU’s ever-closer integration, then certainly the immediate goal was not achieved. Regardless of the presence or absence of Britain within the EU in the near future, however, the book’s arguments may serve as a good starting point for further discussions on European development. The author is dealing with long-term trends, ones that may puzzle the European decision-makers and public opinion for many years and even decades to come. For this reason I strongly recommend the book not only to today’s readers with an interest in European issues, but also to the readers of tomorrow. 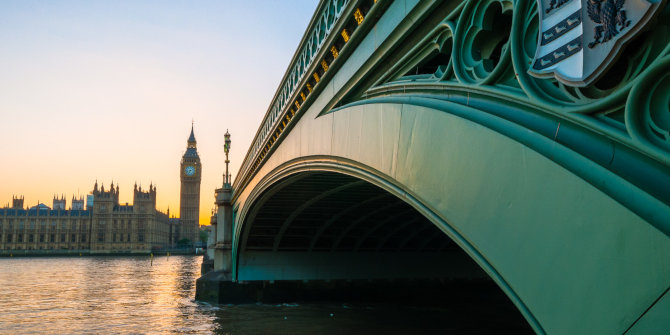