British-born Sebastian Gorka was appointed as Deputy Assistant to the President of the United States by Donald Trump in January and is viewed as one of the key figures behind the President’s national security strategy. Steve Fuller presents an analysis of Gorka’s world-view, writing that his conception of an ideological struggle between Islamic jihadism and the West may ultimately be difficult to square with the views of Trump’s core supporters, who have a sharper focus on territorial integrity and the material security of American citizens.

When one thinks of who might be the ‘mastermind’ behind Donald Trump’s presidency, Steve Bannon of Breitbart and ‘fake news’ fame is the obvious candidate. However, arguably a deeper thinker in the same mould is Sebastian Gorka, Trump’s deputy assistant and an increasingly familiar face to television audiences, as he offers – ‘asserts’ may be a better word – straightforward justifications for the byzantine turns in Trump’s policy initiatives. What follows is my presentation of Gorka’s world-view, which is by no means crazy but not so easy to square with the world-view of the seemingly solid block of 40% of Americans who back Trump because they think their material security is his primary concern. In any case, it helps to begin with some history.

The Cold War was often portrayed as a struggle between competing ideologies, capitalism and socialism. Its original master thinker, George Kennan, believed that it was a struggle without end, since the two ideologies are irreconcilable: Both demand global domination and each has its own way of legitimising this demand. Indeed, they do so in ways that could appeal to members of the other side, given a fair hearing. So there are only two possible strategies for each side: either destroy or ‘contain’ the other (i.e. simply block its spread). Destruction, while technically feasible with nuclear weapons, could also result in ‘mutually assured destruction’, so containment would be the more sensible option to lead with.

However, for all practical purposes, the Cold War’s so-called ideological struggle was really between the United States and the Soviet Union, two nation-states, each of which amassed other nation-states in various political, economic, military and cultural alliances. The Cold War was transacted in state-minted currency, which in turn was spent to fund an ‘arms race’ and a ‘space race’ that was claimed to have universal import.

But contra Kennan, the Cold War came to an end less than a half-century after it started. One of the anchor nation-states, the Soviet Union, had effectively gone bankrupt and sought a peaceful exit strategy, which the US clumsily managed. The so-called ideological struggle between capitalism and socialism ended at that point, notwithstanding pockets of resistance in places like Cuba. Other nation-states, most noticeably China, had no problem adapting its own geopolitical conduct to the newly relaxed capitalism-socialism divide.

Gorka’s world-view begins with the claim that today the West’s struggle against ‘Islamic jihadism’ is a much more literal version of a Kennan-style ‘ideological struggle’ than Kennan himself had envisaged the Cold War to be. This is because at least one of the parties to the struggle is not defined in nation-state terms. Islamic jihadists are emboldened by certain radical Muslim thinkers to read the Qur’an for themselves so as to interpret ‘jihad’ (humanity’s struggle to arise from its fallen state) as not simply a personal struggle but a geopolitical one, the full resolution of which requires universal conversion to Islam.

That highly esteemed Muslim religious leaders may not support such an inflated sense of jihadism is irrelevant to the true jihadi, as religious leaders can always already appear compromised in some way. Thus, Gorka does not place any special burden on ‘normal’ Muslims to counter jihadism. That would be like expecting the established Christian churches – both Catholic and Protestant – to have taken responsibility for all of the violence of the Christian dissenters, say, in the 17th century English Civil War and other modern freedom-fighting movements. Arguably one such movement was the American Revolution itself, which drew on St Augustine’s theology of human exceptionalism (i.e. our having been created ‘in the image and likeness of God’), without subscribing to any particular church.

Here the trope of ‘Protestantism’, which in recent years has been invoked by liberal Muslims such as Reza Aslan as the path to reforming Islam, should be seen in a more nuanced light. Just because the historical outcome of the Protestant Reformation has been, broadly speaking, a victory for secular democratic values, the forces that unleashed both ‘jihadism’ and secular liberalism are largely the same. (Consider, say, the violent tone in which the original modern classic of freedom of expression, John Milton’s Areopagitica, is written.) In both cases, people were encouraged to take the sacred book into their own hands as a source of personal empowerment, with the book read as posing to each reader an existential challenge.

Those who accept the challenge may join to form communities of various sorts, but these are never more than temporary holding patterns until the Kingdom of God is realised for all to see – what on this reading of the Qur’an is the true ‘caliphate’. However, it is the sacred book – not some particular human authority – that ultimately licenses that activity. The resulting political sensibility may indeed be totalitarian yet without being especially authoritarian. (Here the writings of Eric Voegelin on political theology are useful.)

It is this ‘permanently revolutionary’ sense of Protestantism to which Gorka’s jihadism harkens, rather than the more settled secular versions exemplified by the US Constitution and other democracies formulated on similar grounds in the modern era. In these cases, the original revolutionary violence was specifically focused on more-or-less politically unified territories. Thus, the conflicts were broadly comprehensible within what’s still called the ‘Westphalian settlement’, named for the 1648 European treaty that established the convention that nation-states are the primary units of political sovereignty. This fundamental assumption of modern international relations at both the diplomatic and military levels is now called into radical question by Gorka’s totalising sense of jihadism.

Moreover, the plausibility of Gorka’s world-view is facilitated by the de-territorialisation of ideology that information technology increasingly permits. In other words, Islamic jihadists can coordinate their activities across self-organising networks that are distributed across many countries, most if not all of which may otherwise abhor the ideology. Moreover, Islamic jihadism is a genuinely ‘transhumanist’ ideology in that its self-identifying members think of themselves primarily as platforms for advancing the ideology, the full realisation of which they may or may not be personally involved in.

At one level, this sense of ‘self-sacrifice’ is familiar from both capitalist and socialist narratives, which argue that the current generation lays the basis for subsequent generations to live better lives. In these explicitly secular narratives, which were pervasive during the Cold War, the expectation was that one’s children or grandchildren might live in the utopia that the current generation was struggling to achieve. However, Islamic jihadism possesses at least three features that serve to undermine this Cold War intergenerational template of geopolitical struggle. I will go through them quickly.

I do not wish to comment here on the accuracy of Gorka’s characterisation of so-called Islamic jihadists. But he certainly means to take them seriously – so much so that he believes the United States and its allies should mirror much of their modus operandi. For example, Gorka thinks that security agencies should treat mosques and other religious institutions as secular public spaces, just as the jihadists themselves do, since the jihadists regard law-abiding Muslims as spiritually suspect unless proven otherwise. These spaces then become sites of ideological contestation, in which the religious authorities nominally in charge of them have little standing with either the jihadists or the US security agencies.

An epistemologically interesting consequence of Gorka’s mirror strategy pertains to the role of information. It reflects the ease with which Steve Bannon and the Breitbart crowd surrounding Trump can live with the idea that we live in a ‘post-truth’ world. Information is treated quite literally as a political football to be batted back and forth – spun and re-spun. One might even speak of information as having become ‘weaponised’ much more thoroughly than in past propaganda campaigns, which tended to emanate from a few authorised sources.

The key general insight, which underwrites the phenomenon of ‘fake news’, is that the distributed character of computer networks effectively blurs the difference between the production and consumption of information. But this goes beyond the mere fact that those who consume information can also produce it. Of greater significance is that it becomes harder for the consumer to tell how the information was produced. Indeed, as productive capacity is increased, accountability is decreased. Here Gorka is influenced by David Kilcullen, an Australian military strategist of ‘counterinsurgency’, a term he has made his own to characterise the mirroring posture that he would have the US and its allies adopt towards Islamic jihadists.

Kilcullen was a vocal critic of the Iraq war and especially the use of drones in warfare, as Barack Obama had begun to normalise in Afghanistan. In terms of the information war with the jihadists, all that did was provide visual ammunition for the enemy. Any image of a successful drone mission could be repackaged as having killed many innocents by some artful (or not, as the case may be) textual and visual recontextualisation. In that case, the sheer immediacy of the message combined with its multiple seemingly independent reproductions – say, on social media – would override concerns about the image’s authenticity, which may have been untraceable in any case. (Jacques Derrida must be either turning over in his grave or laughing to the bank.)

What is perhaps most striking about Gorka’s world-view is his Platonic sensibility about the nature of war – it is all about winning hearts and minds, not lands and lives. His own writings make it clear that s/he who strives the hardest the longest ultimately wins, regardless of the body count. While this ethic will be immediately recognisable to the so-called Islamic jihadists, it is not so clear how it will play with Trump supporters who identify their interests – including what they mean by ‘security’ – with something having a much more restricted world-historic scope. In other words: How exactly can a potentially endless ideological struggle be fought when one of the parties – the United States – seems under President Trump to be keener than ever to protect its territorial integrity and the material security of its citizens? 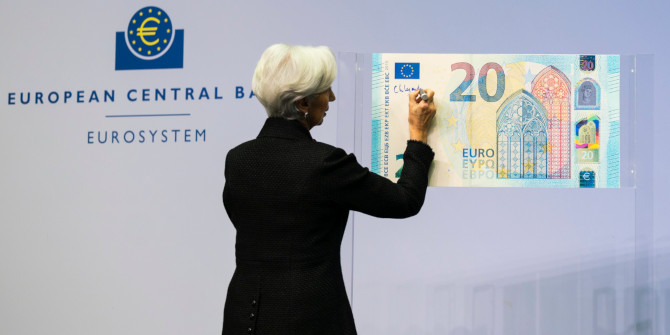 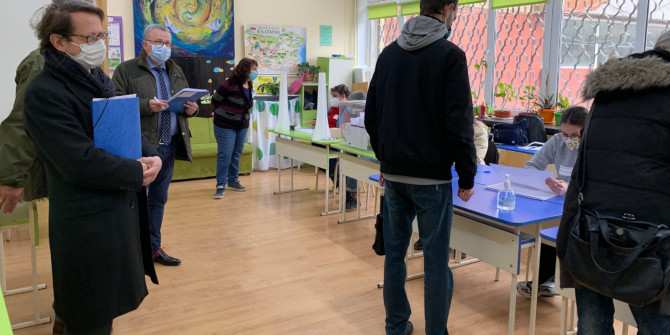