In The French Revolution: From Enlightenment to Tyranny, Ian Davidson offers a new examination of the diverse factors that converged to spark and propel this crucial historical event. While the breadth of the book is occasionally overwhelming and characterised more by description than explanation, its rich detail highlights the intricacies of the French Revolution without centralising the role played by any one trend, figure or group, finds Roberto A. Castelar. 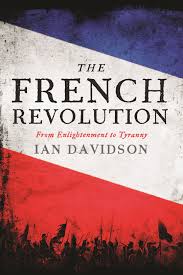 This new history of the French Revolution avoids immersing readers in the complex scholarly debates that have long characterised the subject, instead seeking to offer the best of what is currently known about this crucial historical process. Ian Davidson’s narrative should be praised for its eclecticism: there is no central trend or salient figure around which the events unfold, no one hero or group of heroes. Each part aspires to give fair treatment to a large number of relevant factors and personalities and to illustrate their complex interrelations. The cost of this breadth is that the alternation between different aspects might make the reading experience difficult for some, but this risk is compensated by the richness of details offered by the book.

Various historical factors are described in the context of a general theme: namely, the process by which the political events of 1789 descended into tyranny and the ‘reign of terror’ of 1793. Davidson describes how the democratic institutions established at the beginning of the Revolution were quickly overturned by the revolutionaries when circumstances proved particularly difficult for their political projects. Davidson’s narrative is more orientated towards description than to explanation, however, and the book does not propose reasons for understanding why the turn towards tyranny and terror happened. Rather, he is interested in establishing how the main events progressively moved away from what he calls ‘a framework of legality’ with less focus on what concretely explains this shift.

The book generally succeeds, nevertheless, in describing with clarity how events developed and interacted. Davidson highlights how the revolutionaries were unable to achieve broad support throughout the country and proved incapable of attaining comprehensive legitimation of their actions. The problems attached to the currency (‘assignats’) introduced by the National Assembly, the strictly Parisian boundaries of the popular movement and the direct confrontation with the Catholic Church are all described as salient factors that contributed to the estrangement of the revolutionaries from the majority of the French population, predominantly religious and peasant. This exacerbated discontent and generated many popular rebellions, such as that of Vendée, all of which were brutally repressed by the revolutionaries. 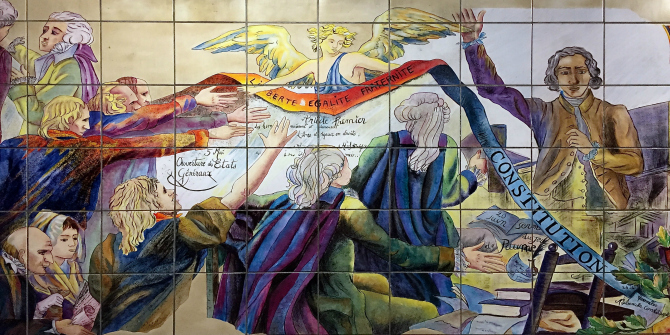 The complex relations between the sans-culottes of the popular movement in Paris and the bourgeois revolutionaries of the National Assembly and the National Convention, as well as the main aspects of such crucial events as the fall of the monarchy, the September Massacres, the fall of the Girondins, the cult of the Supreme Being, the anti-Christian campaign and the establishment of the Committee of Public Safety, are well depicted. At times, however, the roots of some events and processes are not sufficiently explained. A more detailed account was needed, perhaps, to show why the National Assembly consented so easily to the demands of the sans-culottes in the latter’s insurrection in 1792 as well as to illustrate how the power relations within the National Assembly and the National Convention were configured, and how Robespierre manoeuvred to consolidate his political authority within them.

Given the variety of the topics covered, the central theme of the book might also escape the reader at certain points. But perhaps the problem is that it is considerably difficult to portray the events of the Revolution in a methodical manner. Their complexity makes the Revolution look like an erratic storm constantly changing direction and intensity in unpredictable ways. Its violence targeted the royalists who defended the king before his dethronement, the Republicans after the attempted escape by and acquittal of the king, the resistant peasants, the sans-culottes and a large number of the revolutionaries themselves, including leading figures Danton and Robespierre. One of Davidson’s major points is that four in ten of the main individuals involved in any of the Revolution political factions or groups suffered a violent death.

A strong feature of The French Revolution is its reliance on a wide array of relevant literature, including ‘classic’ historians of the Revolution such as Michelet, Mathiez and Tocqueville, as well as some of the most important contemporary authors. Davidson is particularly indebted to the work of François Furet, perhaps the most widely known of recent historians of the French Revolution. However, he approaches his work and the wider literature with a critical disposition, often diverging from what is normally taken as the safer interpretation. For instance, one of the most intriguing aspects about which scholarly opinions widely split, and for which Davidson proposes new explanations, is Robespierre’s manifold positions and attitudes, whose underlying motives are often hard to determine with the available evidence.

Some features concerning Davidson’s method, however, are not entirely satisfactory. In historiography, the risk of looking at past events through contemporary suppositions is always present, and Davidson’s narration sometimes exhibits this. For example, in the initial chapters Davidson makes wide use of the concept of the Ancien Regime as it is understood today to explain the onset of the Revolution. But a careful reader might ask if the major figures involved in these events, even while having radical aspirations, truly possessed the idea of a drastic separation between historical ages that it is implied by the modern concept of Ancien Regime or if they understood the idea of revolutionary action in today’s sense. It is not implied here that these categories are unhelpful for understanding the events; rather, the intentions and perceptions of the actors are best appreciated in the context of their own conceptual framework.

What is important to keep in mind in this narration, as well as in any history of the Revolution, are the differences between the symbolic and intellectual impact of the Revolution both inside France and abroad, its actual outcomes and what the revolutionaries intended to do: distinctions which Davidson makes to some extent clear in the epilogue of the book. These three elements are part of the history, but it is difficult to integrate them in a single historical perspective on account of their respective complexity. Deep explorations of each of them, however, are helpful steps towards the building of this comprehensive perspective, and the importance of Davidson’s book is its capacity to make known with clarity the intricacies of the historical outcomes of the Revolution.

Roberto A. Castelar is a graduate student at Central European University in Budapest, specialising in Political Theory. He previously studied Russian and Eastern European History at University of Glasgow and University of Tartu (Estonia).