Serbia’s recent presidential election, which was won by Prime Minister Aleksandar Vučić, gave rise to a wave of protests in several urban centres across the country. But there is still a great deal of uncertainty over the identity and motivations of the protesters. As the demonstrations are about to resume after an Easter break, Maja Bjeloš traces the origins of the protests, their organisation, and the motivations of those taking part.

At no point did Aleksandar Vučić’s victory in Serbia’s 2 April presidential election seem in doubt. Less than an hour after the polls had closed, the daily newspaper Blic announced that the incumbent Prime Minister had won 55 percent of the vote. However, thousands of Serbian citizens were not convinced of the result. Every day since the preliminary election results were published, tens of thousands of anti-government protesters have showed up on the streets of Serbia’s capital and other urban centres, chanting, blowing whistles and brandishing banners.

The protests have no official organisers and they gather people from different social classes, encompassing the whole political spectrum – left and right, supporters of opposition parties, pro-EU, anti-NATO activists, and Russophiles among others. Given the unsurprising nature of Vučić’s victory and the diverse set of protesters taking part, one might be tempted to ask where the source of their discontent actually lies.

The answer is far from straight forward. Anti-government rallies, organised spontaneously via social media, started in Belgrade on the evening of Monday, 3 April, gathering mostly young people – high school and university students. Almost overnight, Belgrade became the protest capital of the Balkans. The day after, peaceful demonstrations spread across more than 15 Serbian towns – the largest rallies taking place in Belgrade, Novi Sad, Niš and Kragujevac, with tens of thousands attending. The protests took place for twelve consecutive days before taking a break over Easter holidays, resuming on Tuesday, 18 April.

The crowd at one of the protests held in Belgrade, April 2017. Credits: Tena Prelec / LSE EUROPP.

Although billed as ‘student’ demonstrations, the protests grew into a gathering of all citizens – in which students and young people nevertheless remained in the driving seat. As the protests continued in the following days, many individuals and groups supported the young protesters. These included professors, workers, pupils, farmers, pensioners, police and military unions, journalists, actors, NGOs and activists, as well as opposition leaders.

The “Protest Against the Dictatorship” (Protest Protiv Diktature) has no official organiser and anyone who attempts to lead the protests is quickly booed away by the demonstrators. From the very beginning, protesters sent a clear message to all political parties stating that their leaders and symbols are not welcomed and that they won’t allow anyone to hijack the protests.

In a nutshell, the demonstrators are taking aim at problems across the whole of the Serbian political system, exemplified by what they view as tight government control over the media during the presidential campaign and voting irregularities. Vučić’s domination in the media was particularly visible the day before the ‘election silence’ started, when all major dailies in the country featured a large advert for him on their front pages. Alongside criticism of the election process, the protests have also focused on Vučić’s rule, accusing him of eroding democracy, endangering the freedom of the press, and centralising power.

A protester holding a poster of late journalist Slavko Ćuruvija on the 18th anniversary of his death. Ćuruvija was murdered at a time when Aleksandar Vučić was Minister of Information under Slobodan Milošević. Credits: Tena Prelec / LSE EUROPP.

But the protests are more than just a mobilisation against Vučić. They are rooted in wider disappointment at the functioning of state institutions, the lack of a coherent political opposition, and general distrust in the country’s democracy. The weak, fragmented and discredited opposition parties created a space during the election for new players, such as the satirical candidate Ljubiša Preletačević “Beli”, and the lack of a credible alternative to Vučić is a major reason why protesters are now trying to find solutions by taking to the streets.

At first, the protesters did not appear to have any specific demands towards the government. The message sent from the protests during the first two days was simply that they viewed the presidential election as illegitimate. But a list of demands was formulated by protesters in Novi Sad which spontaneously became ratified by protesters in other cities.

The ‘official demands’ include the dismissal of the editors of the public broadcasters RTS and RTV due to unequal representation of presidential candidates during the election campaign, and the dismissal of members of the state’s electoral commission (RIK), as well as the National Assembly Speaker Maja Gojković. They are also calling for a revision of the electoral register, and streamlined voting procedures for the diaspora. The initial deadline for these demands was 17 April and, as they have not been met, the protests are expected to continue.

Government response and views outside Serbia

Vučić and the government initially attempted to delegitimise the protests by labelling the participants as hooligans, with some going so far as to suggest they were foreign spies working for the CIA, George Soros, foreign media organisations, or other western intelligence services. One Serbian tabloid, the Informer, even accused Soros of sending protesters to the country under the headline “Vladimir Putin warned us – Soros wants war in Serbia!”

Partly in response to these accusations, the protesters have since made a series of new demands, calling for the immediate dismissal of the entire political elite, headed by Vučić, fair and free elections, and decentralisation of the state. Clearly, the government will not accept these demands: the strategy from Vučić and his supporters will be to continue to ignore the protesters in the hope that the movement loses momentum.

European leaders, who were quick to congratulate Vučić on his victory, have been accused by some of the protesters of valuing stability over democracy by ignoring violations of the rule of law, a decline in press freedom, and the deterioration of democratic institutions in Serbia over recent years. There is some truth to this, as Vučić enjoys personal popularity as a pro-European politician and ’stabilocrat‘ in a troubled region. Although he is not without his critics, many in Brussels trust Vučić will act as guarantor of stability in the region and prevent growing Russian influence in the Balkans.

But European leaders are not the only international actors responsible for the state of Serbian democracy. Vladimir Putin has also been supportive of Vučić because he is known in Russia as “a principled supporter of stronger friendly relations between Russia and Serbia”. The Russian President has expressed his confidence that Vučić will contribute to further developing the Russian-Serbian strategic partnership. But despite Vučić’s popularity in Europe, his image as a person who delivers concessions to particular foreign countries has not been welcomed by his domestic audience and has also fostered distrust towards the EU. According to the latest  survey conducted by the Belgrade Centre for Security Policy, support for Serbia’s EU accession has decreased markedly among Serbian voters over the last eight years. 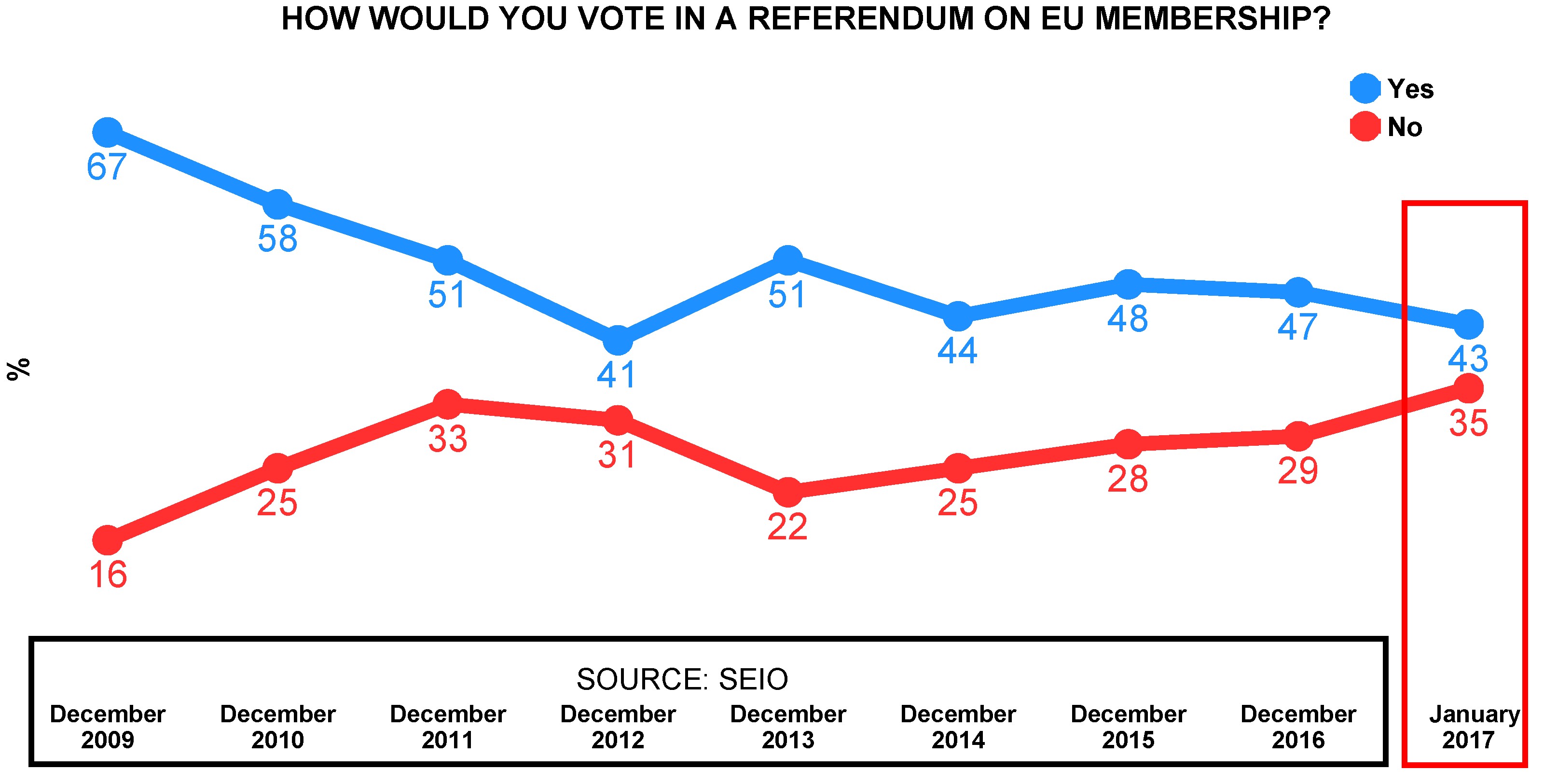 However, while European governments have said little about the protests, they have not been ignored in the international media. Many publications outside of Serbia have covered the events as they unfold, including the New York Times, Independent, Politico Europe, and Balkan Insight. Some European analysts, academics and civil society activists have also voiced strong opinions about the situation. It remains to be seen where the protests will lead, and what response – if any – will come from Europe’s political leaders.