Can prominent anti-corruption activist Alexei Navalny endanger Vladimir Putin’s long-standing rule? In light of the recent protests in Moscow, Alexander Titov traces the history of anti-Putin protests since the 2011 swapping of roles between Putin and Dmitry Medvedev. He argues that the timing is just right for a new protest movement to gather momentum ahead of the March 2018 presidential election, but a question mark remains over whether Navalny’s appeal can spread beyond the relatively narrow anti-regime electorate.

It looks like Russia’s protest politics are waking up after a long sleep. In the last three months, Russia has witnessed two nation-wide protests, with hundreds arrested by the riot police. At the centre of the protest is Alexei Navalny, a charismatic opposition leader who built his reputation on anti-corruption revelations, often taking aim at the highest members of Russia’s political elite such as the Prime Minister Dmitry Medvedev.

Navalny’s first aim is to force a political crisis, at the minimum creating enough popular pressure on authorities to include his name on the ballot box in next year’s presidential elections (he is currently banned from standing due to a criminal sentence, widely seen as politically motivated). His ultimate aim is to topple Putin’s regime through mass protests similar to the Maidan revolution in Kyiv in 2014. For that to happen, Navalny would  need much larger numbers on the streets of Moscow, something similar to the demonstrations in the early 1990s that gathered up to 500,000 protesters.

Whether there is potential for such large scale protests will depend to a great degree on the economy. Russia has never regained a high rate of growth since the 2008 financial crisis, and in 2014 the country went into outright recession under the double weight of western sanctions and collapsing oil prices. Although the Russian economy is turning the corner from a recession and entering lacklustre growth, living standards will remain well below their pre-crisis peak for the foreseeable future.

Navalny’s signature topic – corruption – is particularly appealing at a time of economic distress for the majority of the population. A film Navalny has created on Medvedev’s alleged corrupt activities has gained almost 23 million views. It even prompted a high level response from one of Russia’s richest individuals, Alisher Usmanov (and one of the owners of Arsenal FC), in the form of a YouTube blog. Although Navalny appeared a bit shaky in this exchange, particularly by focusing on allegations of rape against Usmanov – which he couldn’t prove, and which also led to him misrepresenting the book where he claimed it was alleged – the overall impression is that the powers that be have been rattled by Navalny.

The authorities tried to re-capture the corruption topic, and Russia saw a string of high profile arrests of regional governors and even a Minister of Economic Development, Alexei Ulyukayev, for accepting a bribe (although some claim this had more to do with power struggles inside Putin’s government, in particular the strengthening of Putin’s powerful ally Igor Sechin of oil giant Rosneft, in whose offices Ulyukaev was arrested). But Navalny’s campaign against Medvedev (and before that the Procurator General Chaika), undoubtedly had more of an impact among the politically active population.

History of protest and reaction

Navalny is a familiar figure to those following Russian politics over the last decade, and is often touted as the only man capable of toppling Putin’s regime. He ran a very successful campaign in 2011 against the United Russia ruling party, dubbing it a ‘party of thieves and crooks’, which tapped into popular frustration built up at the end of the Medvedev presidency, exemplified by the announcement of the swapping of roles between Medvedev and Putin at United Russia’s congress in September 2011. Following widespread accusations of electoral fraud, Russia was rocked by mass protests at a level unseen since the 1990s.

These protests petered out, however, through a combination of repression, the mobilisation of regime support by the new head of internal politics Vyacheslav Volodin, the lack of a clear agenda and chronic squabbling among the opposition. Some experiments with competitive elections were allowed, such as the 2013 Moscow mayoral elections where Navalny was allowed to run, scoring a very respectable 27% of votes, although from an exceptionally low turnout of 32%. This showed both his strength as an effective campaigner able to draw on a core of committed activists, while at the same time leaving a question mark over how far Navalny’s appeal could spread beyond the relatively narrow anti-regime electorate.

By 2014, the political picture was changed again by the annexation of Crimea and an unprecedented (for post-Soviet Russia) standoff with the West over Ukraine, and later Syria. As a result, last year’s parliamentary elections in Russia were a complete contrast to 2011. In 2016, they were dull and uneventful, marked by the collapse of electoral support for the liberal opposition parties (the veteran liberal Yabloko party got just under 2% of votes, its lowest ever). This year is, however, different.

Russia is in the presidential election cycle now, so the timing is just right for a protest movement to gather momentum before the March 2018 election date (which was deliberately put by the authorities to coincide with the anniversary of the annexation of Crimea in 2014). Putin still lacks a clear slogan for his next six-year-term compared with the past elections.

The main theme for his first term was restoring order by dealing with Chechnya, the second was anti-oligarchic campaign and the Yukos affair. The changeover with Medvedev came amid an unusually severe anti-West campaign in 2008/9, while in 2012, it was the re-nationalisation of Russia’s elites and raising living standards for state employees that was the main theme. What Putin’s next focus will be is unclear, and in the meantime Navalny is pushing his own agenda of anti-corruption politics and real political change which clearly resonates with some voters.

The events in Moscow on 12 June 2017 illustrated both the strengths and weaknesses of Navalny’s strategy. The protests planned at Sakharov Avenue were agreed by the city authorities, but on the eve of the demonstration, Navalny called on his supporters to turned up at the Tverskaya Street, Moscow’s main thoroughfare, where various activities were planned to commemorate Russia’s independence date.

The authorities tried to put a spanner in Navalny’s works by making it difficult to find sound equipment for the authorised event, and Navalny retaliated by calling on his supporters to move to Tverskaya instead. This transformed a previously authorised protest into a direct clash with the police.

Similar events happened in St Petersburg where a crowd of around 10,000 people gathered at a central location against official warnings not to do so, followed by the arrest of some 561 protesters (most getting fines and/or up to 10 days in custody). Navalny himself was detained before being able to join the protesters and given a 30 day detention order.

What stands out is Navalny’s country-wide reach. He has employed a successful strategy to couple the general themes of regime corruption with local issues to galvanise support, such as protests against the transfer of St Isaac’s Cathedral to the Russian Orthodox Church in St Petersburg, or plans for the demolition of old housing stock in Moscow, and a hike in utility bills in Novosibirsk . The levels of youth participation are also significant, and although there’s no detailed studies yet, anecdotal evidence suggest that teenagers are highly active in protests in Moscow and St Petersburg at least.

Navalny is not without his faults. His opponents, even among the liberal opposition, single him out as arrogant, domineering, and not prone to compromises or alliances. For example, he refused to support the campaign of Dmitry Gudkov in a Moscow constituency, which was the only realistic chance of electing an opposition MP at the last Duma elections.

Yet, Navalny is the most charismatic leader among the opposition, and he is able to get people out into the street to protest in most Russian cities, though the most numerous protests were in Moscow and St Petersburg. And if the protest movement continues to grow, which is still uncertain, he will be in a unique position to capitalise on it.

Catalonia and Spain: Will the referendum on independence go ahead? 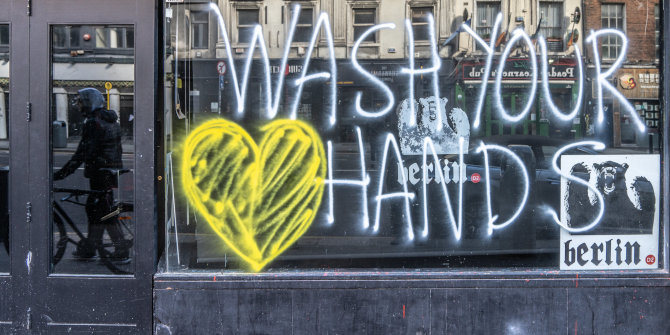