In Migration, Ethics and Power: Spaces of Hospitality in International Politics, Dan Bulley offers a study of the ethics and politics of hospitality, exploring how spaces are produced through various negotiations of host/guest relations. Covering such topics as refugee camps, global cities and the institutional ethos of the EU, this book is a sophisticated and nuanced conceptualisation of hospitality that will be of interest to researchers of migration, political geography and global ethics, writes Chenchen Zhang. 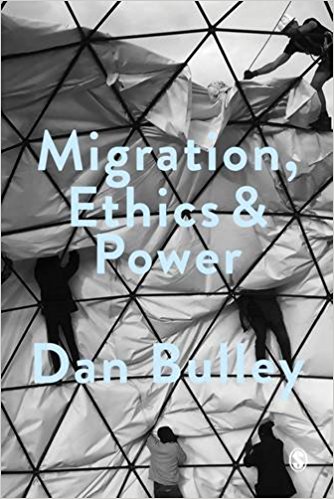 This timely, insightful and provocative book brings an innovative theoretical perspective to a subject that is crucial to the global governance of mobility and that has been largely overlooked in international relations scholarship: the ethics and politics of hospitality. Challenging the traditions of the discipline that prioritise the exceptional and the spectacular over the everyday, Dan Bulley’s monograph, Migration, Ethics and Power, explores a wide range of mundane and quotidian practices of offering, governing and denying hospitality to various figures of the guest – refugees, migrants, tourists and exogenous rulers – and the production of spaces through this negotiation of hospitality.

Bulley understands hospitality as an ‘ethics of post-sovereignty’ through which the subject positions of ‘host’ and ‘guest’ are produced and negotiated and shifting spaces of belonging and non-belonging constructed. The conceptual complexities of hospitality, ethics and power are contextualised throughout the book with theoretically embedded and highly readable analyses of different spaces of (in)hospitality: genocide cinema, refugee camps, global cities, Jordan as a postcolonial state and ‘EUrope’, or the European space imagined through the institutional ethos of the European Union.

Bulley develops three central, interrelated arguments that form the overarching theme of Migration, Ethics and Power. Hospitality is a ‘primary way in which “we” practise everyday relations with difference’: such practices are distinctly spatial – producing particular spaces as ‘mine rather than yours’ (4); and they also necessarily involve power relations between the fluid and contested subject positions of host and guest. Drawing on Jacques Derrida’s dialectic of ‘the law’ of unconditional hospitality and the conditional laws of hospitality, Bulley argues that the fundamental paradox is that absolute openness risks destroying the host and the home as such, whereas conditional laws are always on the shore of removing ‘themselves from the domain of hospitality’ and therefore have to retain ‘at least the thought of the unconditional’ (6).

Every particular practice of ‘ethics as hospitality’, then, entails perpetual negotiations between the law and the laws, between unconditional welcome and restrictions. The author further emphasises that hospitality is a ‘spatial relational practice’, requiring both the existence of boundaries and their traversing, which distinguishes it from other ethical practices such as donation and aid. It also has an affective dimension as hospitality produces and mobilises an imaginary of the home associated with ‘feelings and emotions of belonging and non-belonging’ (9). 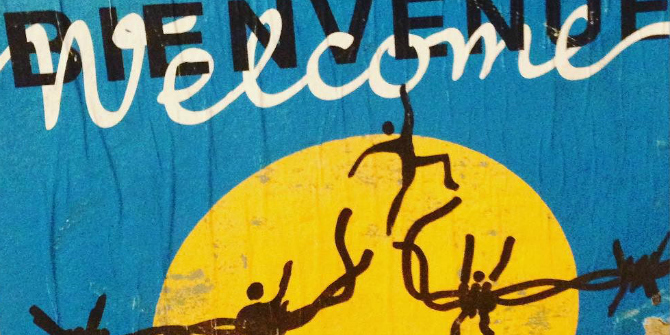 Following this introduction, Chapter One looks into how contemporary cinema represents and imagines hospitality in situations characterised by the ‘worst’ kind of violence: genocide. Bulley finds an idealised and dichotomous narrative about heroic hosts and vulnerable, victimised and voiceless guests in both Hotel Rwanda (2004) and Welcome to Sarajevo (1997). He reads the host/guest relations as an exercise of sovereign mastery in the former film and a form of pastoral care in the latter. By contrast, the identities, narratives and spaces of hospitality are much more ambiguous in Ararat (2002), featuring a non-linear structure and several intertwining plotlines. In all three films, however, he notices the framing of hospitality as conditional upon the erasure of difference, thus resembling ‘in a minimalist form’ the genocidal violence it opposes (19).

The author then moves on to a more conventional object of inquiry in studies of hospitality: the refugee camp. While critical observers often see refugee camps as spaces of containment/exception and as reinforcing the international system of state sovereignty, Bulley argues for a more nuanced approach that attends to everyday, banal forms of ethics and power operating in the ‘post-sovereign space’. For him, camps embody a humanitarian ethos that is increasingly ‘managerial, bureaucratised and technocratic’ (44). Using the concept of domopolitics and the Foucauldian understanding of security, he analyses the plans and instructions created by international organisations as ‘assembled hosts’ and shows how a minimally comfortable and ‘homely’ space is produced for refugee ‘guests’ through security mechanisms such as statistics, meticulous calculations and affective governance. Camps, however, are also political spaces in which, as Michel Foucault puts it, ‘diffuse and subdued forms of resistance’ take place (53). Bulley draws on examples from UNRWA in Lebanon, among others, to illustrate these strategies of resistance that both challenge and reinforce the governmental tactics and humanitarian ethos imposed by the ‘host’.

In sharp contrast to the camp space, both in terms of materiality and ethos, is the free, flourishing and seemingly borderless space of the global city. Using London and its former mayor’s urban development strategies as an example, Bulley looks at how a ‘(nearly) universal welcome’ is specially designed for the ‘global talent’ and offered through technologies of planning that both encourage and discipline mobility. A large share of those who do the real ‘work’ of hospitality, such as workers in the restaurant and hospitality industries, are also ‘guests’. They nonetheless become the invisible backdrop of the general celebration of diversity as the city’s brand, and are subjugated to an ‘exploitative hospitality’ according to Bulley. Although both guests (migrant workers) and hosts may possibly subvert the dominant urban ethos through counter-conducts such as flexible trajectories of mobility and life plans or the sanctuary movement, he also contends that they hardly change the ‘rules of the game’ (85).

After revisiting the encounters between (trans-)Jordan’s powerful ‘guests’ – the British colonial rulers and the Hashemite kings – and its relatively powerless hosts – the native Bedouins – in Chapter Four, the final chapter offers a somewhat provocative reading of EUrope’s ‘protective hospitality’ through engaging with Roberto Esposito’s concept of immunisation and Derrida’s discussion on autoimmunity. Bulley argues that ‘EUrope’s hospitality operates as an immune system which both produces and protects the space and ethos’ of a EUropean home against outside dangers (118). In his analysis of the ‘conditional hospitality’ of EU enlargement policies, the author on the one hand describes the ways EU institutions define their relation to candidate states as one of the shepherd exerting pastoral power over a flock, and on the other hand characterises the process as one of immunisation, taking into the communal body a ‘small amount of that which endangers it’ (126) in order to protect it.

A similar approach is applied to theorising the externalisation of EU asylum policy. In this account, EUrope provides a ‘minimalist hospitality’ to vulnerable populations to immunise itself from the risks they imply and through transforming other spaces into EUropean – that is, conforming to EU values and norms. However, Bulley then expands on Derrida’s notion of autoimmunity and holds that there is an autoimmune or ‘quasi-suicidal’ tendency at the heart of this hospitality which risks turning the protective, immunising logic against the body itself. Thus for him the short period of ‘unconditional hospitality’ adopted by Germany in 2015 exemplifies autoimmunity in that it destroys solidarity with other member states and undermines the EU’s ethos of minimalist hospitality.

It becomes perhaps more controversial when Bulley interprets the Paris attacks in November 2015 as an event that exposes the fatal danger of autoimmunising hospitality: one that ultimately attacks the cosmopolitan hospitality itself offered by Paris as a global city. Although drawing on Derrida’s thesis that democracy is eternally threatened by its own logic, Bulley is less explicit than Derrida on the point that autoimmunity, or self-destruction, is not ‘an absolute ill or evil’. It rather enables ‘an exposure to the other’ without which ‘nothing would ever happen or arrive’. In concluding the book, Bulley defends a post-sovereign ethics against any ‘automatic, unreflective response’ to the arrival of the stranger – be it absolute openness or complete closure. Again inspired by Derrida, he suggests that this ethics of hospitality is in search of spaces that are relentlessly self-critical of ‘its non-self-identical culture’ (156).

Taking a fresh look at an array of political practices, performances and discourses across time and space through an innovative lens of hospitality and host/guest relations is a major strength of the book. Yet this philosophical coherence also leads to some of its weaknesses. Although Bulley’s treatment of hospitality is non-static, relational and non-totalising, organising the examination of problems ranging from colonial rule to migration and terrorism around hospitality and host/guest identities also tends to downplay the importance of other power structures at work, such as race, socio-economic inequalities, the international division of labour and geopolitical interests. Hence the analysis may paradoxically reinforce the host/guest dichotomy that disregards the interconnected history of such terms and the moralised narrative that ‘turns questions of responsibility, guilt […] and structural reform into matters of […] hospitality’. By emphasising a potential equality between hosts and guests in terms of power and insecurity (12), the arguments at times seem to move from the critical terrain towards a politically neutral perspectivalism. That said, this book develops a sophisticated and nuanced conceptualisation of hospitality in relation to shifting spaces and dynamic identities. It makes an important contribution to the study of this underexplored topic and a thought-provoking read for researchers of migration studies, political geography and global ethics. 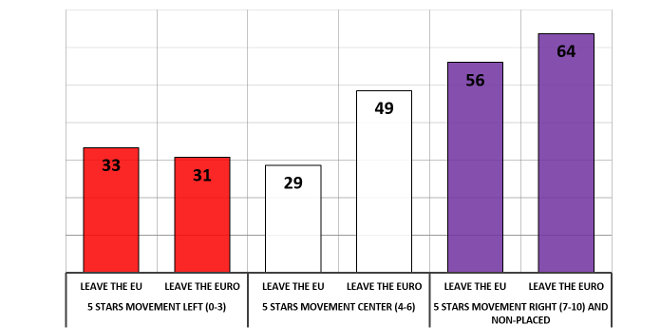