‘Populism’ and ‘liberalism’ are often viewed as being in opposition to one another, but many ‘populist’ parties nevertheless cite liberal values in making their case for particular policies, such as a reduction in immigration. Ben Margulies assesses the case of Geert Wilders’ Party for Freedom and its approach to the six Caribbean islands that form part of the Kingdom of the Netherlands. He argues that the case illustrates how populist parties can use liberal values instrumentally to push for favoured policies, even when there is no apparent clash between a liberal ‘in’ group and an illiberal ‘out’ group.

Many scholars, essayists and journalists treat “liberalism” and “populism” as antagonistic concepts. One proclaims the importance of checks and balances, the rule of law, minority rights and pluralism; the other casts them all aside in the name of the singular, unified and absolutely sovereign “will of the people.”

However, the two spheres are not as easily distinguished in practice as they are in theory. Many populist parties in Western Europe claim to be defending at least some liberal values. Even radical-right populist parties, which Cas Mudde defines as “authoritarian, nativist and xenophobic,” will sometimes claim to defend values like secularism, feminism or minority rights. They may adopt a “civic,” values-based definition of the nation rather than a cultural, genetic or ethnic one. In part, this is because democracy, and certain rules relating to democracy are generally accepted in Western Europe.

Another key reason why radical-right populists embrace liberalism and secularism is to reconfigure and restate one of the main policy concerns, which is the exclusion of immigrants. The argument is that we (Dutch, Danes, French, or sometimes all Westerners) respect laws and individuals and women; they (almost always Muslims) do not. Rogers Brubaker recently published an article on this subject. This poses a question. Do radical-right parties have genuine commitments to the liberal values they espouse, as Takis Pappas argues? Or is this liberalism merely a tool towards a xenophobic, Islamophobic end, as Brubaker’s piece seems to contend? Is it merely an “instrumental liberalism”?

One way of examining this question is to look at whether and how radical-right populists discuss liberal values, themes and commitments when they aren’t talking about Muslims. In my work, I decided to look at how a radical-right populist party dealt with a minority that is a) legally indistinguishable from the majority and b) has little direct relationship to Muslim minorities, or to discourse about Islam. The radical-right populist party in question is the Partij voor der Vryjheid (Party for Freedom, PVV). The PVV has long portrayed itself as a defender of Dutch civic values and tolerance against the Muslim threat. The minority is the Antilleans, people who come from, or whose immediate ancestors came from, the six Caribbean islands that form part of the Kingdom of the Netherlands.

The Antillean case is illustrative for two main reasons. Firstly, the people of the Antilles have been Dutch citizens since the end of slavery in 1863. In 1954, a special charter created “The Kingdom of the Netherlands,” in which the three largest islands now form equal parts of an overarching legal structure with the metropolitan Netherlands. Like Puerto Ricans in the United States or Martinicans in France, Antilleans are legally indistinguishable from other Dutch citizens, About 135,000 Antilleans, including second- and third-generation descendants, lived in the Netherlands in the first decade of this century.

Secondly, it is much harder to claim that Antilleans are culturally alien. The Dutch have ruled these islands since the 17th century. Many Antilleans speak Dutch, though the islands’ main languages are Papiamentu (a creole language) and English. The Antilles are predominantly Christian societies. All of them have democratic governments, and the same legal system as the Netherlands. If the PVV advances a civic nationalism, and if its main concern about migrants is a clash between liberal and illiberal values, then the Antilleans should pose no problem.

I conducted a content analysis of 74 statements on the Antilles, dating from between 2007 and 2016, culled from the PVV website. I used the PVV website search engine to collect documents relating to the islands, using four keywords: “Antillen,” “Curaçao,” “Aruba” and “Sint Maarten,” referring to the Antilles generally and to the three largest islands. I used Google Translate to produce a serviceable English rendering of the documents, split them into approximately 470 smaller units of text for convenience, and then analysed them using a simple set of codes, which were refined during the analysis process into a codebook of 17 codes and two sub-codes.

What I found was that the PVV’s belief in civic nationalism didn’t extend to their Antillean compatriots. Indeed, the most striking reference to liberal values in the PVV’s discussion of Antilleans was almost nakedly “instrumental,” if not cynical, mirroring the way the party speaks of Muslims. I made three main findings:

This study is not a fully developed cross-national examination of radical-right populist attitudes towards liberalism. Right-populist attitudes towards non-immigrant minorities vary; for example, while there is racial resentment towards indigenous populations in Australian radical-right discourse, this does not seem to be a major issue in New Zealand. Instead, this study suggests one method for interrogating the radical-right populist relation with and commitment to liberalism. Are these parties liberal when the rest of the world isn’t paying such close attention? And how do they use liberalism in these secondary policy areas? For the PVV, the answers seem to be “no,” and “cynically.” 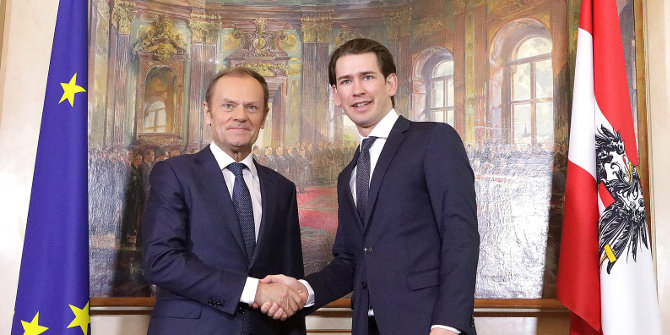 You can’t get it all: Italy’s public finances