A diplomatic row has escalated in recent months between Moldova and Russia, with Moldova expelling five Russian diplomats in May, and Russian Deputy Prime Minister Dmitry Rogozin being prevented from entering the disputed territory of Transnistria at the end of July. Alexander Tabachnik writes that much of the animosity between the two countries is linked to internal political debates between pro-western and pro-Russian parties within Moldova, as well as the wider regional instability caused by the Ukraine crisis and the continuing dispute over Transnistria.

July marked the 25th anniversary of the predominantly Russian peacekeeping operation in Transnistria which began following the Transnistria War in the early 1990s. But the occasion has been marked by an escalation in tensions between Moldova, on the one hand, and Transnistria and Russia on the other. Dmitry Rogozin, the Deputy Prime Minister of Russia and Putin’s special envoy in Transnistria, had planned to arrive in Transnistria and participate in a celebration. However, on 28 July, the plane with Rogozin on board was prohibited from entering Romanian air space and was forced to turn back, apparently following a request by the Moldovan government.

This latest flare up between Moldova and Russia was the most serious in a series of similar incidents over the last few months, whereby Russian officials have been prevented from accessing Transnistria. Relations began to deteriorate after the Euromaidan Revolution in Kyiv in 2014, however tensions escalated further following presidential elections in Moldova and Transnistria at the end of 2016.

The situation also has relevance for Ukraine. From the perspective of the pro-Western government in Kyiv, Transnistria, as a Russian military stronghold, poses a threat to Ukrainian national security. Ukraine fears that Russia may try to use the Transnistrian territory to destabilise the security situation in the Odessa Oblast, where there is a significant concentration of Russian-speakers. Kyiv has therefore aimed to isolate Transnistria, weaken it economically and politically, and undermine the Russian political and military presence in the region. This strategy has been undertaken in cooperation with Moldova’s pro-Western government. For example, Ukraine and Moldova have established mutual control of the border between Transnistria and Ukraine, allowing Moldovan officials to also control the movement of people and supplies into Transnistria through the Ukrainian border.

From the Moldovan perspective, Transnistria is not just a separatist region, but also a security and political challenge for the country’s pro-Western government. The Moldovan Parliament and government are currently controlled by a pro-Western coalition. However, in the presidential election in November 2016, the pro-Russian candidate Igor Dodon emerged victorious, defeating the pro-Western candidate, Maia Sandu from the Action and Solidarity Party (a newly founded, centre-right and pro-Western party), by a narrow margin.

It should be noted that, according to the Moldovan constitution, the President is a mostly symbolic and representative position, while the real power is concentrated in the hands of the parliament and Prime Minister. However, these results show that, in the next parliamentary election in 2018, the pro-Russian forces may strengthen their position or even establish control over the parliament and the government. This would be a serious defeat for the pro-Western forces in Moldova and generally for the ‘West’. Under these circumstances, Russia would be able to strengthen its position in the region, and there could potentially be a threat to the south-western regions of Ukraine.

However, the relative popularity of a pro-Russian candidate should not have come as a surprise. It reflected disappointment with the ruling elite following poor implementation of reforms and a variety of corruption scandals, rather than a belief in the ability of Russia to offer an alternative model for economic or socio-political development. Russia itself is experiencing economic stagnation due to its ineffective, energy oriented economy, as well as Western sanctions. It is unable to implement the necessary reforms which would create the conditions for economic modernisation and improvement of the socio-economic conditions in Russia, far less in Moldova.

To regain popularity, the pro-Western Moldovan establishment has sought to demonstrate its commitment to fighting against corruption by prosecuting corrupt officials, and by increasing the efficiency and transparency of the government. Signing an Association Agreement with the EU and the implementation of a visa-free regime with the EU were also presented as major success stories by the pro-Western parties. At the same time, Dodon has been portrayed as a pro-Russian populist, not least because he supports rapprochement with Russia, cessation of cooperation with NATO, the abolishment of the Association Agreement with the European Union and accession to the Russian lead Eurasian Economic Union (EAEU).

Moreover, Russia is accused of undermining Moldovan national security, as well as direct intervention in the Moldovan political process through support for Dodon and other pro-Russian political forces, both before and after the presidential election. These representations of the Russian threat may ultimately help to consolidate the position of pro-European elite groups within the country and persuade the population to support pro-Western parties. The recent tensions between Moldova and Russia can only be understood in the context of this internal political debate.

The key question is how long Russia will continue to support Transnistria, and to what extent. After the seizure of Crimea, the strategic importance of Transnistria has decreased. Moreover, the de-facto blockade of Transnistria by Moldova and Ukraine makes the Russian presence in Transnistria more complicated and expensive. This is especially the case given Russia’s current economic stagnation: the Russian government has recently been forced to close hospitals around the country and cut subsidies for social programmes. Moreover, Russia is investing significant resources in Crimea, and funding additional military operations abroad.

The situation in Transnistria is also aggravated by conflict between different elite groups: chiefly those groups mobilised around former President Yevgeny Shevchuk, and those allied to the current President, Vadim Krasnoselsky. Key members of Shevchuk’s team have been arrested by the new regime, while Shevchuk and his wife (the former minister of foreign affairs of Transnistria) have escaped to Chisinau and now live there under heavy protection by the Moldovan special services. Shevchuk allegedly delivered to the Moldovan pro-Western authorities some ‘interesting’ information regarding the new Transnistrian leadership and Russian involvement in the region. These developments show that Russian control over Transnistria’s political leaders is far from total.

Under these complicated conditions, the Moldovan government is striving to limit Russian influence in the region, which has led to the current stand-off with the Kremlin. At the same time, Russia’s options for responding to Moldovan pressure are relatively limited, while the potential imposition of Russian sanctions on Moldova may undermine the position of pro-Russian politicians in the country. Russia will likely wait for the results of the next parliamentary election in Moldova before making a decision regarding Transnistria’s future, while refraining from direct action against Moldova and continuing to provide support to Transnistria. At the very least, the weak Moldovan army and the reluctance of the West and Ukraine to see another armed conflict in the region should ensure military measures are kept off the table. 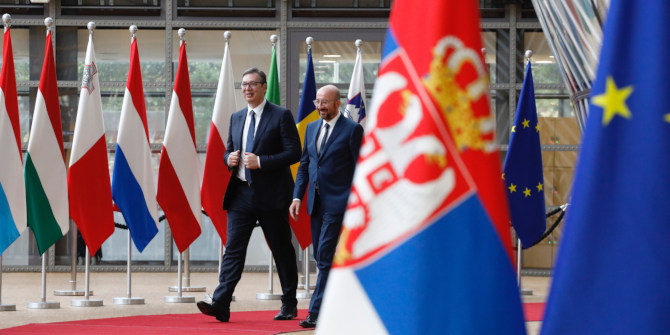