The Political Party Database Project has analysed the workings of 122 political parties in 19 parliamentary democracies. Remarkably, the vast majority share a common model of subscriber democracy: members join at a local level and enjoy a certain amount of say in the party’s direction. But in recent years a wave of new political movements, such as République en Marche and the Italian 5 Star Movement, have challenged this template. Yet the vast majority continue to make decisions at an assembly level rather than by consulting the whole membership. Paul Webb, Susan E Scarrow and Thomas Poguntke explain their findings.

A member of Germany’s Piraten Partei at an extraordinary meeting in Halle an der Saale, 2014. Credit: Andreas Gerhold via a CC-BY-SA 2.0 licence

How do contemporary political parties organise themselves? And does it matter? Providing answers to these questions has been at the heart of the Political Party Database Project, which has gathered data on more than 300 different variables for 122 parties across 19 parliamentary democracies in recent years. The fruits of this research effort are now manifest in the database itself (which can be freely downloaded through the project website) and in a new multi-authored volume just published by Oxford University Press (Organizing Political Parties: Representation, Participation, and Power), of which we are the editors. The findings cover the major features of contemporary party organisations (including their resources, structures and decision-making processes) as well as their effects on the wider external political environment (such as levels of parliamentary party cohesion, and public confidence in parties).

In recent years, political commentators have devoted a lot of ink (and its digital equivalent) to analysing new parties and movements that promise to challenge the mainstream, both in terms of their political messages and the ways in which they organise themselves. Examples range from Geert Wilders’ memberless Freedom Party in the Netherlands, to Beppe Grillo’s Movimento Cinque Stelle (5 Star Movement) and the ‘liquid democracy’ of the German Piraten. Emmanuel Macron’s rapidly-formed Republique en Marche (REM) seems to be the latest radical innovation in party organisational format. One question faced by REM and all of these new parties is: can they retain their quality of organisational innovation past the initial enthusiasm that brings them to the fore, and once the party begins to cope with the longer-term challenges of candidate recruitment and of maintaining legislative cohesion?

To maintain their claim to organisational innovation, REM or other parties will have to differ markedly from the norm of what we call the ‘Subscriber Democracy’ model. This model first emerged in the late 19th and early 20th centuries and meant that, despite widely differing aims, most parties adopted very similar organisational structures: they operated as clubs with statutes, membership procedures and annual dues, local branches, annual or biennial national congresses as the nominally highest party organ, and smaller executive committees holding broad authority between meetings of the national conference.

By the middle of the 20th century, parties in most parliamentary democracies had adopted some variant of this subscriber democracy model of party organisation. Of course, formal structures may not tell us a great deal about actual distributions of influence within political parties. Nevertheless, the adoption and spread of the individual member/congress model seemed to signal acceptance of the idea of parties as micro-polities, and also signals recognition of the idea that permanent party organisation was useful for policy implementation and electoral mobilisation.

Contemporary parties share a striking uniformity of basic organisational structures and rules. Both old and new parties continue to stick to a subscriber democracy organisational model in which dues-paying members are the polis for most or all important decisions, and in which the party conference is (formally) the party’s highest organ. This enduring similarity is seldom remarked upon, but we find it notable, not least because it has survived several waves of challenges by new left, green and populist parties over the past four decades. Parties that proudly deviate from this basic model, and which claim to pursue a new brand of democracy, tend to receive a great deal of attention from both journalists and scholars.

In fact, however, not all of those parties have gained enough traction to join and stay in national legislatures for multiple terms. Those that do remain have tended to change their organisations in ways that make them more similar to their older peers. Such organisational convergence is undoubtedly encouraged by national regulations and statutes that dictate some of the fundamental structural and procedural options for parties. Yet that is not the whole explanation, because in some cases party structures pre-date the laws, and in any case parties themselves are in a position to alter the regulations if they wished to do so. Since this organisational convergence cannot be driven by ideology, given the great variety of parties that it incorporates, then it has likely been driven by the model’s sheer functional utility and/or by its perceived legitimacy. In other words, whatever Republique en Marche does or does not do to strengthen its organisation for the long term, it is clear that many parties – even organisationally innovative ones – have turned to the subscriber democracy model to promote their own sustained existence.

Patterns of intra-party democracy: The limits of the plebsicite

The predominance of the subscriber democracy model is underlined by our findings regarding the way intra-party decisions are taken. We distinguish between two fundamentally different ways in which this can happen – collectively in meetings or conferences (assembly-based intraparty democracy, or AIPD) or via votes of the full membership (plebiscitary intraparty democracy, or PIPD).

While the former is logically associated with subscriber democracy, based as it is on the formal authority of the party conference, the latter is much more likely to predominate in any party organisation promising ‘liquid’ or grassroots-led democracy. Our findings point to the clear and continuing ascendancy of AIPD over PIPD. All but one of the 122 parties included in our study have internal structures that satisfy a minimum level of AIPD, and most score quite highly; the exception is the one-man Dutch Freedom Party of Geert Wilders which has no party members and hence no internal structure to speak of. Thus, AIPD may be regarded as representing the essential core of intra-party democracy, or rather of subscriber democracy. By contrast, more than 40 per cent of the parties in our study lack any institutionalised mechanisms of plebiscitary mechanisms, and even those which do often register low scores on the relevant measure of PIPD. Above all, very few parties have opened up their organisations to plebiscitary input by non-members even though these rare exceptions have attracted much media attention.

A closer look at the main party families shows clear differences between them in terms of IPD usage. They do not, however, always meet the obvious theoretical expectations. For instance, while the Greens are associated with calls for the democratisation of public life, overall they have only a mid-range score on our plebiscitary PIPD index, although they are the most democratic party family when it comes to assembly-based intra-party politics. The Social Democrats, on the other hand, come closest to a pan-democratic model, with comparatively high scores for both types of practices. Christian Democrats and Conservatives register average AIPD scores and fairly low plebiscitary values. Surprisingly perhaps, the far right does not score high on the plebiscitary index even though this category encompasses populist right-wing parties which often loudly proclaim the virtues of direct democracy in national politics.

Finally, the most notable result is that Left Socialist parties are by far the most reluctant party family when it comes to plebiscitary measures. This may well reflect the influence of traditional left-wing organisational thinking, with its considerable emphasis on hierarchy and party discipline.

When we break down our data by country, we see two clear patterns: in some countries, there is complete uniformity because of the absence of plebisicitary practices (Austria, Czech Republic, Poland), while a few other countries stand out because most or all parties register fairly high PIPD values (Belgium, Canada, Italy, Britain). In the remaining countries, parties vary widely in the extent to which they have adopted plebiscitary mechanisms. If national contagion effects are strong, it is possible that the coming years will bring an upsurge in the prevalence of PIPD, at least in those countries where at least one party has already adopted such measures. Jeremy Corbyn’s Labour will be an interesting test case in this regard, given the rhetoric that has sometimes emanated from the party’s leadership since 2015 about giving members a greater say in drawing up policy. Should this trend spread, we may see a genuine transformation in traditional subscriber democracy as conferences, delegates and party executives are downgraded and unmediated leader-member relations take centre stage; for now, however, it remains the predominant form of party organisation across the world’s major parliamentary democracies. 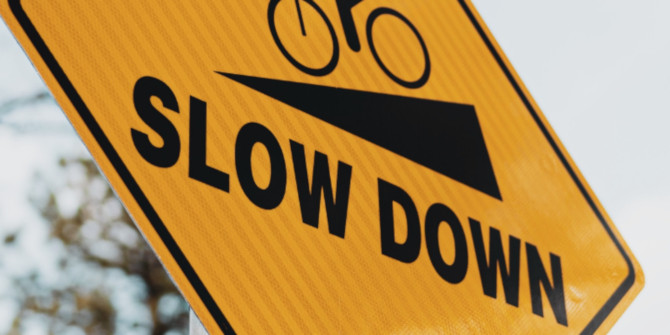