In his annual State of the Union speech, delivered on 13 September, European Commission President Jean-Claude Juncker voiced criticism of the principle of ‘multispeed Europe’, under which some countries within the EU engage in integration at a faster pace than others. Pol Morillas argues that while it is reasonable for the Commission to try and avoid any kind of second class Europe from developing, debates on the need for a more flexible Union are unlikely to be resolved any time soon.

Jean-Claude Juncker was harshly criticised when he presented his White Paper on the future of Europe earlier this year. At that time, he intended to throw the ball back to member states to decide on the path of integration, after several backlashes against his initiatives to move integration forward. Sidelining the European Commission and its proposals to tackle the euro and refugee crises, member states have reinforced the dynamics of an intergovernmental Union. In Juncker’s mind, it was about time that member states worked to avoid the risk of disintegration (scenario 2 of the White Paper), conscious that the appetite for a federal Union was low after Brexit (scenario 5).

The criticism came from those who argued that, if Juncker’s Commission was the “most political”, presenting disintegration as a plausible scenario was a dangerous move. Instead, Juncker should have proposed a way forward, making full use of the Commission’s right of initiative and not opened a debate on the future of Europe, as think tanks tend to do.

Between then and his annual ‘State of the Union’ speech, which he delivered on 13 September, a constellation of forces has gathered behind multispeed Europe (scenario 3). Emmanuel Macron’s election in France and the slow but steady acceptance of the formula by Angela Merkel has increased the prospects of reform in this direction. Also, in Versailles, Italy and Spain rallied behind the multiple speeds formula. Even the Commission considered this idea not so long ago.

But in his speech, Juncker argued against a multispeed Europe. Instead, he advocated for all countries to join the Eurozone by 2019 and to open Schengen to Bulgaria, Romania and Croatia as soon as possible. There shall be no such thing as “first class” Europe if all countries share the same currency and enjoy freedom of movement. Full integration is the final destination and “ever closer union” arises from its ashes. Moving on from his White Paper, Juncker outlined the formula of a desired sixth scenario: a human, protective and democratic Union, with a reinforced (and completed) Eurozone – as summarised by Pierre Moscovici, the European Commissioner for Economic and Financial Affairs, Taxation and Customs.

The paradox for multispeed Europe is that when big member states seem to rally behind one of the options foreseen in the White Paper, a more flexible Union, this is no longer desirable for the Commission. The different views between big member states and EU institutions on the way forward are, to an extent, back to square one. And Macron will further reinforce this split when he unveils his proposals to move along multispeed Europe soon after Germany’s election.

To be fair, there are several hurdles for multispeed Europe to clear. Germany and France have different understandings of what Eurozone reform really entails. Macron favours a larger EU budget for joint investment and solidarity, a Eurozone finance minister and a parliament for the euro. But Germany would prefer to scale down these reforms until further convergence between Eurozone economies is achieved. Germany Finance Minister Wolfgang Schäuble also believes that debtor economies must undertake sufficient reforms before setting in motion any risk sharing mechanism.

Juncker has shown sympathy to those who most fear multispeed Europe. The rift between the “ins” and the “outs” risks splitting the EU27 if the latter perceive that reforms will affect their capacity to have a say in the process. Juncker’s backtracking is something that opponents of multispeed Europe, such as Poland, which is also caught in a fight with the Commission over the use of Article 7, will welcome. But despite current alignments with Juncker on multispeeds, it is unlikely that Poland and Hungary will stand by the Commission if the feuille de route resembles any sort of European federalism.

Finally, multispeed Europe is a method, not a political goal. Goal-wise, it is reasonable that the European Commission aims to strengthen European integration and avoid any kind of “second class” Europe. But as a method, a multispeed or flexible Union still has a comparative advantage vis-à-vis the alternatives. In a Union incapable of delivering long-lasting solutions to its crises and where member states have often preferred zero-sum outcomes in their negotiations, institutional paralysis will always be a plausible outcome when the next crisis hits. Regardless of the UK leaving the EU, it will still be difficult to agree on major steps forward in the EU27 if other member states continue to disagree on crucial EU policies and if the Commission is sidelined from crisis management.

Then, when divisions reemerge, the debates on the need for a flexible Union will also resurface: the boomerang of European politics that keeps coming back. This will make it all the more likely that the first scenario of Juncker’s White Paper, muddling through, will eventually materialise.

Pol Morillas – CIDOB
Pol Morillas is a Research Fellow in European Affairs at the Barcelona Centre for International Affairs (CIDOB). He is on Twitter @polmorillas 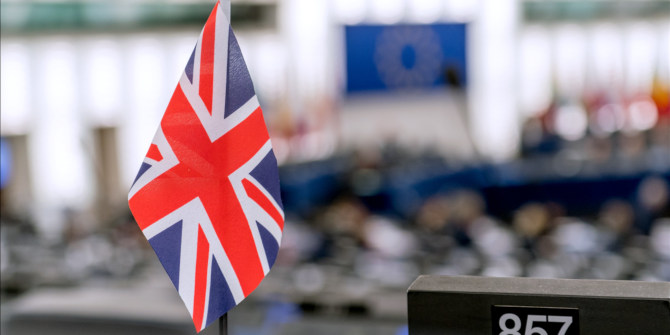