Portugal held local elections on 1 October, which were viewed as a key test for the country’s government, led by António Costa. The results saw Costa’s Socialist Party (PS) receive the largest vote share, while the opposition PSD experienced a loss of support. Marco Lisi assesses what the outcome means for Portugal moving forward, noting that the results illustrated the resilience of the Portuguese party system, which has remained largely immune to the emergence of new anti-establishment parties.

Local elections are usually considered to be ‘second-order’ contests, characterised by low levels of mobilisation and a low level of interest from voters, who have traditionally used local polls to punish sitting governments. Yet the local elections held in Portugal on 1 October were interesting on several counts.

First, the contest featured an important test not only for the government’s popularity, but above all for the broad leftist alliance that emerged after the 2015 legislative elections. On that occasion, after an inconclusive result, the Socialist Party (PS) was able to sign an agreement with two radical left parties – the Communists (PCP) and the Left Bloc (BE) – who subsequently gave their parliamentary support to a minority socialist government headed by the leader of the PS, António Costa. This was a major watershed moment in the evolution of the Portuguese party system since the establishment of democracy, given that the two radical left parties have always played the role of anti-government forces.

Second, the election was held against the backdrop of a strengthening Portuguese economy, thus departing from the negative outlook that has characterised Portugal in recent years, and which reached its nadir in 2013 during the troika’s intervention. All of the main economic and financial indicators have moved in a positive direction over the last year, with solid growth, a deficit comfortably under 3%, lower rates of unemployment and an improvement in the wider financial outlook for the country. These results were achieved through a model that aimed to ‘turn the page on austerity’, while at the same time outperforming EU fiscal targets.

Third, contrary to the second-order election model, this local election had a level of national salience because it was the first electoral test for Costa since he took office in December 2015. The campaign was fought on national issues, which in the end favoured the incumbent party given the positive economic and political context. In addition, the election brought to the fore the competitive tensions that exist between the leftist parties, who declined to take part in a similar alliance to that established at the national level (the so-called ‘geringonça’, i.e. ‘contraption’).

A victory for the PS

While the 2013 local elections were considered to be a triumph for the PS, which was then still in opposition, the 2017 results were even better for the Socialists, who were able to increase their share of the vote and their number of mayors (from 149 to 159). However, the headlines on election night focused mainly on two key losers.

The first was the centre-right PSD (Social Democratic Party), which obtained its worst result ever at local elections. It lost the most populous cities and won only 79 municipalities (plus 16 in coalition with the right-wing party CDS-PP). The party suffered a particularly large defeat in Lisbon, where the PSD candidate was relegated to third place with a mere 8.1 per cent of the vote.

The other net loser was the PCP. The party saw its vote share diminished by almost two percentage points (from 11.1 to 9.5) and, most importantly, they also lost their power in important strongholds, especially in Alentejo and the Setúbal peninsula. Most of these municipalities were won by the Socialists. The loss of Almada had a notable symbolic quality, given that it was considered the ‘crown jewel’ of the Communists.

The main beneficiary was the PS, which managed to increase its vote share. The right-wing CDS-PP also registered a good performance by increasing their number of councillors and securing a positive result in Lisbon where the candidate was the CDS-PP leader (Assunção Cristas). As for the BE, despite its structural weaknesses at the local level, it increased its vote share (from 2.4 to 3.3 per cent) and performed relatively well in more urban areas.

Making sense of the results

Overall, the 2017 local elections confirmed the resilience of the Portuguese party system, which has remained largely immune to the emergence of new anti-establishment parties, as seen in other European countries. The vote for independent candidates remained quite low (6.9 per cent), while no new parties were able to gain representation.

The elections showcased the relatively low level of fragmentation and polarisation that exists in Portugal, while the main parties also still appear to be able to contain the public’s disaffection. This was also seen in the turnout rate, which increased from 52.6 to 55 per cent, thus reversing the negative trend registered over recent decades. This was good news for Portuguese democracy, especially in view of the low levels of intensity surrounding the electoral campaign.

The results of the election will have important implications for national politics. The PSD’s disappointing performance led to the resignation of former Prime Minister, Pedro Passos Coelho, as the party’s leader. Times are tough for the PSD, and the party will need to look for a new strategy that is capable of regaining voters’ confidence and rebuilding their image among the public.

It remains to be seen whether the new leader – to be elected by direct election within a couple of months – will be able to avoid the stigma of the party that went ‘beyond the troika’. Given the favourable economic context and the ability of the incumbent government to be more responsive to citizens’ preferences, this election may pave the way for a period of socialist hegemony and strengthen the stability of the Portuguese party system, thus confirming its insulation from the seismic shifts that have been seen in other Southern European countries.

However, the 2017 local elections also brought some uncertainty for the current government. The heavy losses suffered by the PCP will probably lead the Communists to rethink their strategy of having ‘one foot in and one foot out’ of government. They may instead attempt to emphasise their protest component to rebuild support. Its numerical indispensability for the government’s survival could put more pressure on the socialists to implement the PCP’s flagship proposals, such as a reform of labour legislation, and the protection of public employees.

On the other hand, if the trends in public opinion continue to be favourable to the PS – polls currently point to the Socialists as being the frontrunner in a hypothetical election – snap elections might enhance government stability and the Socialist’s grip on power. If this strategy fails, however, there may need to be a second phase of the ‘geringonça’, this time based on a narrower alliance between the PS and the BE. The next steps for the key actors involved are still unclear, and their strategies will depend on the political and electoral context in which the next legislative elections are held.

Book Review: The Europe of Elites: A Study into the Europeanness of Europe’s Political and Economic Elites 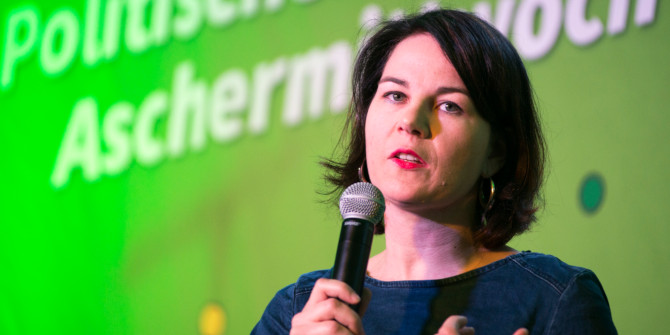 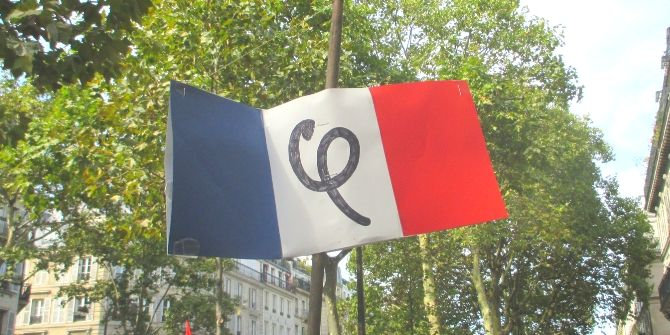